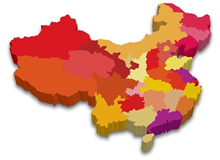 During the past year, Beijing has taken moderate measures to control the property bubble, as I expected. As a result, large developers have accelerated their international investments.
Today, some worry that as China's economic development continues to slow, the government may make more changes in the property sector to maintain growth. While last year's GDP figure of 7.4 per cent was way ahead of other economies, it was the lowest rate in 24 years, and many industries saw a slump in business.
In addition, European economies are still stuck in a quagmire, the US recovery is weak and the Ukraine crisis has potential to expand. Thus, you could say that China's domestic macroeconomic situation is fraught with internal and external troubles. The monthly economic indicators also show that China's growth is likely to continue on a downward trend.
Wang Shi , chairman of Vanke Group, the godfather of the Chinese real estate industry and for many years the country's biggest developer, said recently that although there is a domestic real estate bubble, whether it will burst depends for the moment on if more stimulus measures are implemented.
Shortly after Wang spoke, the People's Bank of China announced that the deposit reserve ratio would be cut by 0.5 percentage points from February 5, a move expected to release 700 billion yuan of liquidity into the banking system. This is the first time the central bank has dropped the deposit reserve ratio since May 2012, and the second recent measure designed to increase liquidity after the cut in interest rates by 0.25 percentage points last November. This year, more easing measures are likely as pressure from a slowing economy continues.
However, these moves are not enough to give the real estate industry any illusion, let alone expectations, that the government will introduce bailout policies. Wang's conclusion only told part of the story. The Chinese property market bubble will not burst in the short term because everyone knows that a collapse would be a huge disaster, more lethal to China and the global economy than the 2008 financial crisis in the United States.
Furthermore, the speed of development in the real estate industry is an economic issue, but a burst bubble is a political issue strong enough to affect China's social stability. For example, when the largest real estate company in Shenzhen, Kaisa Group, was recently on the verge of bankruptcy, the first reaction of many affected property owners was to go to the city government to protest. While the company's troubles continue to mount, can the Shenzhen municipal government really afford the social cost if the company goes bust, not to mention the potential country-wide range of disasters that may be triggered?
Wang's comment was also a warning that monetary policy stimulus will further inflate the housing bubble. This fear seems redundant, because the current control policies are mainly based on purchase and credit limitations designed to inhibit investment behaviour, rather than to temper demand for housing as a place to live. Although a partial easing will tend to stimulate investment, its impact will be limited.
Furthermore, a unified property registration system is expected to be implemented in some areas this year, which will lay the groundwork to not only combat the multiple property holdings of corrupt officials, but also implement future tax policies on investment property.
Gradual improvements to these policies will fundamentally curb the property bubble, and enable the market to return to normal supply and demand.
With sales dropping, and developers diversifying, it seems that China's property market has reached a turning point.

This article appeared in the South China Morning Post print edition as China's property market has reached a turning point.