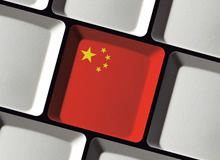 It has been reported that the government-led merger proposal between China's two top train manufacturers, CSR (HKG:1766) Corporation (China South Locomotive & Rolling Stock Corporation Limited) and China CNR (HKG:6199) Corporation (China CNR Corporation Limited) has been submitted to the State Council, and will be approved within a few weeks if all goes well. In this round of reform, the government has constantly emphasized that "the market should play a decisive role in the allocation of resources," so there was some questions whether the administrative intervention in the merger proposal was contrary to that stated goal.

Can it be argued that the post-merger monopoly in the train manufacturing market, along with the government's active intervention, runs counter to the true intention of deepening reform? Are there any deeper considerations behind this? If the plan is approved by the State Council, how can they avoid leaving the outside world with the impression that they are inconsistent in their words and deeds?

At the end of October, one financial media outlet reported this event under the headline "The State Council Promotes Merger of CSR and CNR" and reported that the reason for the merger was that the two state-owned enterprises had lowered their prices as a result of fierce competition in the overseas markets. After the report was published, the outcry of dissent on the internet was overwhelming.

In 2013, the total combined sales revenue of CSR and CNR exceeded 149 billion yuan (or $24 billion), so the integration of the two corporations would add another Chinese central enterprise member to the list of the world's top 500 in 2015. This may be another reason for relevant departments to promote the merger. But this raises the question - what is more important, artificially creating a monopoly in the domestic market or adding a member to the Fortune 500?

"...this integration will further enhance the overall competitiveness of China's rail transportation equipment industry, and there is hope that high-speed EMU (electric multiple unit rail carriage) manufacturing will lead to an overall improvement in China's electronic, electrical, materials, and machinery core technology."

It's a good idea in theory, but the reality may not be quite so positive. A review of all the so-called Fortune 500 companies in China shows that most of them are not able to compete internationally, nor can they be truly called multinational corporations. Corporations such as Huawei, Lenovo, Alibaba (NYSE:BABA), Tencent (OTCPK:TCEHY), etc., all rose from fierce competition in the domestic market, which helped them develop into global leaders in their industries.

Large-scale monopoly in the domestic market is not only useless for enhancing the competitiveness of enterprises, but it also dilutes their sense of competition and undermines their ability and their incentive to develop. Market competition is the basic feature of the market economy and it requires the survival of the fittest to optimize the allocation of the factors of production. Are these basic principles of economics not applicable to the railway industry? Have the supporters of the merger forgotten the words of the well-known Confucian philosopher Mencius, "Hardship will lead to prosperity, while comfort will incur destruction"?

In addition, one of the important platforms from the Third Plenary Session of the 18th Central Committee of the CPC was to "speed up the development of the socialist market economy," and the rail industry has long been one of the industries with the lowest level of marketization because of its special nature. The rapid development of China's high-speed railway, bullet trains, and urban center metros in recent years has created a huge domestic market, which is in fact the world's largest. The intense competition in this market that took place between CSR and CNR after their separation in 2000 led to continuous improvements in research and technology for both companies, and business grew nearly 10-fold. As a result, they have gradually developed some capability to compete at an international level, but there is no doubt a return to an absolute monopoly would be a step in the wrong direction.

Due to the significance of this transaction, the two companies have been ordered to suspend stock trading for almost one and a half months, a rare occurrence for two large state-owned enterprises listed on both the Shanghai and Hong Kong exchanges. Obviously, the decision-makers are seriously considering the merger proposal.

If the intention of the merger is to avoid fierce competition in the international market so as not to undermine the interests of shareholders and the nation, then the procedure will not be too complicated. For example, if the new corporation after the integration is designated as the parent holding company, the current situation, with independent operations and separate listings on the stock markets, can be maintained, with each entity coordinating their respective strengths to develop their places in the international markets in the name of the parent. With the gradual future growth of the two corporations, when both have the ability to compete with the international giants, the government should then let them go to battle with each other.

If the merger aims to "nurture" China's 101st Fortune 500 company, the procedure described above can also be considered. But if the relevant departments insist on full integration to improve economies of scale, to optimize efficiency, or to promote overall R&D capability as they claimed, then the two integrated companies must also keep their domestic market competition mechanisms in place because this will be critical for accelerating the development of the socialist market economy.

Investors are anxiously looking forward to the resumption of trading of the two enterprises as soon as possible in order to derive a small fortune; those who are concerned about reform hope that the merger procedure is a wise one leading to a satisfactory outcome. As one reporter has noted, at a time when China is carrying out antitrust investigations against foreign investment, Beijing's initiative to integrate the two largest state-owned railway vehicle enterprises will test its commitment to the reform of state-owned enterprises.