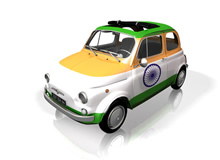 It has been little more than two months since the Prime Minister Narendra Modi led government formed the Union Government after obtaining substantial majority in Lok Sabha during the April-May 2014 General Election.

Poor economic management, and the widespread perception that many decisions taken by the previous UPA (United Progressive Alliance) government, led by the Indian National Congress (INC), were not being taken in national interest, were major factors in favorable results obtained by Prime Minister Modi’s Bharatiya Janata Party (BJP). Widespread perception that UPA government had over many years significantly undermined functioning of the constitutional bodies for partisan purposes, eroding trust between the government and the governed, also contributed to the BJP’s victory.

Three examples may be cited. The first concerns the decision to refine rather than discard Aadhar project and Direct Benefit Transfer (DBT). It has been reported that in this decision, a meeting of the Prime Minister with Mr. Nandan Nilekani, a well-respected former corporate executive from the IT industry and a Congress Minister in charge of the Aadhar Project in the previous government, played an important role. Willingness at the highest executive level to have a dialogue on a flagship project of the previous government, and recognizing its merits, has sent a positive signal to the nation.

The second example is the tendency to focus on economic management and on improving governance rather than on highlighting mismanagement and lack of competence of the previous government. Thus, both the Railway Budget and the main Budget, both first of the new government, have focused on the current and future initiatives and eschewed the past.

After a considerable lag, the country has a Railway Minister who deserves to be in charge of the Indian Railways. His focus on improving the functioning of the Indian Railways, encouraging technology, improving organizational and individual incentives, and introducing competition and contestability is consistent with analytical and empirical experience globally in reforming public sector enterprises.

An explicit linkage with economic and physical infrastructure needed for better physical connectivity for people and for goods to serve the needs of INR 120 trillion economy (assuming 12 percent nominal growth is sustained, the size of the economy will be INR 480 trillion by 2026, only 12 years away), and international trade in goods and services amounting to USD 1.2 trillion) is also being made.

The third example concerns the launch of a portal (http://india.gov.in/my-government) organized around key themes, to communicate with the government. There is also proposal for Bank of ideas and innovations for infrastructure to be set up. The new government recognizes that chances favor the connected mind, and that new ideas are vital in improving productivity. Ideas sought from those in the social media, and the general public, represent a good base to begin to build trust between the government and the people.

There are indications that Prime Minister Modi’s government has improved perceptions about India, and its growth prospects. This is illustrated by Barclays Bank highlighting that 6 percent growth is closer than commonly perceived (August 1, 2014, Emerging Markets Research). Other researchers have also revised growth rates for India upwards.

These are difficult goals with inherent trade-offs requiring considerable skills and competence in economic and political management. At a time when confidence in India growth story need to be further restored as well as sustained, and significant geo-economic and geo-strategic risks exist across the world, policymakers must especially guard against potential downside risks in the economic management approach and initiatives which they undertake.

An additional constraint which requires greater recognition is that India’s current government administrative practices, and mind-sets of political other leadership need reorientation, with greater focus on outcomes or results obtained, rather than on spending.

The current government structure, therefore need to be reoriented towards outcomes, while recognizing weak fiscal position. Those urging the government to take bolder (some call it transformative) approaches, may well consider that any organization, let alone as large as union Government, (the 2014-15 Union Budget Proposes spending of INR 18.0 trillion (about USD 300 billion, equivalent to 16.3 percent of GDP, and tax revenue of INR 13.6 trillion, equivalent to 12.4 percent of GDP cannot be undertaken at a speed for which the system is not ready. The total number of government and semi-government employees in the country is around 25 million, with Union government employees numbering about 4 million.

The above recognition helps to explain the decision to obtain better performance from the existing government structures and organizations, assisted by better policy, program, and organizational coherence, application of requisite technology, and injection of appropriate economic reasoning and literacy.

Focus on obtaining better performance from existing structures is also consistent with the economic management approach adopted when Prime Minister Modi governed the state of Gujarat as its Chief Minister.

However, this approach has limitations. Once there are positive results, and confidence and capabilities of government systems, and societal mind sets become more aligned with achieving more rapid growth, appropriate initiatives can be undertaken. This will require changes by all stakeholders, including the general public, and will need improved leadership at all levels, not just in the government. Reforms are a process, not an event. Therefore, sustaining reforms is critical, particularly as India’s aspirational segment of the population will grow in the coming years.

Prime Minister Narendra Modi led government has made a sound start in tapping growth and employment generation drivers, in improving public financial management, and in addressing large distortive demand-supply imbalances. The critics should not let the best be the enemy of the good by drawing hasty conclusions, and advocating bolder initiatives before the system is able to translate them into desired outcomes.

This article was originally published as "Key Economic management Characteristics of the PM Narendra Modi Led Government", by the Sanchar Times, on August 10, 2014.

The author, Mukul G Asher, is a Professorial Fellow at the National University of Singapore, and a Councilor at the Takshashila Institution.