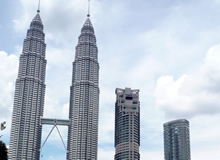 Malaysia Should Not Mix Tax Collection with Wealth Generation

The Government of Malaysia introduced a Bill in June 2014 to amend the Inland Revenue Board (henceforth the Board) of Malaysia Act 1995. The Government has since put on hold the proposed amendment to the Act. The indications are that it will be re-tabled during the budget session in October 2014.

Nevertheless, it may be instructive to analyze the implications of the Bill for public financial management and for macroeconomic management as the Bill’s proposals undergo reconsideration.

The primary function of the Board is to act as an agent of the Government to help administer designated Acts, including the Income Tax Act 1967, Real Property Gains Tax 1976, and the Stamp Act 1949. It also administers the Act under which investment incentives are provided.

The Board’s primary function therefore is to collect designated taxes, for which it receives a fee equivalent to 1.5 per cent of the taxes collected. Its collections in 2014 are projected to be RM 140 billion (equivalent to USD 43 billion at current exchange rate) and accounts for around 55 per cent of the total Federal government tax revenue. The Board would thus receive RM 2.1 billion as agency fee from the government in 2014.

The main merits of the agency method of collecting taxes is the flexibility provided to the Board to structure organizational and staff incentives, and upgrade its technology, to align with the increasingly complex task of tax collection in a globalized era providing significant opportunities for tax-base shifting to lower tax jurisdictions. Under an appropriate governance structure and performance measurement, this arrangement could be more effective than the use of traditional civil service structures for developing a professional, service- oriented and accountable tax organization.

The Bill permits the Board to set up an Investment Panel (IP), to invest funds in wide range of assets, including setting up of new companies, and initial public offerings of companies. In contrast, according to the 2011 Annual Report of the Board, the latest available, the Board has invested RM 255 million (USD 80million) of its surplus funds in fixed deposits with licensed banks. The current available surplus for investment is therefore too low for constituting a formal IP.

The IP will be controlled by the Finance Minster, with six out of seven members directly or indirectly appointed by the Finance Minister. While the investible surplus after meeting staff cost and other obligations is likely to be relatively small (total fees are estimated to be RM 2.1 billion in 2014), the provision (already in Section 23 of the existing legislation) that the government may provide grants to the Board for IP to deploy the funds, could potentially lead to much larger amounts if this is invoked in the future.

The reported statement of the government that the income generated by the IP is designed to improve Board staff’s remuneration raises questions concerning the modalities by which such income will be channeled to individual staff, and fairness with respect to remuneration package for other tax collection agencies, and for other government employees. If the funds with the IP are large, uses in addition to augmenting staff remuneration of the Board will need to be considered.

There is therefore potential for the IP located within the Board, and outside the normal legislative oversight, to become a quasi-investment fund. If the Bill is passed and implemented, this will situate tax collection, the traditional function of the Board, with wealth generation, the proposed function of the IP. These two require very different skill-sets, mind-sets, and scale. A government investment fund, often called sovereign wealth fund (SWF), requires at least around USD 20 to 25 billion to permit requisite expertise and support systems to be credible.

Vesting the Board with both the functions could thus lead to organizational and policy incoherence.

Malaysia already has other funds, including SWFs that meet the above requirements. These include Employees Provident Fund (assets to RM 600 billion, USD 186 billion); Permodalan Nasional Berhard (assets of RM 237 billion, USD 73 billion); and Khazanah Nasional (assets of RM 135 billion, USD 42 billion). Malaysia has also set up a state investment fund called 1MDB (Malaysia Development Berhard). Data on its total assets are however not available.

Thus, starting another such investment fund, does not have a strong rationale. Instead, the surplus can be more effectively invested by other state control funds. The Bill’s proposal to set up an IP within the Board is also inconsistent with the good public financial management practices. These encourage all tax and non- tax revenue (except borrowing) to be credited to a consolidated Fund from which expenditures are undertaken. The comprehensiveness and single depository of revenue and expenditure is more conducive to transparency and accountability, and lowers the probability of incurring fiscal risks and contingent liabilities from fiscal operations.

Malaysia has relatively high level of federal debt (around 55 per cent of GDP with little prospect of declining); and large contingent liabilities, i.e. a potential fiscal claim whose probability can be estimated based on the occurrence of particular event, such as a default on government guaranteed fund, or failure of public sector financial institutions. Such liabilities are not included in the budget statement. Inclusion of separate statement of estimates of such liabilities and of potential fiscal risks is however desirable.

Malaysia’s public sector balance has been persistently negative, averaging 4.8 percent of GDP annually for the 2008-2012 period. The IMF projects such negative balance to continue in the medium term. Malaysia’s household debt in 2012 of about 80 percent of GDP is also high compared to other countries.

It is widely perceived that the confidence level in the large funds managed by the government, such as the EPF, and 1MDB, has substantial scope for improvement. Thus, questions have been raised about 1MDB’s inconsistency and delays in financial reporting, its limited transparency, and potential contingent liabilities arising from its USD 11 billion debt, while the total size of its assets remains unclear.

The 2014 Bill could hamper the task of Malaysia’s Fiscal Policy Committee (FPC), setup in June, 2013 to manage or to help ensure fiscal sustainability and long term macroeconomic stability. In its 2013 Article IV consultation report, the IMF had suggested that the FPC should progress towards greater operational independence, improve professionalism, enhance transparency of fiscal operations, and contribute to better quality public policy debates on Malaysia’s public financial management.

The 2014 Bill however is likely to lead to heightened perceptions of Malaysia’s fiscal risk, and to concerns about Malaysia’s international competitiveness. In the current uncertain and gloomy global macroeconomic prospects and heightened financial and capital market risks, the timing of the 2014 Bill is therefore also wrong.

The above analysis suggests that the Government’s decision to reconsider the proposals contained in the June 2014 Bill is a positive step. It is hoped that a re- tabled Bill version in October 2014 would address the serious concerns raised in the above analysis.

Mukul G Asher is a Professorial Fellow at the Lee Kuan Yew School of Public Policy, National University of Singapore, and a Councilor at the Takshashila Institute, Bangalore.