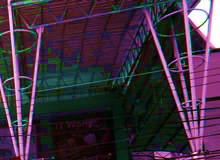 The region's miracle development came to a screaming halt, although rapid growth was restored within a year or two and continues to this day. The International Monetary Fund (IMF)exacerbated the situation with its misdiagnosis of the crisis, and inapprorpiate bitter medicine. The IMF still suffers from a "stigma" in the region, and is regularly forced to "kowtow" to the region's leaders. Further, the AFC provided a great stimulus for regional cooperation, especially through the "ASEAN plus 3" process, with initiatives like the Chiang Mai Initiative Multilateralized, and the Asian Bond Market Initiative.

But has the region learnt the harsh lessons, and made the necessary reforms?

The starting point for exploring these issues is the Asian economic miracle. Although people will still argue the point, East Asia really did enjoy miraculous economic growth following World War 2 and leading up to the 1997 AFC.

It was a miracle in many ways. First, after the War, no-one ever imagined that Asia could develop in such a way. Many bets were put on resource-rich Africa. And the consensus was that the prospective stars of Asia would be Burma and the Philippines, both of which have been among the region's weakest performers. Second, never in the history of the world had such rapid economic growth been seen before. The Industrial Revolution was a dawdle by comparison.

In North East Asia, especially Japan and Korea, government played a major role in the policies that generated the miracle. Rapid development was driven by exports, but not free trade. Imports were greatly restricted, as was access to foreign exchange. Government basically created export machines, and the role of imports and foreign exchange was to feed this export machine.

Driving this export machine was high investment, financed by domestic savings. Well educated work forces, prudent macroeconomic policies and good infrastructure were also important elements – as was a demographic dividend as the share of the working population rose relative to the total. But producing exports for international markets meant that local enterprises were riding up a steep learning and innovation curve which kept productivity growing strongly and promoted catching up towards global best practices.

Foreign direct investment was virtually non-existent. Foreign technology was sometimes licensed. Imports were copied by reverse engineering. Industrial espionage was probably rife. Sure governments were corrupt. Mistakes were made. But overall it worked, as these economies quickly rose to global standards. But the key was the domestic learning process thanks to the nexus between capital accumulation, human capital formation, and assimilation of foreign technologies.

Financial sectors remained underdeveloped. Some banks were owned by enterprises (often family-owned). Moreover, governments used banking systems as mere instruments to finance their development plans. Finance was allocated to enterprises, mainly big ones, which were key to development strategies. Other elements of a mature financial system, notably stock and bond markets, were never really allowed to develop.

Exchange rates were basically kept fixed to the US dollar. This provided price stability for exporters. And with access to international financial markets virtually closed, a fixed exchange rate could be maintained.

Unfolding of the Asian Financial Crisis

In the 1990s, a number of East Asian countries started opening up access to international capital markets without however setting the necessary regulatory and prudential framework to manage the new risks of liberalized financial markets. Local banks and residents could now borrow internationally. They were not just restricted to borrowing locally. International banks could chase clients in East Asia.

These were the heady days of the “East Asian Miracle” which had captured everyone’s attention. The World Bank even wrote a book with this title. International investors thought that the region could do no wrong. And locals in the region also believed the hype.

So even though the region barely needed to borrow external savings, there was a frenzy of capital flows. Interest rates were lower overseas. Sure, banks and enterprises were taking out short term loans to finance longer term investments. But these could be rolled over (?), the party would go on. Sure, the loans were foreign currency denominated. But with exchange rates fixed, there was no risk on that front.

Then asset bubbles started popping up in real estate and stock markets, and over capacity developed in some sectors. Many realized that investment projects financed by foreign capital were not always sound. And then like all herds, these foreign investors got cold feet and exited the region as quickly as they entered it. We were into a boom-bust cycle.

This is a pattern that has become only too familiar. International investors go from one excess to another. Hot money only too quickly becomes cold money. Those Asian borrowers who had taken out short term loans were left with nothing, as loans stopped being rolled over. And because they still had fixed exchange rates, East Asian governments saw their foreign exchange reserves rapidly depleted, as they financed the repayment of all of these loans.

The IMF then bumbles into the picture

The high priests from the Washington-based International Monetary Fund (IMF) then moved into the picture. Their job is maintain global financial stability.

In its own words, “The IMF provides loans to countries that have trouble meeting their international payments and cannot otherwise find sufficient financing on affordable terms. This financial assistance is designed to help countries restore macroeconomic stability by rebuilding their international reserves, stabilizing their currencies, and paying for imports—all necessary conditions for relaunching growth.”

The IMF is however like an old grandmother which puts all sorts of tough conditions on its loans. The IMF was however most used to the wild-spending crisis cases of Latin America.

And so the IMF told the Asian crisis countries to take some Latin American medicine – cut government expenditure, increase interest rates, hold the exchange rate up, and so on. These are the sorts of things you should do when a financial crisis has been caused by a reckless irresponsible government. In East Asia’s case, this was not the case. It was a reckless and irresponsible private sector that caused the crisis.

The IMF’s bitter medicine made things only worse. The crisis-affected countries stumbled from recession to depression. In Korea, IMF became known as “I’M Fired”.

The IMF could see that it had made a big mistake. It quickly adapted its policy approach. Pressure to cut public expenditure was reduced. Exchange rates were allowed to float and depreciate.

Lots of things were to happen, but East Asia recovered very quickly as strong exports led the way.

Some lessons and responses to the East Asian crisis

(iii) Balanced opening of the capital account. Korea was very notable for having very closed policies to foreign direct investment, while it opened up to other capital flows, like short term financing. One way to reduce vulnerabilities to crisis is to try to attract more foreign direct investment which is usually a more stable form of finance. Korea has done this, and is now receiving increasing amounts of FDI.

(iv) Develop local stock and bond markets (capital markets). This is a means of reducing reliance on international capital markets, and is particularly relevant because so much Asian capital is in fact invested outside the region. Many efforts like the Asian Bond Market Initiative have been launched in this direction. Progress is being achieved, but it has been slow. Rising capital flows into the region following the global financial crisis could provide a boost.

(iv) An Asian IMF? At the time of the Asian financial crisis, Japan proposed creating an Asian IMF which could deal with regional financial stability issues. The US government quickly killed the idea, which was also not supported by the Chinese government. In its place, the so-called Chang Mai Initiative Multilateralized (CMIM) was launched. It is still far from clear how useful this will become. At the same time, the IMF has learnt many lessons from the Asian financial crisis and has fundamentally changed. The IMF still has a deep “Stigma” in the region, and very few governments would be willing to accept finance from the IMF.

(v) Economic strength. It seems clear that financial volatility and crises are one of the Achilles heels of globalization. To some extent, the only way to cope with capital volatility is by being strong. The crisis-affected countries have been performing quite well over the past decade or so. But social instability, political fragility and governability remain challenges in many Asian countries.

Today, Asia is on top of the world again, as the US struggles to recover from its financial crisis, and Europe remains mired in its sovereign debt crisis.

It may be difficult to imagine another financial crisis striking the region. But as the work of Charles Kindleberger demonstrates ever so clearly, no country is ever free from the risk of financial crises.

Today Asia is in fact exposed to many financial risks. Quantitative easing in the US, Europe and now Japan is feeding flows of money into the region, which one day might make a "U-turn", like they did in 1997.

In many countries, domestic banks still conduct "connected lending" of questionable quality to favored large companies. Domestic banks are also being used to stimulate many Asian economies, especially China, resulting in much bad lending and non-performing loans. And political uncertainty and corruption is provoking illicit capital flows to the West from countries like China, Malaysia and the Philippines.

And the most important lesson of the 1997 AFC is that the first sign of a potential crisis is excessive complacancy and hubris. Asia beware!!

- Manias, Panics and Crashes: A History of Financial Crises, by Charles Kindleberger.