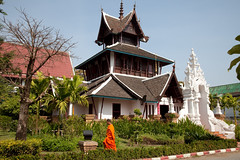 The AFC was a traumatic experience for East Asia. Indonesia, Korea and Thailand had to resort to massive bailouts from the International Monetary Fund (IMF). The harsh conditionality of the IMF bailouts provoked bitter resentment, especially in light of the IMF's misdiagnosis of the nature of the AFC (which the IMF subsequently acknowledged).

This resentment was due in part to the very limited influence that Asian countries had on IMF crisis resolution measures. Despite the IMF being a global institution, the conditions of the bailouts were dictated by the IMF, with the US Treasury and the Federal Reserve exerting strong influence behind the scenes. To this day, the IMF is plagued by a "stigma" in Asia which means that it would be politically very difficult for any of these countries (and most Asian countries) to accept an IMF program today.

Another source of frustration came from the fact that at the time the Asian region as a whole was running a savings surplus, which was mainly invested in US dollar denominated assets. It was thus decided to further develop regional financial safety nets. This led to the progressive development of the Chiang Mai Initiative Multilateralized (CMIM).

The development of the CMIM has been a long and winding road.

The first step in the development of Asian regional financial safety nets took place in August 1977 when central banks and monetary authorities of the original five ASEAN countries (Indonesia, Malaysia, Philippines, Singapore, and Thailand) agreed to establish reciprocal currency or swap arrangements. The ASEAN Swap Arrangement (ASF) was created with an initial maximum total amount of $100 million, which was subsequently increased to $200 million in 1978. This small amount was totally inadequate when the AFC struck.

The CMI was then created in 2000 by expanding the bilateral swaps of the ASA both in size and membership to include all ASEAN members and China, Japan and Korea ("ASEAN plus 3 countries"). The CMI was intended to "supplement" the existing financial facilities of the IMF. But when the Lehman shock struck in September 2008, and short-term capital quickly exited emerging economies, CMI members requiring liquidity did not seek to use the CMI. Korea and Singapore borrowed from the US Federal Reserve, while Indonesia secured finance with a consortium led by the World Bank.

Thus, to improve this regional safety net, in 2009 the CMI was "multilateralized" to become the CMIM, a self-managed reserve pooling arrangement, governed by a single contract. ASEAN countries would contribute 20%, while the "plus three" countries contributed 80% -- 16% by Korea and 32% each by Japan and China (including Hong Kong). The CMIM came into effect on 24 March 2010 with $120 billion.

In 2012, the CMIM was doubled in size to $240 billion. A crisis prevention facility was also introduced to provide short-term liquidity support to address sudden but temporary liquidity shortages, called the CMIM Precautionary Line (the crisis resolution mechanism is now called the CMIM Stability Fund). But this new facility does not increase the total amount of funds available.

It was also agreed that a country can now draw up to 30% (up from 20%) of its quota without being subject to IMF conditionality -- with a possible increase to 40% in 2014. To avail of its full quota, the remainder of the amount to be disbursed must be tied to an IMF program.

In 2012, it was also agreed to invite central bank governors of the 13 member countries and the head of the Monetary Authority of Hong Kong to participate in finance ministers forum. This means that officials responsible for tax and expenditure programs will meet with those handling monetary and exchange rate policies. This is now known as the ASEAN+3 Finance Ministers and Central Bank Governors’ Meeting (AFMGM+3)

An independent surveillance unit, the ASEAN+3 Macroeconomic Research Office (AMRO), was set up in 2011.

To assess the effectiveness of the CMIM, it is necessary to understand how it works. Although the CMIM is a common liquidity pool, in reality there is no common or centralized fund. The contributions remain in the central banks of member countries. Thus, the CMIM is a series of promises to provide funds.

In the event of a balance of payments or liquidity crisis, a member government can swap its local currency for US dollars from this pool. Each country's borrowing quota is based on its contribution multiplied by its respective borrowing multiplier. The borrowing multiplier is set at 5 for Brunei Darussalam, Cambodia, Lao PDR, Myanmar, and Viet Nam. For Hong Kong, Indonesia, Malaysia, Singapore and Thailand, it is 2.5, for Korea it is 1 and for Japan and China it is 0.5.

The conditions for securing a swap are a completed review of the economic and financial situation, compliance with covenants, such as submission of a periodic surveillance report, and participation in the ASEAN+3 Economic Review and Policy Dialogue (ERPD). While not complex, these are time-consuming conditions, which are followed by the final executive decision-making process.

Despite the manifold changes and fine-tuning of the CMIM over the years, it is still very questionable whether it is or can become an effective regional financial safety net, even as "supplement" to the IMF. It is worth recalling that some 16 years after the AFC and 13 years after the CMI's initial creation, it has still never been called upon.

First, although the CMIM’s size has been increased substantially, the sums involved are still very low. The amounts available to large ASEAN countries are very much lower than Indonesia and Thailand required from the IMF in 1997-98. By way of comparison, the equivalent European fund had 750 billion euros in 2011, representing 8% of euro area GDP, while the CMIM amounted to only about 1.5% of ASEAN+3 GDP.

Moreover, the amounts available without an IMF program are trivial. This means that for the CMIM to be meaningfully operational, an IMF program is necessary, something which is very difficult in light of the IMF stigma.

The key to making the CMIM really workable, and dropping IMF conditionality, would be creating a strong AMRO which can establish effective systems of surveillance and conditionality. At this point, AMRO is a long way from this, and there is no immediate prospect or even hope of AMRO developing into a credible organization.

The CMIM also lacks a rapid response capacity because of its complex procedures, and also the fact that it is not a fund, but a reserve pooling system.

There are also important issues of equity, since poor countries would be called upon to contribute in the case of a crisis in another country. On the other hand, the CMIM was never intended for use by its biggest contributors – China, Japan, and Korea - one of which required liquidity just a few years ago.

Overall, the CMIM has a long way to go before it could become a credible partner to the IMF. The IMF has much larger sums of money, systems and methods for dealing with financial crises, and despite past errors, the IMF has immense experience in fighting financial crises.

While the CMIM may not yet be an effective regional financial safety net, Asian countries are now much less vulnerable to financial crises than in the past.

Many Asian countries have built up enormous holdings of foreign exchange reserves which they can use to protect themselves from financial volatility. Most exchange regimes are now managed floats. And authorities are alert to the dangers of high levels of short-term foreign debt.

The region has a growing array of bilateral foreign currency swap arrangements, which can draw on these reserves. Bilateral swaps are quickly becoming the main instrument in Asia’s financial safety net. For example, the Philippines has bilateral swaps with China, Japan and Korea, Indonesia with China and Japan, and Singapore, Thailand and Malaysia each have swaps with China.

For its part, the IMF has learnt much from the Asian Financial Crisis and other crises, and is now a very much more pragmatic organization. And even though no Asian country has had an IMF program since the AFC, the IMF is very active in Asia with multilateral surveillance, capacity building and training, and policy dialogue activities. Further, with Asia's growing weight in the global economy, Asian voices are now taken much more seriously than they once were.

The goal for East Asia should be to continue developing the CMIM so it could become a become a credible partner with the IMF by providing meaningful supplementary finance. In this context, the agenda going forward for Asia should include the following elements:

-- building up the size of the CMIM (including through the possible participation of other countries like Australia, India and New Zealand as associate members), and giving it maximum flexibility to respond.

-- greatly strengthening the AMRO as a regional macroeconomic surveillance organization.

-- burying the IMF stigma. All organizations make mistakes. The IMF has recognized its mistakes, and is today a very different organization. It is also important to recognize that many of the IMF reforms imposed on Indonesia, Korea and Thailand have been made a positive contribution to the very good post-crisis economic performance of these three countries.

While effective, massive accumulation of foreign exchange reserves is a very expensive policy, and relying on bilateral swaps leaves countries at the whim of their swap partners.