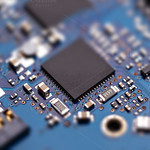 Miller’s account of the evolution of the semiconductor industry is refreshing relative to the often-tortuous efforts by academics to construct complex theories to ‘explain’ such an evolution. His focus on key figures such as Any Grove and Boyce helps to understand the various twists and turns that this significant industry has made during its development. Many of these figures were scientific and technological geniuses, but not many of them were successful entrepreneurs. At least in one case (Micron), the key driver had no technology background, but he had been a very successful potato farmer.

Similarly, his explanation of why the industry blossomed in certain places such as Silicon Valley and then, over time, sometimes lost ground is also very convincing. His account of Intel’s major achievements and its more recent lagging behind the leading edge in innovation helps to understand the common history of many corporations, who may make the mistake of sitting on their laurels rather than continuing to innovate. Intel continues to be highly profitable, despite losing market share and failing, not only to be prepared for the shift to mobile computing, but also more recently to AI.

It is clear that the evolution of semiconductor technology has played a key role in major economic and social developments in recent decades. It has also been central to the development of military strategies as evident in both the Gulf War and more recently in the Ukraine. Despite the significance of this technology in national security, Miller’s account shows that major US chip companies were generally more interested in providing products and solutions for the more lucrative civilian market than for the military. Even today, military expenditure on semiconductors remains rather modest relative to the wider economy. Nevertheless, rivalry between the US and China military agencies is closely related to leadership in semiconductor technology, and while China is showing evidence of outpacing the US in AI applications of this technology, it is significantly concerned about its ongoing dependence on US semiconductor technology.

Miller’s book, not only tracks the technology competition between the US and China in relation to semiconductor development, but also provides deep insights into the how networks of particular companies collaborating have advanced the technology over time. There is little doubt about the role of Intel in the early stages of semiconductor innovation, but even Intel itself appears to be acknowledging that its integrated model of combining semiconductor design with manufacturing has not been the most successful model in the end. The split between design and manufacturing has now been in existence for some decades and has given rise to significant innovation by companies specialising in both areas. In particular, the rise of Taiwan Semiconductor Manufacturing Corporation has played a hugely significant role in the industry to the point where, with Samsung of South Korea, it remains one of the two companies in the world capable of manufacturing leading edge semiconductors, and accounts for around 80% of that global production. The story of the rise of TSMC and the role played by Morris Chang is one of Miller’s key contributions in his book.

In addition to design and manufacturing of semiconductors, another key area of innovation has been the development of Extreme Ultraviolet Lithography machines, each costing $100 million, and essential for manufacturing leading-edge chips. The Dutch company behind this development, which took place over many years, is ASML, which was originally a spinoff of Philips and has been working with major semiconductor companies such as Intel and Samsung in the development of EUV. This close collaboration between the key global companies, all of which are either US companies or are from close allies of the US, is also a key part of Miller’s explanation of the geopolitical background to how this major industry has been developed.