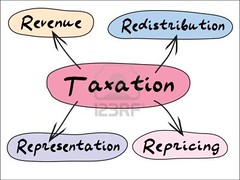 CORPORATE TAXATION FOR THE YEAR ENDING 2020

Corporate taxation in Australia is subject to much emotive discussion and often criticism, as apparently it is seen as being mis-applied and is not helpful to the country. This analysis demonstrates that the system which applies in Australia is complex, rigid and while improvements could be made to the design and application, the system is operating as designed.

There has been a considerable push to reduce the taxation headline rate in order to increase Foreign Direct Investment, and also to increase the pay out to stakeholders, but the analysis shows that the effective tax pay-out is in the lower portion of the international compatriots.

The taxation system is supported by a group of highly qualified executives, they may be in in-house managerial roles, or an external advisor in an advisory company. These people are usually of high quality, and their talents could be applied to other roles.

Corporate taxation consumes considerable executive management time, certainly far more than it really warrants, however, that is unlikely to change in the foreseeable future.  Most of the discussion revolves around the changes which are oft promoted ostensibly to encourage greater inwards FDI, and increased revenue (income) for individual shareholders, but there are other issues which are discussed.

The taxation system in Australia is all encompassing and rather complex, so every effort has been made to provide a practical overview, rather than a legalistic one. We have undertaken a very similar exercise each year for the last five years which gives an opportunity to review trends et cetera.

Additionally, there has been suggestions from some quarters that the tax rate should be reduced in order to be more competitive in attracting inwards foreign investment.

In undertaking the research and discussion associated with this in Australia, it became apparent that increasing international expert time was being devoted to the subject, particularly to the question of taxation rates, and development of tax revenue and importantly the inability to ensure equitable distribution of that revenue.  So the international organisations, primarily the OECD, have planned action to address and it and control this situation.

The Australian Tax Office (ATO) is required to publish an annual report on selected corporate Entities, the information being: the Total Revenue, the Taxable Income, and the Tax Payable, and those Entities are: -

In this tax year, there were 2435 Entities which fit into those categories, and unfortunately there is no information on the accounting profit nor the actual tax paid, only on the “obligation to pay”.  However, to put the information in perspective, the Tax Payable for the previous 4 years 2019, 2018, 2017, and 2016 are also presented and the information as provided is excellent and several of the interesting features are summarized:

The structure of the tax system is relatively stable over time, and some of the other interesting considerations include: -

--  the same taxation profile may apply to the whole of business in Australia, and if so, the country would be missing a considerable amount of tax income
--  There were 133 Entities which had a taxable income, but no tax was payable
--  There are 818 Entities paying NO tax, which is 33.6% of Entities, and of those there were 116 Entities which had a revenue of in excess of $1 Billion, and an additional 6 had a revenue in excess of $10 billion
--  If taxation were paid at the headline rate for all the Taxable Income, the tax would be just on $70 billon, which is $12 billion or 21% above the present taxation obligation.

These factors strongly suggest that a review of the system may result in reduced complexity and possibly an increase in taxes collected.

There is a strong international move to have all multinational companies (MNE) pay tax at an international level of at least 15%.

This is because the present taxation system is not suitable for the current economy with its global and digital base, and the estimate of global revenue losses of around US$500 billion annually and indicate that the greatest intensity of losses occurs in low-income and lower middle-income countries and across sub-Saharan Africa, Latin America and the Caribbean and South Asia.

The scheme being promoted by the OECD and G20 countries would establish a process by which all companies would pay a minimum of 15% tax, and there are over 150 countries which have signified that they would join.

There is some considerable way to go to design, develop and implement a system which will ensure a fairer distribution of profits and taxing rights among countries with respect to the largest MNEs, including digital companies.

It would require the re-allocation of some taxing rights over MNEs from their home countries to the markets where they have business activities and earn profits, regardless of whether firms have a physical presence there. These are big steps, and some considerable consultation will be required.

Probably the issue which is least considered and rarely mentioned is the determination of the tax base, and yet it is as important and as contentious as the headline rate. Generally, the elements which make up the base are covered by legislation in most countries, and certainly in Australia the legislation is very well structured.

It is clear that the tax base can be a contentious subject, however it is rarely considered in taxation considerations, only the rate is considered. It provides sufficient reasons to consider eliminating the base as a calculation factor and suggest that tax payment should be based on revenue. End of argument.

There has been a considerable commentary suggesting that we should reduce the tax rate in order to become more competitive and encourage increased inwards Foreign Direct Investment (FDI). There a several reasons for this: -

--  increased corporate activity will create employment, increase the level of technology, and encourage export of the increased output.

--  The other reason is that some countries use rock-bottom rates to lure companies, attracting huge tax bases that generate large revenue even when tax rates only marginally above zero are applied.

It seems to be the latter one is at the forefront of mind of a selected few countries.

It is a fact that international headline rates are declining, as it can be shown that between 1985 and 2018, the global average corporate headline rate fell from 49 per cent to 24 per cent.

It is possible that there is a case for promoting a taxable income based on revenue, say a rate of 2.5% of revenue.

At the moment the taxation compliance costs to almost every business is significant, with salaried executives together with external expert advisors managing the taxation requirements, and the public cost of the legislators and compliance staff in the various government departments. All this would be significantly reduced or perhaps eliminated.

There may be an increased cost to those Entities which are not presently subject to tax requirements, but this will probably be offset by the reduced or eliminated compliance costs.

The direct income to the country would not be increased if the appropriate headline rate is selected, but the benefit to the country is significant. This development would release considerable expertise in management and operational expertise which could be applied to other more productive activities, and it is highly probable that there is an overall net benefit to the country. It is certainly worth consideration, even if it does put us on a different path to the international community

Corporate taxation in Australia is a major activity for a considerable number of highly qualified executives in business, government and in the private sector, and this is due to the requirement to design, administer, monitor and activate the system. Even so, it would appear that in Australia the system works well, even though there is very much a minority of the larger Entities actually paying the headline rate.

The OECD has made a review of the system and recommended some significant changes to the international system. Whether or not these changes, when finally designed and implemented, will achieve the objectives will be an interesting observation.

The average rate of tax payable as listed is 24.7% of the Taxable Income, but as that taxable income is a calculated number, not directly related to accounting profit, which then renders cross company comparisons and time related comparisons as irrelevant and meaningless. Further, the comment in relation to company tax being 30% of profit is incorrect.

There seems to be very little justification for basing the tax payable on the profits of a company as a “sharing” of the profit when the profit is such a variable, and moveable base.

It is considered that there is a strong case to base the tax paid on the revenue of a company.

Glen's experience and expertise lie in business management and strategic planning. He has more than 35 years’ experience in management consultancy and has worked with a wide range of industries providing advice and assistance to those organisations which wished to establish a commercial presence in ASEAN. He is a co-founder and director of Asean Focus Group which was established in 1990 and had traded for many years as AFG Venture Group.

He is a councillor for the Australian Institute of International Affairs NSW.