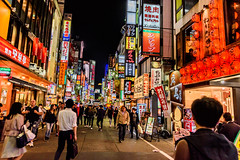 How is Japan doing now?

Japanese economy is bouncing back, and COVID-19 seems relatively under control. Longer-term challenges of large government debt, weak productivity and an ageing population require serious attention.
The Japanese government was bullied into holding the Tokyo Olympic Games by the International Olympic Committee (IOC), even though the Japanese public were initially very much against holding the Games. The number of COVID-19 cases was worryingly high, with reports of the health system being overwhelmed. And vaccination rates were worryingly low.

In the event, the Tokyo Olympics was a great success, a testimony to Japan’s meticulous organisational ability. The Games were immensely uplifting for a world depressed after more than a year of COVID-19 lockdowns and other restrictions. All of Australia, my home country, was glued to their television screens for both the Olympics and the Paralympics, as they cheered and celebrated new and old champions.

Unfortunately, tight COVID-19 controls meant that the long-suffering Japanese people could not attend the Games. And yet they will foot much of the bill for the world’s most expensive summer Games which cost Japan at least $15.4 billion.

The ultimate success of the Games did not save the unpopular Prime Minister, Yoshihide Suga, who resigned from his position. The new Prime Minister, Fumio Kishida, was obliged to face early elections, not long after his appointment. But his ruling Liberal Democratic Party was able to win the elections comfortably.

Where are we, now, that Japan has come back down to earth?

The Japanese economy was hit hard by COVID-19, and the government budget deficit exploded according to the OECD. In 2020, COVID-19 and confinement measures contributed to GDP falling by 4.6% as private consumption and investment declined. As the world economy was hit, Japan’s exports also fell sharply. In particular, arrivals of foreign tourists, which had quadrupled to 32 million in the previous decade, virtually collapsed.

With COVID-19 now under better control and rising vaccination rates, the world economy recovering and the benefit of government stimulus, Japan’s economy is bouncing back and could grow by 1.8% in 2021 and 3.4% in 2022. This means, however, that Japan’s total GDP will struggle to return to its pre-COVID trend level. And COVID-19 could cause another permanent scar on the Japanese economy and society, if newly-minted graduates fail to get jobs because of the weak economy, and never manage to catch up, even when the economy recovers.

Low-paid and temporary workers, notably in the hospitality and tourism sectors, were more exposed to the economic downturn than others. This reflects the dualist nature of Japan’s job market where one group has relative job security, while nearly 37% of the country’s labour force, or more than 20.6 million workers, are “non-regular workers”, who work in situations of insecurity.

The OECD also reports that “as the pandemic wore on, the suicide rate rose during 2020 and by the end of the year was significantly higher than in the pre-pandemic period. By contrast, the suicide rate in the US fell in 2020.” The increase in suicides was notable for women and younger adults, groups over-represented in hospitality and tourist sectors, and more likely to be irregular employees.

Japan’s government debt has been on an upward trend for some three decades, since the time of Japan’s bubble economy financial crisis. Government money was initially necessary to keep the economy afloat, and to deal with corporate and banking failures. As the years passed, government money has become increasingly necessary to finance the healthcare and retirement incomes of Japan’s rapidly ageing population.

And in more recent years, the Japanese government has had to open its pocket to finance the effects of “black swan” events like COVID-19 and natural disasters. In 2020, the general government budget deficit ballooned out to around 10% of GDP. Over time, our Japanese friends, well known for their conservatism, have become financially reckless. They are sitting on a public debt, representing 240% of GDP, the highest of all the OECD countries.

International organisations like the OECD and the IMF, as well as market commentators, have long drawn attention to the unsustainability of public debt, and the need for a serious strategy to bring it under control. This would include expenditure control, tax increases and productivity-driven economic growth. In recent years, the government has implemented a number of measures to get its debt under control, but they have been too timid relative to the size of the problem.

It is imperative for the Japanese government to bring this debt under control. Without corrective action, government debt could rise to 260% of GDP by 2050, according to the OECD. And if Japan’s international security environment deteriorates further, in the context of the great power rivalry between the US and China, Japan will need to substantially increase its defense expenditure from the current puny 1% of GDP, which would push debt up even further.

When you visit Japan, and see all the technology and the robotic efficiency of its workers, it is hard to believe that Japan has a productivity problem. But it does! Improving productivity is critical for Japan – for maintaining its prosperity in an ageing society, for helping get the country’s government finances under control, and for having a stronger economy to face up to black swans like COVID-19.

You will not be surprised that large enterprises in the manufacturing sector—the brand names that we all know—are very productive. Japan’s productivity problem lies in the agricultural and services sectors, especially for smaller enterprises. For historical reasons, Japan’s farms are mainly small plots of land, which preclude the reaping of economies of scale. And Japan’s services sector needs a dose of competitive pressures through greater business dynamism and entrepreneurship, accelerated digitalisation and government deregulation.

Mixed news from the labour market

A major economic impact of Japan’s ageing population is that the working age population has been declining since 1995. But economic statisticians’ definition of working age, namely, 15-64 years, is becoming increasingly irrelevant in Japan. The increased employment of seniors is helping compensate for population ageing. When you visit Tokyo (most likely after COVID-19), you will be struck to see that most taxi drivers are in their 70s, and that they do not hesitate to carry your bags.

Another relatively new trend is the growing participation of women in the workforce – over the past decade increasing from 63% to 73% of all working women participating in the workforce. A higher percentage of Japanese women are now in the workforce than in the US! This may be partly due to the “womenomics” programme of recent years, but also due to labour shortages related to population ageing. Unfortunately, much of the growth in female employment has been for irregular positions, for which Japan’s well-educated women are usually overqualified. Overall, the position of women in this male-dominated society is still unsatisfactory, as reflected in Japan’s ranking of 120 out of 156 countries in the Global Gender Gap Report 2021.

Despite its reputation for a closed society, the Japanese government has been responding to population ageing by a variety of programmes to admit “foreign residents” (the government is insistent that it does not have an immigration policy!). Thus, the migrant population has increased over the past 20 years from one million to almost three million – that is, from less than 1% of the total population to 2.5%.

Overall, there are some positive trends and policies in the labour market in response to population ageing. But, of course, much more can be done in this area to strengthen the economic and societal capacity of Japan to cope with shocks like COVID-19.

Some COVID-19 lessons for Japan

Perhaps the greatest lesson of all coming from Japan’s COVID-19 experience is that countries that avoid and postpone dealing with medium term issues—like enormous public debt, relatively weak productivity and an ageing population—are more exposed than necessary to shocks like COVID-19, and the vagaries of holding big events like the Olympic Games (not to speak of issues like climate change, an issue not dealt with here).

A strong, well-managed economy can provide a country with the resilience to cope with most circumstances. For their part, Japanese citizens seem to have lots of personal resilience. I have seen it first-hand living there. But the country’s economic and political systems need much improvement.

This article by John West was first published by Unravel on 21 December 2021.