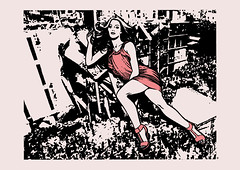 Bangladesh is emerging as a manufacturing powerhouse, but it must address pressing worker safety issues, writes John West.

More than 50 people were recently killed when a massive fire ripped through the Hashem Food and Beverage factory in Rupganj, an industrial town east of Dhaka, Bangladesh.

The casualties included child workers as young as 11. The inferno was fuelled by highly flammable chemicals and plastics stored in the building. The entrance of the factory had been reportedly padlocked at the time of the blaze and the factory breached multiple fire and safety regulations. The factory owner has now been charged with murder.

Not the first time

Bangladesh has a history of industrial disasters. Corruption and lax law enforcement have resulted in many deaths over the years, and big international brands, which employ tens of thousands of low-paid workers in Bangladesh, have come under pressure to improve factory conditions after fires and other disasters killed thousands of people.

The worst industrial disaster to strike Bangladesh was when Rana Plaza, a nine-storey garment factory, collapsed in 2013 killing more than 1,100 people. Authorities imposed tougher safety rules after that disaster and the country’s garment industry has since become largely compliant under domestic and global watchdogs. But many other local industries fail to maintain safety compliance and the disasters have continued.

Industrial disasters are a severe blight on this country born just 50 years ago following the Bangladesh Liberation War, which has achieved great progress in recent decades, against all odds.

It is true that Bangladesh is still one of Asia’s poorest countries, with an annual GDP per capita of merely $5,083 in purchasing parity terms (this compares with India’s $6,454). Its population of 163 million is densely packed into this small country which is often afflicted by natural disasters. In many ways, Bangladesh seems a country with little hope. It is one of the world’s most corrupt countries according to Transparency International, ranked 146th out of 180, much worse than India’s 86th ranking.

And yet, Bangladesh has made great progress in its socio-economic development. The economy has grown at an average annual rate of more than 5% since 1990. This has driven a sharp fall in the share of the Bangladeshi population living in poverty – from 35% in 2000 to 15% in 2016, a lower rate than neighbouring India.

Since 2000, life expectancy has leapt from 65 to 72 years in 2018, again well ahead of India’s 69 years. And Bangladesh is ranked 65th in the World Economic Forum’s Global Gender Gap Index, compared with India’s rank of 140 of the 156 countries surveyed.

What has been driving Bangladesh’s relatively strong economic and social progress?

One key factor, especially for women, has been its success in hooking onto global value chains as an exporter of “ready-made garments”, thanks in large part to its free access to the EU market. Ready-made garments account for over 80% of Bangladesh’s total exports, and more than 10% of GDP.

The industry employs some 4.2 million people, of whom about 80% are women. It thus contributes greatly to the empowerment of women in this very traditional society. It also indirectly supports as many as 40 million Bangladeshis, about 25% of the population. Bangladesh’s garment industry is the third biggest in the world, and ahead of India’s, even though India’s population is more than eight times bigger. Indeed, Bangladesh’s success in the garment industry is a testimony to its superiority over India in exploiting its comparative advantage in lower-skilled, labour-intensive manufacturing.

While Bangladesh’s garment industry has undoubtedly been a boon for the country, the COVID-19 pandemic has highlighted some of the vulnerabilities of this development model.

Bangladesh is now suffering from a drop in demand for ready-made garments. And since the vast majority of Bangladesh’s workers are in the “informal sector”, meaning that they have no work contracts, and receive no pension, social protection or notice of termination, many Bangladeshis are being thrown back into poverty.


The costs of apathy

As discussed in the introduction to this article, there is another dark side to Bangladesh’s participation in global value chains for garments, the frequent industrial disasters. In this regard, Philip Jennings, General Secretary, UNI Global Union, a trade union group, has some telling observations to make in response to the Rana Plaza tragedy.

“Many were complicit,” he said. “The international brands that turned a blind eye to glaring problems in the factories where their garments were made; the factory owners who knowingly put their workers at risk in order to keep costs low; and the Bangladeshi authorities who made no effort to enforce their own health and safety laws.”

This means that unrelenting pressure will be necessary on the Bangladeshi authorities—by civil society organisations like Human Rights Watch, by local and trade union groups, and the media—to improve factory conditions and put an end to the numerous tragic deaths.

Perhaps the biggest barrier to progress is apathy on the part of Western outsourcing companies which would prefer to turn a blind eye, and Western consumers who pay little attention to the sourcing of their products.

As Bangladesh continues to become a manufacturing powerhouse in Asia, particularly in labour-intensive production, it is imperative that its workers are protected and provided safe working conditions.

This would help ensure decent lives for its millions of workers on whose shoulders the country is making strong development gains, and that has made it the envy of many other countries in the region. This could also incentivise higher quality foreign investment, across a broader range of manufacturing, and lay the foundations for stronger development in the years ahead.

This article by John West was first published by Unravel.