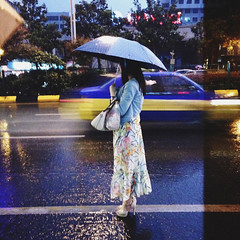 “Everything is made in China these days”, according to my 93-year-old mother. And she is basically correct. Way back in 2009, China surpassed Germany to become the largest exporting nation in the world — even though it was just a middle-income country with per capita GDP less than $4000, and it had virtually no globally known product brands. By 2019, China’s exports, valued at $2499 billion, were 50 percent higher than the second-placed US, and it is widely known as the factory of the world.

To understand China’s export miracle, one must delve into the details of global value chains (GVCs), as does Yuqing Xing, a Professor of Economics at the Tokyo-based National Graduate Institute for Policy Studies, in his recent book, Decoding China’s Export Miracle: A Global Value Chain Analysis. He argues that China’s export miracle has been driven by its active participation in GVCs.

Today, virtually all manufactured goods are produced in GVCs, which are typically led by multinational enterprises (MNEs), writes Xing. The production of Apple’s iPhones represents the classic example of a GVC.  They are designed in California, incorporate components from Japan, Korea, Germany, and elsewhere, assembled in China, and then California takes over marketing and branding. A low-tech country, as China was when the iPhone was created in 2007, can enter GVCs by exploiting its abundant cheap labour to perform a simple task like product assembly. It is no longer necessary for one country to build production capacities for an entire industry in order to participate in global trade. GVCs can thus offer a shortcut to economic development.

Xing writes that China’s participation in GVCs started when its modern economic development was launched by great leader Deng Xiaoping in 1978. One of his initial steps was the creation of special economic zones along the coastal areas which were free of trade barriers and offered other investment incentives. These zones attracted “processing trade” activities, meaning that China imported all the necessary raw materials and inputs for a product, processed or assembled them, and then exported them for an MNE. Processing exports rose from less than 10 percent of China’s total exports in the early 1980s to a peak of 58 percent in 2006, and even as recently as 2018 that share exceeded one-third.

But as Xing argues convincingly, China is not stuck doing low-value-added activities like product assembly.  It has exploited the dynamic learning curve of GVC participation such that it is now manufacturing relatively sophisticated parts and contributing more value added. This has seen “a remarkable increase” in China’s contribution to the iPhone — from a mere 1.3 percent of the retail value of the iPhone 3G in 2009 to 10.4 percent for the iPhone X in 2018.

China’s rise up the smartphone GVC has been even more impressive through the development of home-grown global brands, namely, Huawei, Xiaomi, OPPO, and Vivo, which are among the world’s top smartphone brands. China may yet have relatively little technological capacity to produce core components such as processors and memory chips. But these mobile phone makers have been able to enter the industry by sourcing core components from foreign MNEs and focusing on incremental innovation, marketing, and brand building. It is illustrative that Chinese value added in the Huawei P30 Pro is 38 percent, and only about 15 percent in the cases of OPPO R11s and Xiaomi’s MIX 2.

In short, notwithstanding the hype surrounding the Chinese smartphone industry, foreign technology is still indispensable for the manufacture of Chinese brand smartphones, even those made by the most innovative Chinese company, Huawei.  In other words, China is still a long way from being a high-tech champion.

China’s seemingly unrelenting rise, thanks to its GVC-based development, has been thrown into question by its trade war with the US and COVID-19.  The import tariffs imposed by the Trump administration and maintained by the Biden administration have adversely affected GVCs as they have increased the costs of assembling goods in or sourcing goods from China.  As a result, some MNEs have been shifting parts of their GVCs out of China, either back home or to third countries, notably in Southeast Asia, India, or Mexico.  And as the trade war morphed into a tech war, some Chinese tech companies which had become dependent on core technology modules of American companies have been blacklisted by the US government and deprived of these products, thereby severely disrupting their GVCs.

The COVID-19 pandemic has also highlighted the high concentration of the world’s manufacturing activities in China, and the risks entailed for countries dependent on China for supplies. The outbreak of COVID and initial lockdown in Wuhan disrupted some GVCs, since Wuhan is a major industrial centre, especially for motor vehicle production. COVID-19 also highlighted the world’s dependency on China when there were disruptions for medical supplies like sanitisers, ventilators, and personal protective equipment. This has led many countries to view these items as being important for national security, and thus reduce their dependence on China as a supplier by either reshoring production or turning to third countries.

All things considered, looking ahead China will need to rely more on its domestic economy to drive future economic growth, as is already envisaged by 14th Five-Year Plan for 2021-2025.  This will be a more challenging future.

If there is one thing missing in Decoding China’s Export Miracle, it is the failure of China’s inefficient services sector to plug into GVCs. While this may not be key to Xing’s mission to explain China’s export miracle, the continued future development of the Chinese economy may depend on it.  All that said, Xing’s book represents a major contribution to understanding China’s past and future economic development, and is a must-read for all students of China and China-watchers from business, government and civil society.

This article by John West was first published by the Australian Outlook of the AIIA.