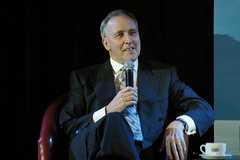 Whither the Australian Treasury?

The waning of the Australian Treasury’s partnership with the Treasurer raises many questions for the nation's future, writes John West.

The quality of a nation’s political and economic institutions is the key to economic and social progress. This was the central theme of the celebrated book, "Why Nations Fail", by Daron Acemoglu and James A. Robinson‎. And in Australia's case, perhaps the most important public institution has been the partnership between the nation's Treasurer and the government department serving him, the Treasury, as argued by Paul Tilley in his well-researched history of the Australian Treasury, "Changing Fortunes".

Tllley, a former senior advisor to Australian governments for some 32 years, has delivered a veritable tour de force. He takes readers from the beginning of the Australian Federation in 1901, when the Treasury started with a modest staff of five until the present time where the once-powerful Treasury is struggling to remain influential. Indeed, the major theme of the book is the waxing and waning of the Treasury's partnership with the Treasurer.

Treasury’s initial purpose was to be a bookkeeper and budget manager for the new Commonwealth Government, rather than a policy advisor. But a couple of decades later, the inadequacy of Treasury in terms of providing meaningful economic policy advice to the government during the Depression of the 1930s was a catalyst for the development of a more substantive policy role.

As Tilley recounts, Treasury’s power increased during the 1950s and 1960s, the golden years of the Menzies Government and the reign of Treasury Secretary, Sir Roland Wilson. This was followed by a tumultuous three years, starting in 1972, when the Labor Party came to power under the leadership of Gough Whitlam, after 23 years in the political wilderness. Ultimately, there was a complete breakdown in the relationship between the Treasury and the Treasurer when the Treasury secretary, Sir Frederick Wheeler, blew the whistle on the government's unconventional initiative to borrow money through a small-time Pakistani commodity dealer, Tirath Hassaram Khemlani.

While the return to power in 1975 of the right-wing Liberal Party promised a return to normality, Treasury’s “frank and fearless” advice was not appreciated by Prime Minister Malcolm Fraser, who proceeded to split the Treasury in two with the creation of a Department of Finance. Notwithstanding the trauma, the broad consensus is that the “split” was beneficial in that it led to a strengthening of Treasury’s role as an economic policy agency.

A recurrent theme in Tilley’s book is Treasury’s stubborn insistence on recommending to the government only first-best solutions -- “frank and fearless advice” -- even when governments had no interest in such recommendations, with the result that the Treasury was widely regarded as being conservative, arrogant, and dogmatic. A parallel theme is to what extent the Treasury should even provide independent policy advice to the government, or remain a mere implementer of government policy, as the current government of Scott Morrison believes.

On these issues, the erudite Forward to the book, by another former Treasury officer, Greg Smith, has some insightful thoughts to offer. He reminds us that the current usage of the term “mandarin”, meaning influential bureaucrat, harks back to the Confucian scholar-officials of imperial China. He reminds us that the emergence of a sophisticated Chinese civilisation, particularly in the Tang and Song periods, would not have been possible without the expertise of these scholar officials.

The Treasury did have some golden periods when governments had political capital and a reform agenda, and the Treasurer was powerful. This was notably the case during the Labor governments of Bob Hawke and Paul Keating from 1983 to 1996. Keating made good use of the Treasury to advance his ambitious economic reform agenda. Treasury was again fortunate to have forged a strong partnership with another talented, reformist Treasurer in the name of Peter Costello, during the Liberal government from 1996 to 2007 under Prime Minister John Howard.

The last decade or so has been a trying time for the Treasury, as Tilley explains in great detail. Political instability within governments from both Labor and Liberal Parties has seen a revolving door of Treasurers. The advent of the 24-hour news cycle has made the development serious reform agendas more challenging. And stakeholder groups are now better organised to push their narrow interests.

Treasurers, as well as other government ministers, have also stacked their private offices with ever larger teams, resulting in the marginalisation of Treasury as a policy advisor. And outside consulting firms have also emerged as another form of competition for Treasury. They are reportedly more willing to give Treasurers the advice they want to hear in order to feather their own nests. In short, the Treasury has allowed itself to be partially manoeuvred away from the policy advising space and more relegated to the role of a provider of facts and figures.

Tilley concludes by identifying Treasury’s dilemma -- “To be influential it needs to be close to government, but not so close as to compromise its ability to provide frank and fearless advice”. His history shows how difficult it is to resolve this dilemma, but how beneficial for both sides, and above all the nation, when the partnership was relatively balanced -- as it was under Treasurers Paul Keating and Peter Costello.

After the journey of more than 500 pages through this fascinating book, as a former Treasury officer, I found myself wanting more. For example, there is very little mention of the role of the Treasury in Australia’s embrace of the Asian Century. In particular, I would be interested to learn more of the experience of the Treasury's Foreign Investment Division in managing Australia’s foreign investment policy, at a time when there are many public concerns about Chinese investment in Australia.

More generally, this insightful book left me feeling despondent about Australia’s economic future. The present Liberal government is forever patting itself on the back for Australia’s record-breaking 29 year period of economic growth -- something which was only made possible by the much-maligned economic stimulus by the former Labor Party government during the global financial crisis.

But scratching below the surface shows that such triumphalism is not justified. Indeed, the International Monetary Fund’s (IMF) most recent report on Australia paints a less than rosy picture. In particular, Australia’s labour productivity growth has declined due to an investment slowdown since the global financial crisis. So the IMF has encouraged the Australian government to step up structural reforms to support strong and inclusive growth.

But there is no evident commitment by the current (or recent) governments to embark on a major programme of structural reform. They have had neither the political capital nor the imagination to do so. Further, the capacity of the Treasury to support the elaboration of a new structural reform initiative may be withering on the vine, after years of having been sidelined from policy advice. And since the writing of this book, along with the rest of the world, Australia has been paralysed by the coronavirus crisis, which could dominate public policymaking for a long time to come.

The coming decade may well turn out to be a disappointing one for the “lucky country”. It is thus imperative for Australia to also study the lessons of why some seemingly successful countries subsequently fail.

Overall, Paul Tilley’s “Changing Fortunes” is a very well written and comprehensive survey of the history of the Australian Treasury. It should be essential reading for anyone interested in Australian political and economic history, be they student, academic, journalist, policy maker or interested citizen.

- Paul Tilley. Changing Fortunes: A History of the Australian Treasury.

- Acemoglu, Daron, Robinson, James A. Why Nations Fail: The Origins of Power, Prosperity, and Poverty.