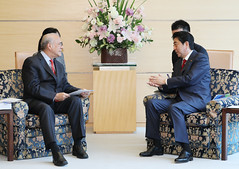 Japan’s high-quality companies, especially in the automobile and electronics sectors, played a strong role in the country’s exceptional rise from the ashes of World War 2.

Still today, Toyota is the biggest passenger car manufacturer in the world and is also placed among the world’s 50 most innovative companies. While Toyota, Honda, Sony, Lexus, Nissan, and Uniqlo are all ranked among the world’s most valuable brands. And yet Japanese companies have typically compared poorly with their Western counterparts when it comes to productivity (about 30% lower, on average, than US companies), and many have struggled to respond quickly to market environment changes.

This has led many analysts and observers to question Japan’s system of corporate governance as one of the factors, amid other issues such as rigid labor mobility, traditional work culture and quality of leadership, undermining Japan’s corporate performance.

This system seemed to serve Japan well during its high-growth period leading up to the financial crisis that hit the country in the early 1990s. In reality, poor corporate governance probably contributed to some of the bad lending that led to the crisis, and to the sluggish response that followed – as well as to the chronically weak profitability of the country's corporates over the past few decades. And the “insider dominance” of boards limited their capacity to hold management to account. It also meant that companies were substantially protected from mergers and acquisitions, especially from overseas companies which could inject fresh new dynamism into corporate Japan.

Japan’s corporate governance was once described by Columbia University’s Hugh Patrick as “a system of cosy back-scratching, some might say collusion, among the management of Japan's large industrial companies, financial institutions and the government bureaucracies".

The OECD has stressed the potential for better corporate governance “to improve the allocation of capital and the monitoring of firm performance, leading to better use of Japan’s high level of business R&D and human capital. It would also facilitate the downsizing or closing of low-productivity activities and the shift of resources to high-productivity activities.”

In 2014, a Stewardship Code was introduced which aims at encouraging “institutional investors to fulfil stewardship responsibilities by improving and fostering their investee companies’ corporate value and sustainable growth through constructive engagement”. In 2015, a Corporate Governance Code was created which urges “companies to enhance mid- to long-term earnings power, under effective business strategies, with appropriate cooperation with stakeholders”.

While the impact of these initiatives is only slowing filtering through, already corporate boards are opening up to outside directors. The OECD reports that “The share of companies in the first section of the Tokyo Stock Exchange (2 021 in total) with two or more outside directors increased from 22% in 2014 to 91.3% in 2018”.

Reform has only just begun

As impressive as these initiatives may seem, for reform to have a real impact will require more than just legal and institutional reform changes -- mindsets and behaviour will also have to change and this will take time. In addition, Japanese companies face major challenges in raising the quality of their directors, and comprehensive director training will be necessary. The Board Director Training Institute of Japan is one organisation active in this area.

Japan’s corporate governance reforms have also been critically assessed in the biennial Corporate Governance Watch report by the Asian Corporate Governance Association (ACGA) and CLSA which questioned the effectiveness of the focus on soft law rather than hard regulatory change. It also faulted Japanese regulators for not doing enough to improve minority shareholders’ rights. Japan slid from 4th to 7th place in the widely watched report, tying with India but languishing behind the likes of Thailand, Taiwan and Malaysia, as well as Australia, Hong Kong and Singapore which top the survey.

Improving Japan’s corporate governance would also be helpful for tackling corruption. While Japan is ranked in the same ballpark as many other advanced countries in Transparency International’s Corruption Perceptions Index -- 18th out of the 180 countries covered -- Japan’s cases of corporate corruption stand out for their long duration and the apparent inability of systems of corporate governance to detect them early.

For example, in 2017 Kobe Steel admitted to falsifying data on the strength and durability of its products, a problem which had been going on for nearly five decades. Mitsubishi Motors Corp. confessed to covering up defects for 23 years. Accounting fraud at Olympus continued for 20 years under a series of CEOs. Toshiba overstated its earnings by more than $1.2 billion over a seven year period.

The spotlight has also shone sharply on Japan’s shaky corporate governance over the past year with the arrest of Carlos Ghosn, formerly CEO of Nissan and chairman of Mitsubishi Motors, on allegations of financial misconduct.

A new report by the OECD Working Group on Bribery highlighted some measures in addition to improved corporate governance which could help Japan strengthen its efforts to combat bribery in light of its low level of anti-bribery enforcement -- "Japan must step up enforcement of its foreign bribery laws and strengthen the capacities of its law enforcement agencies to proactively detect, investigate and prosecute the foreign bribery offence”. A more proactive culture of investigative journalism, civil society surveillance and whistleblowing could also help.

Japan’s future economic and political health depends crucially on succeeding with fundamental reforms to its corporate governance, along with the many other structural reforms proposed in the government’s Abenomics programme, given the country’s low productivity (labor productivity was more than a quarter below the top half of OECD countries in 2017)) and the prospect of Japan’s labor force declining by 25% by the year 2050 due to population aging. At this stage, the jury is still out as to whether the current efforts will be successful.

- The government of Japan. ABENOMICS