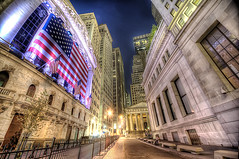 Impotent Capital and alogorithms are a deadly cocktail, write Jayasri Priyalal.
We are now in the era of acceleration termed as the Fourth Industrial Revolution [4IR]. In the new era, the impact and relevance of old ethical theories of yesteryear have severe limitations to offer solutions to the complex problems unfolding in the twenty-first century. Money and Banking business is undergoing a complete overhaul with the introduction of the plastic money, and digital transactions on e-commerce platforms are spearheading towards cashless societies — the digital disruptions are accelerating the fourth industrial revolution era. Lord Mervyn King, former Governor of Bank of England, elaborates extensively about this change in his book The End of Alchemy.

The beauty of the English language, a silent letter in a word can add a detonating meaning. To evoke some interest with little confusion; this article titled with the newly coined word, “Debterioration” which will undoubtedly add sense to the rest of the writing. As we all know Economics is a subject that predicts specific outcomes on probabilities and possibilities in an economy in addressing disequilibrium resulting in allocation and misallocation of primary factor inputs such as Land, Labour, Capital and Entrepreneurship. Unlike in natural sciences, no economics formulas or solutions can test in a laboratory before being introduced to the community. Many economic theories are based on trust and believe; as lessons learnt from past experiences, and the impact of such opinions on the economy discussed as historical narrations. One such approach is put forward by renowned Economist; John Maynard Keynes which is popularly known as Keynesian theories. His strategy worked well to overcome the economic crisis in the early twentieth century when the money supply was strictly in the hands of central bankers.

It is unfortunate that we still assess the productivity and performances of businesses and institutions based on the indicators designed for the First Industrial Revolution. When land, Labour, entrepreneurship and capital factors were the productivity driving assets. Performances and productivity returns were measured in terms of returns on capital. This formula was necessary; as amongst the four-factor inputs Capital was the scarcest resource. How prudent are we to continue with the same performance and productivity measuring indicators in the current context? In this era, assets those, driving productivity and growth; our knowledge, human capital catalysed with digital and mobile technology. The Capital what is now circulating is fake, impotent which is leveraged with Debt as such investment capital has lost its vigour. There appears a need to challenge conventional thinking to initiate discussions to come up with new performance measuring indicators that are compatible with the 4IR. As many economies are on life support with debt infused saline dip.

Putting good money behind bad is not considered as a good business sense. Regulatory tightening following the 2008 Global Financial Crisis (GFC) the banks was subject to stress tests and forced to beef up their capital to cover the weighted risk assets and meet their liquidity requirements.

The regulatory tightening was considered as one option to resolve the global financial crisis which originated from the OECD countries. The unethical rent-seeking business culture of the top triple “B” bankers (Big Bonus Bankers) that contributed to the crisis sidelined. The governments in a panic threw lifeboats to rescue the banks and bankers and life jackets were taken away from the real victims of the disaster and forced many to sink, losing assets, jobs and life savings.

Post GFC, commercial banks were subjected to tighter regulatory control, but the Central Banks could print money at will with the false belief to accelerate the growth stimulating the economy. A long-standing, time tested Public Private Partnership operation. The economist termed this policy option as Quantitative Easing. [QE] Central Banks were expected to arrest the deflationary trends, halt stagnation in the marketplace through QE. These unconventional monetary policies termed as Modern Monetary Theory. Based on this theory, it is reported, that the US Federal Reserve Bank printed US$ 2 Trillion worth of paper money and released to jump-start the economy. European Central Bank issued 80 billion Euros to stimulate economic growth post-2008 global financial crisis. As a result, the interest rates in the US and Eurozone remains at negative or near zero levels. We are printing paper money glorified with the term quantitative easing the new jargon in Economics. Since 2017 FED started to interest rate hikes resulting in many upheavals in global stock markets.

There have been two rounds of Quantitative Easing, QE 1 and QE 2. During both rounds, stock prices rose sharply. The conventional perception is, higher stock prices make people more productive (so long as they remain high, at least); and when people are more prosperous, they spend more money. With a false belief, that spending supports the economy, and it creates jobs, and it generates tax revenues, which reduce the government’s budget deficit. A step towards the further widening of inequality of income and wealth in the community. The perception of richness is what is expected to drive economic growth, what a fake feeling to foster future prosperity; this may not sound an intelligent way to overcome challenges. In the common man’s understanding; as one creates lies and believe in his or her lies and force others also to think alike with statistics and sophisticated mathematical models.

Economics and politics were two separate disciplines and practised differently in the post-colonisation era by many countries depending on the degree of development. Free market believers clubbed economics and politics together and espoused the neoliberal order since the late nineteen seventies. The era of an ownership society, driven with the sole aim of increasing shareholder value unleashed, since then coining the new economic order popularly known as Reaganomics in the USA and Thatcherism in the UK. It never ended there; continues with the
fake believes till recently when Prime Minster Shinsho Abe tried ABENOMICS in Japan. The free market believers under the Neo-Liberal order promoted and propagated the Liberalization, Privatization and Globalization strategies to the rest of the world as the formula to accelerate growth yielding for prosperity. Growth measurements in terms of returns on investments, returns of assets, are the outdated first industrial revolution indicator; Returns on Equity Capital. Share markets were the indicators measuring the prosperities of the nation and anything, and everything was done to see the feelings of richness is kept alive in the capital markets. Development Financial Institutions like the World Bank and IMF, too, followed these principles and discouraged the developing countries offering subsidies to the producers in the real economy. Grants and economic assistance to the marginalised needy considered as a market distortion force. All these policy directives made a U-turn with the advent of the Global Financial Crisis [GFC] causal factor that led to the global economic meltdown since 2008.

Moreover, tariff reduction to promote trade and tax breaks for privileged aggravate the financial deficits in all major economies. Tax havens insulated with social hells populated. As a way out of the GFC; the policy makers ventured out offer subsidies. This time they came up with the quantitative easing strategy – which is printing money- and offered grants to the capital markets to keep the stock markets alive and preventing them from collapse. The unconventional monetary policy is now allowed zero or negative interest rates in the economies reversing the championed formula of market distortions.

Nearly US$ 10 Trillion worth of bonds are trading currently at negative rates in Europe and Japan. The corporate borrowing is high in the USA at rock bottom interest rates. As reported in
the Economist [March 16-22,2019] Collateralized Loan Obligations (CLO) in the USA is rising steadily as the Corporates are borrowing at near zero interest rates in the leveraged loan market.

Reports reveal the CLO volumes are almost equivalent the amounts of Collateralized DebtObligations (CDO) of 2007 alarming the dangers of sub-prime debt. Banks and financialinstitutions are forced to hold bonds yielding negative returns to maintain liquidity as per the new regulatory norms.

President Donald Trump tweets and warns the dangers of interest rate hikes to the FED Reserve. IMF and WB are revising economic growth figures downward periodically. Artificially managed interest rates are not the best option to overcome the current challenges; it is a step towards postponing the agony. At these levels, without enough economic growth, no one
generates enough wealth to repay the debt obligations. When the next financial crisis hit, debt defaulters will wipe out a large portion of world savings. The Economist and Central Bankers will run out of monetary policy tools beyond negative interest rates. Instead, the Central Bankers need to use negative interest rates to curb excessive debt holding the risky borrowers to bear the burden not allowing the erosion of wealth from savers, shaking the future financial stability.

The other option is to widen financial inclusion in society enabling the real economic actors, producers and consumers to drive the organic growth blending social finance with digital finance.


The New ROE; Returns on Ethics

Facts above and figures point out the investment capital what is circulating in the economies are fake. Distinctively different from the Capital that rejuvenated economic growth in the First Industrial Revolution. Therefore, the economist needs to define a new performance and productivity measuring indicators in tune with the new wave of 4IR. ROE returns on equity does not sound ethical and scientific to estimate future prosperity. Returns On Ethics can be a qualitative measuring tool, as all the profits, dividends earned and retained in books will be of no use, when people do not have fresh water to drink and fresh air to breathe in the future.

Debt-ridden companies are struggling to maintain cash flows. Acute financial deficits in the governments and the big multinationals are grappling with the problems. Instead of finding a solution many take refuge in tax heavens for-profit engineering for short term gains. A classic case is the grounding of Jet Airways in India. The company’s accumulated a debt amounts to
US$ 1.2 billion, unable to pay salaries of 16000 employees. Both public and private sector share the same burden.

The fake capital can smoothly integrate with Artificial Intelligence platforms driven with the algorithms and unfold double jeopardy, bridging a link between the ENRON and GFC crisis that erupted at the beginning of the new millennium. This author believes such a situation may shorten the life span of the prosperity indicators the global stock and bond markets inviting the
Block Chain technological linked Distributive Ledger System to restore the trust between the producers and consumers in the real economy. Blockchain will become the alternative operating system substituting finance.
Tags: asia