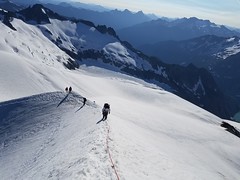 John West will be giving a talk, based on his book, Asian Century ... on a Knife-edge, on 21 August 2018, at the Australian Institute of International Affairs in Sydney. See you there!

This talk by John West is based on his recent book Asian Century … on a Knife-edge (Palgrave Macmillan, 2018) in which he questions the conventional wisdom that the 21st century belongs to Asia. He argues that in recent years Australia has succumbed to a case of “Asian-Century hype”. In reality, Asia is suffering from stunted economic and social development, and Asia’s emerging giants - China, India and Indonesia - are fragile superpowers.

John identifies seven economic, social, political and geopolitical challenges for realising an Asian Century, but doubts that Asia’s leading economies have the political will to tackle these challenges. The AIIA recently published a review of his book in Australian Outlook by Professor Aurelia George Mulgan of the University of New South Wales Canberra campus: http://www.internationalaffairs.org.au/australianoutlook/asian-century-on-a-knife-edge/

John West has had a long career as an educator, journalist, researcher and policy-maker. He currently teaches Asia’s economic development at Tokyo’s Sophia University. He is a Contributing Editor for FDI-Intelligence, a Financial Times magazine, and is also Executive Director of the Asian Century Institute. These current positions follow major stints at the Australian Treasury as director of balance of payments (1980-86), the OECD as head of public affairs and director OECD Forum (1986-2008), and the Asian Development Bank Institute as senior consultant for capacity-building and training (2009-2011). John also taught globalization at the Institut d’Etudes Politiques (Sciences Po) in Paris from 2006 to 2008.