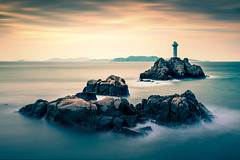 Some thoughts on Japan

We recently had the pleasure of asking a few questions on Japan to Richard Solomon of the Beacon Reports.

ACI: Japan seems like a country that resists change. In your view, has Japan changed much over the past decade?

Solomon: I’ve been in Japan nine years, so I can’t compare the decade(s) before that to the last. I have, however, personal experience interviewing many dozens of people who are involved the in area entrepreneurship, as we briefly touched upon. Japan still scores low on entrepreneurship compared to almost every other nation, but has made great strides in the last decade.

When I started writing about entrepreneurs in 2012, no other independent journalist was covering the space. There was to my knowledge only one monthly entrepreneur’s event, called Hacker News, which I used to regularly attend. It was started by a young Australian named Jason, I believe, who had difficulty finding software coders to hire for his small Tokyo based digital startup. The event provided a venue to attract potential new hires, under the guise of a social networking event. Then, Japan lacked a startup ecosystem. He was among the first to start building one, out of necessity.

Today, there are dozens of entrepreneur events taking place all over Tokyo. Incubators and accelerators, essentially shared office space for entrepreneurs provided by business angel investors looking for promising startups to invest in, began springing up around Tokyo. Major tech events also sprung up. Slush is the largest. Institutional money started flowing into startups. Perhaps two years ago, 500 Startups, a large Silicon Valley angel investor, set up a $30m Japan fund, I believe. The big consultancies set up divisions to service Fintech and other high growth sectors.

The startup ecosystem is still small and fragile compared with other countries. It is rapidly expanding, however. That, and the shift by big companies to hire non-regular workers, is helping to legitimize entrepreneurship as a career path.

ACI: Will the arrival of the Trump administration, and its attitudes to old alliances and the liberal international order provide Japan with the opportunity to become more independent and less reliant on the US?

Solomon: I hope not. The US-led alliance has maintained world peace and prosperity for more than 7 decades. Allied partners understand they are in a prisoner’s dilemma playing against great-power competitors. Donald Trump does not. As its dominant partner, he’s aiming to minimally extract more money from partners. That’s probably a legitimate aim, but he’s doing it in a way which undermines his alliance partners and casts doubt in the minds of friends and foes on US alliance commitments. So far, Abe and other allied leaders are doing everything they can to keep the alliance together. I believe they will continue to do so, since failure will result in nuclear proliferation and the end of the liberal world order. The world would then be much more dangerous. John, that’s my take. I’d be eager to hear your own opinion on this question.

Richard Solomon is Editor-in-Chief of the Beacon Reports.