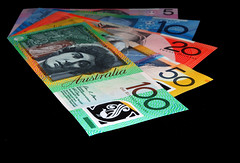 Corporate taxation in Australia for the year 2016.

Taxation ranks relatively low in the consideration of potential Australian foreign investors, argues Glen Robinson.
There has been considerable discussion on the headline rate of tax to be applied to Australian based companies. Importantly, the tax system in other countries has been promoted as the reason that Australians do not invest globally. This paper attempts to take an objective view of the situation and formulate a position.

Corporate taxation is a really emotive issue at this time in Australia and there is a loud and continuing disagreement about the subject in relation to the supposed rate of tax, unfortunately much of it devoid of fact. There is some suggestion that one of the contributory factors which Australian corporates are reluctant to invest off-shore relates to the various tax rates. Further, there is a feeling of disquiet among some of the smaller corporates that the larger multi-country corporations and local large companies are avoiding their tax responsibilities as they have the resources to arrange their affairs in such a manner which favours their tax positions.

The Australian Tax Office [ATO] has a regulatory responsibility to publish the annual report on the larger companies, and it is that publication from which the information is sourced. The conditions and other materials are discussed in these paragraphs

With this ATO information as a base, the taxation position is analysed from several viewpoints, and while no definitive answers can be established, the general position and trends are interesting.

There has been considerable discussion about the need for Australia to reduce the tax rate, given that the USA has reduced theirs at the beginning of 2018. It is difficult to defend the need for a reduction as the off shore investment by Australian corporates has been to the USA at a time when the USA tax rate was approximately 39%, and the rate of international acquisitions of Australian companies has been very consistent, despite the high headline rate, indicating that the tax rate is not necessarily an inhibiting factor for international investors. Australia’s headline corporate tax is in the higher bracket of the OECD countries

Never-the less it is an established fact that international tax rates are being reduced as there has been a steady reduction in the world average as well as the average weighted for GDP.

Many countries provide investment incentives for foreign investors, and particularly those in the region, and some of these are very significant. The incentives can range from policy-based which may include exemptions to local ownership, location and the like, but the very common incentive is the corporate tax income exemptions for many years, which can be up to 20 years in some cases. Most of these are targeted to new investors, although a domestic company may participate for an expansionary investment.

THE BASIS FOR THE AUSTRALIAN CORPORATE TAX

An extract from the ATO documentation sets the scene.

The ATO is required to produce an annual report of information about sort certain corporate entities. This report is the most recent, and is for the fiscal year ending June 2016. It lists public and foreign owned entities [including foreign-owned private companies) with a total income of $100 million or more as well as Australian owned resident private entities of the total income of $200 million or more, in tax return for the 2015 – 2016 income year.

Regulations require that this information is by entity level report and may not reflect actual economic or accounting groupings. It is important to note the aggregate figures listed cannot and do not reflect the complexity of the tax system. The legislation does not allow for the reporting of amount of zero or less, and in this instance the entry is left blank

The published information by the ATO covers 2043 companies [entities] which meet the ATO criteria, with the following overall summary being: -

There are some very interesting statistics when this is further analysed.

All this tends to make the push to lower corporate taxes very questionable. The analysis of the various taxes paid are shown as follows.

The implication is that 67% of the total entities had a tax payable of something less than the nominal 30% of the taxable income.

Other interesting facts include: -

The average tax payable on those entities which had a taxable income was 22.2%. If that had been paid at the 30% rate, the tax payable would have been $51.6 billion an increase of $13.4 billion tax.

If tax were payable on those entities which had a taxable income but no tax was payable, the tax would have been $146.1 Million, a direct addition to the country income
There are more companies paying NO tax than there is paying 30% of the taxable income.

Of those entities which had a nil tax payable, their ownership status was noted, and the ATO has also released the ownership details for the previous 3 years and the proportion of each group is shown in the following table

The proportion of each ownership group in the nil tax bracket is relatively consistent over the previous 3 tax years. It also shows that the % age of foreign owned companies with nil tax liability is basically the same as Australian owned public entities with a nil tax liability.

However, there are various other devices which are adopted to minimise the tax liability and they may be outside the spirit and the actual law, and some of these devices are outlined in the Paradise Papers, the Panama Papers, and many other leaked publications. These revelations, measured in the multi-millions, listed both individuals and corporations which were seeking the advice and assistance of specialty legal and financial experts in order to minimise their tax obligations.

The area of the determination of the taxable income and the subsequent deductions is an area which may warrant a significant critical examination and review in conjunction with the review of the structure of the base for the taxable income. As it stands the number of companies which pay NO tax, exceeds the number of companies which actually pay the headline tax rate.

We have listed the selected international comparisons, which shows Australia’s headline tax rate can be seen as being in the upper bracket, and there has been a recent push to reduce it. This has been partially driven by the long term decline, but more recently the reduction in the headline rate reduction of the USA [Jan 2018] has prompted a more spirited clamour in Australia.

The argument is based around the theme that lower rate will encourage inward investment which will fuel jobs and wages growth. However, comparing Australia’s relatively low outward FDI has been to countries which have an equivalent or higher tax rate, indicates that tax levels may not be a significant factor in determining the investment target. For example, the Australian outward FDI for the 3 years to 2016 were USA UK, and Japan which collectively was 49.5% of our FDI and the tax rates were; USA 39.6%, UK 20% and Japan 29.97%, [These tax rates have been subsequently reduced]

Conversely, the Australian inward FDI has been very healthy even though there is a relatively high headline rate

The Business Council of Australia has endorsed the drive to tax reduction and has written to the Australian Upper House, the Senate in March 2018 supporting the reductions. The letter was signed by 10 of the business leaders on behalf of their companies, and a list of those signatory companies together with the tax position for the year 2015/6 is available. It is interesting that of those 10 companies

The factors which make it difficult to see an advantage in a reduction of the corporate tax rates are:

Firstly, it reduces the country income without any demonstrable offsetting increases in benefits
the Dividend Imputation scheme will adversely affect domestic shareholders, while the benefits of the tax reduction will be available only to the foreign companies. This has been adequately demonstrated in the publication “Company Tax and Foreign Investment in Australia” by the Australia Institute.

Even so, it is expected that all entities pay the fair share of tax and some recently enacted tax reform is to that end.

Corporate taxation is an emotive issue, subject to misconceptions, ideological differences and poor information and explanation, and to further confuse the issue, it is subject to inferences of “bending the rules”, hence Australia’s corporate taxation is in a state of flux in relation to the structure and the future, although the headline rate is almost certainly to be reduced.

The analysis implies that taxation ranks relatively low in the consideration of a potential foreign investor, and other factors are more relevant. Further the local shareholders would gain no benefit from a tax reduction, but the foreign shareholder gains from the process.

The matter is not an incentive nor a disincentive for the Australian company which is considering an expansion to a foreign market, as it is sometimes suggested.

Glen Robinson has spent the last 30+ years focussing on the establishment and development of cross border commercial alliances, joint ventures, mergers and acquisitions, particularly in the manufacturing, processing and distribution areas, and particularly targeted to Asean. These corporate advisory activities are based on many years’ experience in management consultancy, and he has worked with a wide range of industries from agriculture, government through to manufacturing, distribution and service industries. He initially gained his Asian experience as chief executive officer for the Asian subsidiaries and joint ventures of a major international manufacturing and marketing organisation.

Glen has sat on the board of many Asian related business organisations and has for many years advised a number of Foreign Investment Boards in the Asian region.

- Corporate taxation in Australia for the year 2016. AFG Venture Group