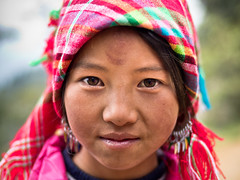 Here is an extended version of John Fallon's excellent review of John West's new book, "Asian Century ... on a Knife-edge".
In this book John West challenges the popular proposition that the 21st century will be the ‘Asian century’. Despite many examples of stunning growth performances, measures of income and living standards and commercial and technological capacity in Asia as a whole are shown to be still well below those of global leaders like the United States and Germany. It is argued that generally Asian economies do not exhibit open economies and inclusive economic and political development and these factors have led to ‘stunted’ economic and social development for Asia as a whole. There is now more recognition that the ‘Asian century’ hype has come back to earth and that realising the potential of Asia will require fundamental economic and political reforms.

A host of topics and evidence are reviewed to establish what would be needed for most Asian economies to reach the living standards of the United States and other major developed economies. The book is written in a highly accessible style and collectively provides a persuasive case that it will be difficult for Asia as a whole to escape the ‘middle income’ trap that is a general feature of economic development.

The author contends that the prospects for an Asian Century will depend on how Asia responds to seven challenges: (1) getting better value out of global value chains, (2) making the most of urbanization’s potential, (3) giving all Asians a chance, (4) solving Asia’s demographic dilemmas, (5) fixing Asia’s flawed politics, (6) combating Asia’s economic crime and (7) living together in peace and harmony.

The book provides a wide ranging review of economic and political development in numerous Asian economies, drawing on key economic theories and presenting detailed factual material in relation to the seven challenges.

Asia’s major economies have grown rapidly reflecting the scope for the ‘catch-up’ process to work where rapid growth is made possible by absorbing economic, commercial and technological knowledge from world leaders. However, it is often not possible to fully adopt all the institutions and policies that feature in the economic development of world leaders and many countries have grown rapidly but then reached a plateau well below the income and living standards of World leaders like the United States and Germany.
West identifies a weakening impetus from the catch-up factor, aging populations and the likelihood of a less open and stable global economic system as factors that will limit economic development. The reform menu includes attention to the basics – education, infrastructure, opening markets and widening opportunities for all Asians. But West highlights that it is the role for economic and political institutions that is critical for long term, sustained economic development. This proposition is well supported by the comprehensive and persuasive work of Acemoglu and Robinson (2012, Why Nations Fail: The Origins of Power, Prosperity and Poverty) who identify the essential role of ‘inclusive economic institutions’ which in turn require ‘inclusive political institutions’.

Chapter 3 (Asia’s Mythical Middle Class Society) examines the evidence relating to the standard of living of Asia’s middle class making a convincing case that the region is a long way short from having a middle-class society. Although there has been substantial progress in reducing extreme poverty, the reality of Asian life is that fully one half of Asians are caught between poverty and middle class (based on $10 a day of consumption or income). Furthermore, rising inequality has been a feature in Asia since 1990 reflecting technological change, urbanization and ‘grand corruption’. This period of rising inequality contrasts with the ‘growth with equity’ outcomes in the rapid growth phases of Japan and several other East Asian economies.

Chapter 4 (Getting Better Value out of Global Value Chains) discusses the development of global value chains in major Asian economies and the role of direct foreign investment and trade in transferring technology and commercial knowledge and facilitating specialization. In this respect it is critical to ensure an environment that can attract and sustain foreign investment. However, West points out that most of Asia including China and India have enormous barriers to foreign investment. Even Japan while doing so much to create global value chains in other Asian countries is characterized by business and social practices that have proven insurmountable barriers for foreign investors. And despite being in the midst of an impressive process of technology catch up, China is still largely characterized by mercantilist policies, including ‘innovation mercantilism’, and notoriously weak protection of intellectual property.

After reviewing developments in relation to the Trans Pacific Partnership and other trade negotiations, it seems as if there is little prospect of a much needed new wave of trade and investment liberalization. West points to the lack of leadership on trade and investment liberalization in the Asian region. Consistent with the institutional economic development thesis West argues that to become an innovation leader requires open economies, open societies and open politics and that China and much of Asia are a very long way short of these ideas.

Chapter 5 (Making the Most of Urbanisation’s Potential) discusses the role of urbanisation in improving living standards. Topics covered include the labour surplus model of Arthur Lewis, labor unrest and the hukou (household registration and urban work permit) system in China, a vivid case study of life in India’s most famous slum, Indonesia’s urban infrastructure crisis, and urban environmental disasters in several Asian cities.

The hukou system provides a great example of a policy where reform could extend the catch-up process and sustain high growth for decades. The hukou system restricts the movement of people from rural areas to the main cities, where productivity is substantially higher, and discriminates against people who do not have an urban hukou but work in urban areas. Cities in China are now divided into local and outside populations in what West describes as a system of ‘urban, social apartheid’. The outsiders or ‘floating population’ do not have access to health care, education and housing services that residents with an urban hukou receive. West notes that China’s floating population has risen from 20–30 million in the 1980s to 250 million in 2014 (more than 10 million of whom are college graduates) and that by the year 2020, it could be close to 300 million. West rightly concludes that this policy imposes great economic and social costs on the Chinese economy and runs great risks for the Chinese Communist Party. He notes that there has been little action in terms of reform.

The issues of discrimination are the topic of Chapter 6 (Giving All Asians a Chance). It presents a number of cases studies showing that social inclusion largely remains a distant ideal, highlighting in particular discrimination and heinous practices against girls and women and deprivation of various ethnic peoples in many Asian countries.

Chapter 7 (Solving Asia’s Demographic Dilemmas) discusses the role for demography in economic development and highlights the prospect of population and workforce decline in a number of major Asian economies, arguing that this will limit overall and per capita economic growth over the longer term. Population decline and aging is already occurring in Japan and China, Korea, Hong Kong and Singapore and Thailand are also in the midst of rapid population aging, reflecting lower fertility rates. In contrast Bangladesh, India, Indonesia and the Philippines have massive youth bulges now entering the jobs market. A declining workforce will mean substantial fiscal pressures. For those countries like India, where the population is growing rapidly, there is scope to realise a demographic dividend from workforce participation. In the case of India West notes the demographic dividend could add 2 percentage points to India’s annual economic growth over the coming three decades. However, this will depend on improving educational outcomes at every level in India and continuing the recent reform process to encourage investment. West provides examples of where countries facing workforce decline could take action to improve workforce participation, including increased immigration, and reforms to boost productivity. He also notes that, taking a longer term perspective, lower population would ease pressures on the global environment but that in the mean time there will be many economic and social costs to address.

Chapter 8 (Fixing Asia’s Flawed Politics) discusses political accountability and the state of democracy in Asia. There is an underlying theme that inclusive economic and political institutions are essential for sustained success. Against this benchmark West provides examples that support the contention that generally democratic institutions are weak in Asia, including its most democratic countries – Japan, Korea, India and Taiwan. Several topics are examined in detail: will China democratize, oligarchic democracy in Korea and Japan, the Philippines’ gyrating populism and military politics in Myanmar and Thailand.

Essentially the argument is that to go beyond the catch-up phase requires innovation and ‘creative destruction’ whereby new firms with new ideas and technologies can readily take a leading role while many older firms fade in importance or go bankrupt. This is an application of Schumpeter’s creative destruction proposition. The point is that the scope for creative destruction is greatly inhibited in authoritarian societies or where political powers protect inefficient companies. Open democratic societies are also usually more conducive to creativity and innovation which are the principal drivers of all mature economies.

In Chapter 9 (Combating Asia’s Economic Crime) West argues that the flawed politics of Asia have led to the region becoming one of the centres of the global criminal economy.

Chapter 11 (What Next for the Asian Century) draws the key themes of the book together arguing that if Asia were to successfully tackle the seven challenges identified in the book it would be able to achieve advanced economic status. However, West considers this is unlikely given political factors and a world and region with increasingly divergent interests.

The book should be of interest to all those interested in fundamental factors affecting economic and political development and the prospects for Asia as a whole.

This review is an extended version of the review that was published by the DEVPOLICY blog on February 26, 2018.