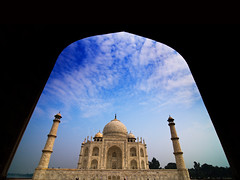 In spite of spending such large share of GDP, outcomes from the government expenditure in terms of public amenities and services, even basic ones, let alone those needed for quality of life, are not commensurate with resources expended. Expanding government expenditure with no changes in either reallocation of expenditure or continuing with ‘business as usual’ will be counterproductive as household burdens in supporting government activities are already high. Hence urgent sustained efforts at obtaining better outcomes are critical for India’s future governance and growth.

It should be stressed that an integral part of obtaining better outcomes is significant improvement in relevant data collection at all levels of government units, a system to manage and analyse the resulting data, and to create appreciation and capabilities among the decision makers and administrators to use data analysis as an integral part of design of programs and schemes, and of their monitoring and evaluation.

In conjunction with the introduction the Cooperative Federalism initiative, GST (Goods and Services Tax), the amendments on October 25, 2016 to the Benami Transactions Prohibition Act, 1988, the Real Estate Regulation Act, 2017, the Insolvency and Bankruptcy Act, 2016,changes in budgeting structure (only current and capital expenditure classification to be used), possible shift in fiscal year to calendar year, required use of the PFMS (Public Financial Management System) to better track fund-flows from the Centre to the States, and for Centrally Sponsored Schemes(CSS), establishment of National Institution of Transforming India (NITI) Aayog represents a new dynamics for the States which they need to adapt to and to learn to utilize effectively.

NITI Aayog was established on January 1, 2015. It has replaced the Planning Commission (an extra -Constitutional body existing since the 1950s), and the Economic Advisory Committee of the Prime Minister. Since the 12th five-year plan, which ended in March 2017, India no longer has official plans designed to allocate resources to various sectors and to the States

In the name NITI Aayog, the term ‘transformation’ is significant as it implies that transformation in India’s mind-set, in governance, and in design and administration of government programs and schemes at all tiers and levels of government are needed. The goal is to obtain better outcomes in terms of delivery of public amenities and services, including internal security and justice process, and make them accessible and affordable as uniformly across the country (and within States) as possible. This is captured in the Prime Minister Narendra Modi-led government’s vision of ‘Sabka Sath Sabka Vikas’.

Among the major functions of NITI Aayog are to suggest measures and initiatives to obtain better outcomes from government schemes; and to act as a think tank on issues deemed important by the Union government and by the individual States.

This recognizes that the knowledge and expertise are essential for improving governance and obtaining better outcomes at all levels of government. But these are scarce, and a body that has the resources and capacity to objectively analyse specific governance or development challenges in a non-partisan manner, and help measures outcomes can be an important shared service for not just the Union Government but also for the States, their Districts, the ULBs (Urban Local Bodies) and the RLBs (Rural Local Bodies).

Three reports of the respective Sub-Group of Chief Ministers, namely on rationalisation of Centrally Sponsored Scheme(CSS), on Swacch Bharat Abhiyan, and on skill development set up by NITI Aayog have been submitted (as of April 2017), and their recommendations have been translated into reforming these programs and schemes.

NITI Aayog has undertaken useful studies on monitoring outcomes in health care, education, and water supply, areas of particular interest to Haryana. It also provides a forum and a meeting point for States to learn about and from each other. Reforms in health sector, education, and digital inclusiveness are some of the priority areas. It has expertise (or access to it), and modest resources to help incentivise the States in these areas.

The above represents a fundamental shift in the institutional structure and in the possibilities of interaction between the Centre and the States, and ULBs and the RLBs. NITI Aayog can be of considerable relevance to the States and their ULBs and the RLBs as a think-tank, an expert group to suggest feasible measures to improve governance and obtain better outcomes in specific areas.

Individual States and their ULBs and the RLBs, however will need to transform their mind-sets (from finance or money to outcomes) and appreciate the importance of outside expertise and new perspectives. They also need to establish formal arrangements for interacting with the NITI Aayog. Some States (including Maharashtra, Madhya Pradesh, Rajasthan, and Gujarat) have already begun to utilize NITI Aayog as a “think tank”. Such utilization of NITI Aayog should be an integral part of “Co-operative Federalism” initiative.

In India’s federal polity, with constitutional responsibilities divided between the Union Government, the States and their Districts, the ULBs and the RLBs, policy coherence (not to be confused with uniformity) and organisational coordination between different agencies in a federal structure, and within a given layer of government, are essential for better outcomes. NITI Aayog could help play a role in achieving better coherence and coordination and thereby assist in obtaining better outcomes.

For those states which have not yet done so, it would be useful to establish liaison mechanism with designated focal person(s) and points, with the NITI Aayog, preferably in the office of the Chief Minister of the State. This is because political commitment to achieve better outcomes must be communicated to all the Departments through the chief Minister’s office for the liaison to yield anticipated results in terms of better outcomes.

It would also be useful to designate a small group of officials to identify urgent challenges for the States where the expertise of the NITI Aayog could help improve governance and outcomes.

This should be followed by regular interactions with the NITI Aayog not just by the State officials, but also by select officials from the Districts, from the ULBs, and from the PRIs. This is because while many services and amenities are provided by the Districts, the ULBs and the RLBs, they have limited opportunities to interact with knowledge and domain specialists who could help generate context -specific measures to address specific challenges.

Mukul Asher is a Professorial Fellow at the National University of Singapore (This email address is being protected from spambots. You need JavaScript enabled to view it.).
Tags: india, Mukul Asher, NITI Aayog