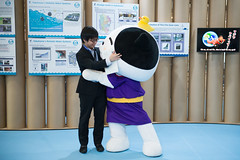 Speakers at the Asian Development Bank’s annual meeting in Yokohama were keen to stress the transformative effect of technology investment. John West reports.
The fourth industrial revolution. Artificial intelligence. The internet of things. Disruptive innovation. These are some of the buzz-phrases associated with the technological transformations that are revolutionising the development landscape, according to experts at the 50th Anniversary Annual Meeting of the Asian Development Bank.

“Enhancing market competition through regulatory reform can improve the adoption of new technologies,” said Marc Schiffbauer, an economist in the poverty reduction and economic management unit of the World Bank. Mexican firms exposed to Chinese competition invest more in digital technologies than those which do not face such competition. Improving technology skills is also necessary to improve adoption. At the same time, it is necessary facilitate adjustment to the disappearing middle-skill jobs which are being displaced by digital technologies.

“The digitalisation of trade processing can bring big reductions in the costs of trading, and be particularly beneficial for small and medium-sized enterprises, which typically do not trade very much,” says Alisa DiCaprio, a research fellow at the Asian Development Bank Institute. Such digitalisation can also improve governance by reducing the opportunities for corruption, especially by customs agents, which are prevalent in manual systems. Digitalisation is also fostering fintech, which is enabling the provision of new financial services beneficial to smaller enterprises.

“The great digital transformation underway is eliminating the barriers to entry for entrepreneurs and reducing the costs of experimentation, and leading to more innovation and development leapfrogging,” said Simon Wilkie, acting senior economist at Microsoft. Digital disruption can now happen anywhere. The upshot is that we are seeing the development of new markets, new organisations, new contracts and new jobs. At the same time, Microsoft is working with governments and international organisations to tackle global problems like human trafficking.

This article, by John West, was first published by FDI-Intelligence, a Financial Times magazine.