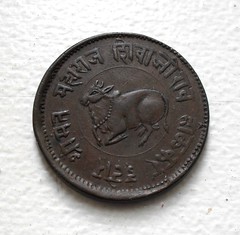 Mukul G. Asher offers his observations on the Varishtha Pension Bima Yojna 2017.
The VPBY (Varishtha Pension Bima Yojna) 2017, announced by the Finance minister in his budget speech (Paragraph 70) February 2, 2017 is a helpful step for those eligible (Citizen aged 60 years and above) to cope with interest rate volatility. It will guarantee 8 percent interest rate for 10 years once it comes into operation.

The VPBY 2017 is to be managed by the LIC (Life Insurance Corporation of India) an unlisted public sector company. It will be open for 1 year after the commencement date (which as of February 6, 2017) is yet to be announced. Other details of the VPBY are also not yet announced. The indications however are that a maximum of INR 0.75 million (7.5 Lakh) could be invested in VPBY per family. Option to receive pensions on monthly, quarterly, half yearly, and annually are available.

The Scheme is designed so that if the market returns earned by the by LIC on VPBY 2017 funds fall below 8 percent, the government through its budget will make up the difference. So contingent liabilities, difference between LIC's rate of return and 8%, will arise, and must be appropriately estimated and accounted for in the Union government’s budget statements.

It is essential that the fund and the investment details for VPBY 2017 are required to be kept separately by the LIC, and these should be transparently and regularly be made available to the Government, to the Members, and to the other stakeholders, including researchers.

In my view, PFRDA's investment guidelines for mandatory members of the government could be used as a basis, with needed revisions, for the VPBY 2017 balances.

A 10 year duration is reasonable and indeed a sign of good design. Main reasons are that macroeconomic environment may change over time, and that sunset clauses are needed in all such schemes, so that a fresh view can be taken at the time of sunset. Indeed, such sunset clauses merit consideration in all types of subsidy schemes.

The income from VPBY is expected to be subject to income tax, but section 80 C benefits under the Income Tax Act are likely to be available. A feature adding to the attractiveness of the VPBY 2017 is that on death of the policy holder, the premium is to be returned to the nominee.

The above suggests that the VPBY should not be evaluated on the basis that it will provide the only source of income during retirement. In planning for retirement income security, when faced with rising longevity (an Indian reaching age 60 in 2015, is projected to have additional life expectancy of around 19 years, with women exhibiting higher than average life expectancy of 20 years), it is essential to obtain retirement income from many different sources, including from having a marketable skill with demand even when a person is formally retired. It is the income from all sources in retirement that is a relevant indicator, not whether each scheme meets full retirement needs. Such an arrangement also serves as a sound risk-mitigation strategy.

It is unclear why the word ‘Bima’ is included in VPBY as there is no insurance element in it. It is essentially an immediate annuity product managed by the LIC. There is a strong case for excluding the word “Bima” from VPBY.

In the current low, even negative in some cases, interest rate environment globally, Union government guaranteed return of 8 percent (8.3 percent compounded) for 10 years could assist senior citizens to plan their monthly household income and expenditure with greater certainty and while shouldering less interest rate risk. This is attractive as current annual yield on 10 year government securities is around 6.5 percent; and fixed deposits for senior citizens yield close to 7 %. But neither of these rates is guaranteed, and could trend lower or higher, exposing households to interest rate risk.

Similar schemes were launched in 2003 and in 2014.The Outlook Asia Capital firm has estimated that the earlier two launches benefited around 0.8 million persons, and generated collection of around INR 180 billion, with yearly subsidy by the government (difference between the guaranteed rate that the investment returns) of around INR 2 billion annually.

The potential response to VPBY 2017 is estimated by Outlook Asia Capital to be around 0.3 to 0.5 million members and amount collected of around INR 100 billion. According to the Indian government data, in 2011, the number Indian citizen above 60 years of age was 103.4 million, around 8.6 percent of India’s population. Women formed 51 percent of the total above 60 years of age. This suggests that the impact of the VPBY 2017, (as was the case with earlier versions) while helpful, will be modest.

The modest impact strongly suggests that in devising any pension scheme, the focus should be on how it fits (in terms of policy coherence and organizational coordination) into the objectives of the pension system as a whole. As this aspect has received insufficient attention, this is an opportune time to consider national level research think tank (or a Division under Niti Aayog)on retirement income security, and behavior of the aged, and implications for public policies and demand and supply of goods, services, and financial and physical assets. As in other areas, empirical evidence driven policies in the pension and ageing area are also essential.

Mukul G. Asher
Professorial fellow, National University of Singapore
This email address is being protected from spambots. You need JavaScript enabled to view it.