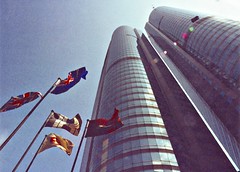 This paper explores the relative performance of 6 exchanges in Asia and as a benchmark, also explores “western” exchanges, including Australia, over a 10-year period.
Selected stock exchanges in South East Asia have been developed to a point where they are attractive to both local and foreign investors, further, the introduction of the Asean Exchanges has ensured there is a network of brokers and advisors which have pan-Asean understanding and have the ability to operate at the cross border level. Added to the well-developed exchanges in some of the countries in the region makes investing Asia that much easier, with the administration significantly reduced and allows foreigners to take advantage of the booming economies of the region. Of course, appropriate advice is necessary.

This paper explores the relative performance of 6 exchanges in the region and as a benchmark, also explores “western” exchanges, including Australia, over a 10-year period.

The stock markets of South East Asia in particular and Asia generally have been through a major transformation in recent years and so have the attending support services, particularly the security broking fraternity. The Asean Exchange [www.aseanexchanges.org/] developed by the ASEAN Secretariat is now a reality with 6 countries [7 bourses] being reported and the 4 remaining Asean countries undertaking the necessary restructuring to meet the required standard, and as a result, the bourses are attracting considerable foreign investment as well as a growing number of local investors as the middle class expands.

The performance of the stock markets is increasing in stature as the value of the investments grow. The markets are attractive to foreign investors, and this analysis shows the incredible growth of the indices, the dividends and yields of the markets and the means by which a foreigner can invest.

This analysis follows the relatively restricted analysis which we undertook in 2015 when the comparison was only the stock market index, and dividends were not evaluated.

This analysis covers 6 Asian and for comparison, several Western bourses.

Australian off shore investment pattern has materially changed over the last decade, with portfolio investment increasing as a percentage of our total, however, only a small proportion of that is directed to Asia. The following table shows the stock of Australian outward foreign investment in 2003 was $508 billion, and in 2015 it was $2081billion, made up as follows

1] Includes debt and equity securities; and [2] Includes Financial Derivatives, and other investments

However, it is notable that the investment into Australia up to and including Dec 2015 was made up from

The decision to create an Asean Exchanges [www.aseanexchanges.org] appears to have been an enlightened move which was initiated in 2012 with the objectives of streamlining access to and within ASEAN and to create efficient cross border harmonisation. The countries which have now joined are Singapore, Thailand, Indonesia, Malaysia, Philippines and Vietnam [2 exchanges]. The remaining Asean members are working to harmonise their systems, so they too can join.

There is considerable market information already posted on the exchange website, and it is a valuable tool for evaluating potential investments.

In order to gain an insight into the relative performance of the stock markets, a selection of Asian bourses has been examined. Those selected for comparative purposes are

A longer term view has been taken with analyses from both Jan 2005 and Jan 2009 to the present time June 2016. Jan 2009 was at the height of the Global Finance Crisis, and may be seen as a turning point in international financial markets. The weekly plots of the stock market indices from 1st Jan 2005 to 30 June 2016 and the results are interesting

As the starting point was Jan 2005 at which the Index was deemed to be 100, the relative Index at June 2016 for each of the Exchanges was


With the index for the first week in Jan 2005 is taken as equivalent to 100, the performance of selected bourses is quite outstanding. It is further noticeable that the two coups in Thailand when the elected government was overthrown by the military in September 19, 2006 and again in May 22, 2014, that on neither occasion was the stock market significantly affected

What is particularly noticeable is that each bourse was adversely affected by the American termed Great Recession which quickly turned into the Global Financial Crisis. Every bourse suffered significant declines in their index. To evaluate the improvement from that point, the trends of the indices was plotted with Jan 2009 as equivalent to 100

There was significant improvement in the indices for the Asian bourses from the aftermath of the GFC. It is well known that historical performance does not necessarily point to future performance of the markets, and individual stocks may have a different trajectory to that of the average. However, what can be inferred is that Asian stock exchanges, or some at least, are developing and presenting a viable opportunity for investment by both individuals and institutions, and that they are providing a source of capital for further economic development.

One of the interesting questions often raised about the activities of a stock market is the volatility, or otherwise, of the markets index. To test the volatility, the daily average index for the period Jan to June 2016 was plotted and the results are shown below in the graphic.

As the 4th of January 2016, was taken as 100, the movement of the index through to the end of June has been plotted and the activities shown by this analysis indicate a relatively normal activity pattern. While this method is not definitive nor sufficiently sensitive to identify untoward or unusual activity, it is a reasonably blunt indication that there probably has been little or no unusual activity.

There are several terms generally used to describe the dividend paid out to shareholders, usually on an annual or semi-annual basis. The Dividend Yield Ratio is the most commonly quoted financial ratio and shows how much a company pays out in dividends each year. It's expressed as a percentage and is calculated by dividing the annual dividends paid out by the current share price.

The price-earnings ratio (P/E Ratio) is the ratio for valuing a company which measures its current share price relative to its per-share earnings, and can be calculated as Market Value per Share / Earnings per Share.

Both of these metrics have been calculated for a range of stock exchanges, and an arithmetical average P/E and Dividend Yield for the top 30 stocks has been shown for the countries under consideration.

As are shown by the above analyses, Australia’s performance and outcomes may be seen as middle of the road in relation to dividends.

Currency valuations can have a significant effect on the returns from an off-shore investment and the Australian dollar has seen some volatility against the currencies of the region.

This analysis ignores any taxation, brokers costs and it also ignores any dividends or share splits, but it does show the significant returns which could be available.

Westerners are often reluctant to invest into the off-shore stock markets as “conventional wisdom” says the process is too difficult, with the currency differences, the various tax regimes, the lack of knowledge or information on investment targets, and the perceived distrust of foreign financial schemes. However, all those issues and concerns may be overcome quite easily. I will relate my experience in investing in a foreign stock market, as I was extremely pleased with the process and end result. I hasten to add that I am not authorised to provide advice, so I am only recounting my own experience, and I do not imply that this is general, as each person has different expectations and aspirations.

I selected a country in South East Asia in which to invest, selected a broker/advisor company which had a number of offices throughout the region, and also opened a bank account in my home country which I used exclusively for trading purposes. At a meeting with the assigned executive in the broking company, my investment profile and aspirations were established, as was the initial investments.

On returning home [Australia] I transferred the cost of the initial investment from my designated bank account to the account of the broking company all in AUD. From then on I received a monthly statement of my holdings, including market value, I received a cheque [in AUD] and a statement whenever a transaction or dividend occurred and a weekly statement on the state of the market and the economy [usually ran to 10-15 pages]. I also received advice on sales and purchases of stock on which I made the final decision in relation to sit, buy or sell. The overall information provided was excellent, and the process was simple.

The stock markets of Asia are developing quite quickly and can offer a viable complementary investment target. The development of the Asean Exchange has been a success to date and the extension to other countries will be a significant achievement. In the remainder of Asia, many countries have well developed stock markets, ie Japan and Korea, while other less developed countries see a stock market as a source of capital for economic development and are providing an avenue for both institutions and individuals to invest in the economy.

It must be remembered that there are four factors at work with an off shore investment; the capital return, whether it be a profit or a loss; the dividends or other payouts; the currency fluctuations and the local costs which can include conversion fees and local taxation, however, in some jurisdictions no tax is payable under certain conditions.

It is not difficult to trade on the stock exchange in an adjoining country if it is approached sensibly and sensitively. The administrative processes are not onerous, the advice and guidance from advisors is excellent, and the returns are competitive.