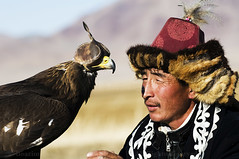 Mongolia: after the bust

The collapse of commodity prices continues to drag down the Mongolian economy, though an IMF loan could provide a short-term solution, writes John West.
Mongolia is struggling to get its house in order following a colossal boom-bust cycle.

“Mongolia’s vast mineral and agricultural resources, its well-educated workforce and proximity to the Chinese market make it a very opportune destination for FDI,” said Marc Hawkins, executive director of the Sonoforte Group, an equipment supplier based in Ulaanbaatar. In the space of four years, from 2010 to 2013, Mongolia attracted $13bn in inward FDI (based on UNCTAD statistics), with a large share of these flows financing Rio Tinto’s Oyu Tolgoi mine, the world’s largest underdeveloped reserve of copper.

FDI then suddenly dried up, as inflows fell by 96% from their 2011 peak of $4.7bn to $192m in 2015, in response to the decline in the prices of Mongolia’s main exports, copper and coal, and the slowdown in the Chinese economy. But other factors were also at play. The Mongolian government’s love-hate relationship with foreign investors led to disputes over revenue sharing, project delays and a loss of confidence in Mongolia as an investment destination.

Not surprisingly, Mongolia’s commodity-dependent economy suffered similar instability. In 2011, it had one of the world’s fastest-growing economies, with GDP growth spiking at 17.3%, while the Asian Development Bank is now forecasting growth of only 0.3% for 2016. Shortcomings in government policy also dragged the economy down, contributed to its present financial woes and exacerbated the loss of confidence by foreign investors.

“During the short boom period, the government did not have a sovereign wealth fund to manage the benefits of resource development,” says Yolanda Fernandez Lommen, the Asian Development Bank’s country director in Mongolia. “Instead, with a view to sharing the benefits of the mining boom, the government has given generous allowances and subsidies to Mongolian citizens, which have had an adverse effect on public finances."

The Mongolian government estimates that its fiscal deficit will reach 18% of GDP in 2016, up from 8% last year, while public debt is projected to exceed 90% of GDP by the end of the year. The Mongolian government also made some large borrowings on international markets in recent years to finance infrastructure, but is now faced with more than $1bn in debt repayments in 2017 and early 2018. Mongolia’s increasingly precarious finances led credit rating agencies Moody’s and Standard & Poor’s, to downgrade Mongolia’s sovereign rating in August 2016. The country’s mounting double deficits prompted the new government led by Prime Minister Erdenebat Jargaltulga to turn to the IMF for a rescue loan in late September.

“Behind Mongolia’s many financial problems is deep, endemic corruption,” says Jargal Dambadarjaa, an Ulaanbaatar-based commentator. In its 2016 Investment Climate Statement on Mongolia, the US State Department also noted with concern that “the opportunities for corruption have increased at both the ‘petty’ or administrative and ‘grand’ or elite levels”.

Following elections in June 2016, the Mongolian People’s Party was swept back into power. “The new government is firmly committed to having an FDI-friendly environment. It has also requested financial assistance from the IMF to support its economic programme,” said Ms Fernandez Lommen. “The government faces a few challenging years. But this is essentially a liquidity problem, as Mongolia’s natural resources are immensely valuable, and in a few years’ time there will be higher revenues flowing in from Oyu Tolgoi and other mines.”

This article, written by John West, was first published by FDI-Intelligence, a Financial Times magazine, on 26 October 2016.