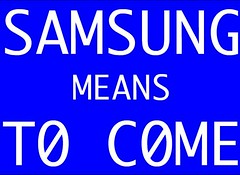 Korea must extricate itself from its chaebol predicament, argues John West.
Heather Cho, Vice-President of Korea Air, provoked a storm when she delayed the takeoff of a Korean Air flight in December 2014, over her dissatisfaction with the service of macadamia nuts. This ridiculous incident reminded the whole world that Korea is not a people's republic. It is still a "chaebol republic".

Today, the dominant role of Korea's chaebol (large and sprawling, family-controlled conglomerates) in the nation's politics, economy and society is seriously questioned by many -- and not just because of the "nutgate" incident. But it is still without question that the chaebol played a crucial role in Korea's rags-to-riches development miracle.

Miracle on the Han River

The "miracle on the Han River" was perhaps the most unlikely of all the Asian economic miracles. The three-year Korean War, which ended in 1953, killed 2 1/2 million of the combined population of North and South Korea of 30 million. The peninsula's infrastructure of roads, buildings, bridges and so on was almost completely destroyed. And one-third of the population were left homeless.

At the end of the 1950s, Korea's situation still remained bleak. Then, in the space of the two decades, the 1960s and 70s, President Park Chung-hee, the father of the current Korean president, laid the foundations for the comprehensive transformation of the Korean economy, society and politics through his “guided capitalism”.

President Park was no believer in free markets or democracy. On the contrary, he was a ruthless dictator who came to power in 1961 following a military coup. He corralled the nation's leading businessmen into his economic development project. They were offered access to cheap finance and foreign technology, protection from imports and foreign investment, export subsidies, tax breaks, cheap labour and other favours, if they would develop industries like fertilisers, cement, chemicals, oil refining and textiles. Anti-competitive behaviour like cartels, collusion and price-fixing were also tolerated. And corruption was widespread, as it still is today. Korea ranks 37th on Transparency International's Corruption Perceptions Index, way below Japan's 18th place.

From miracle to crisis

Those who live by the sword, all too often die by the sword, and President Park was assassinated in 1979. But his ruthless economic nationalism put the country on an irreversible path to prosperity and democracy, and ultimately membership of OECD, the “rich man’s club”, in 1996. Within a year, Korea would be a victim of the "Asian financial crisis". The chaebol had gone an international borrowing spree, ignoring the risks of short-term, dollar-denominated debt. When international lenders then lost confidence in the Asian-miracle hype of the time, and withdrew their capital, Korea was left in financial crisis.

Korea recovered very quickly. Reforms imposed by the IMF, notably for corporate governance, opening to foreign direct investment, and deregulation laid the foundation for a return to strong economic growth. But once the crisis passed, the chaebol vested interests regrouped and reasserted their influence over national policy making.

Power of the chaebols

Electronics giant Samsung has been the star chaebol, and is now ranked the world's 11th most valuable brand by Forbes magazine, on a list headed by its nemesis, Apple. But Samsung is not the only one. Automobile company Hyundai is ranked 71st.

The chaebol completely dominate the Korean economy, with Samsung accounting for one-fifth of Korea’s exports, and the 30 biggest chaebol for over four-fifths of exports. The chaebol’s penchant for empire-building is symbolised by Samsung’s 70 subsidiaries, which cover a vast array of unrelated industries like electronics, insurance, shipbuilding and petrochemicals. But they have been successful in upgrading the Korean economy from a producer of low-end manufactures to high-tech electronics and automobiles.

Overall, Korea was able to defy both history and its resource-poor geography to become the world’s 15th largest economy and 7th biggest exporter. Its GDP per capita leapt from $8,436 in 1990 to $34,549 in 2015. But it still has a long way to go in its economic catch up, as GDP per capita is only 62% of that of the US. And like Japan, Korea has a lopsided economy, where service sector productivity is less than half that of the manufacturing sector.

Korea faces many challenges to complete its catch up to world leaders like the US and Germany -- and also to prepare the country for possibility of having to suddenly absorb North Korea.

For one, it has the fastest ageing population among the advanced OECD countries’, as the fertility rate has plummeted from over 6 children per woman in 1960 to 1.3 today. This will impose an enormous drag on the economy as Korea’s workforce started declining in 2016, and overall population decline could set in from the year 2035. In contrast to Japan, Korea has at least had the wisdom to open up significantly to immigration.

One area where Korea performs even worse than Japan is in its treatment of women. This is indeed a great tragedy, as providing greater opportunity to women could help Korea cope with population ageing. Anyone who doubts the ability of Korean women need only look at the Ladies Professional Golf Association rankings which are dominated by Korean lady golfers.

Korea also needs to transform itself from a copycat nation to a creative and innovative economy to climb further up the development ladder. And Korea has indeed great potential to become an innovation nation. It has invested greatly in information technology, and is now ranked top of the world in terms of ICT development, way ahead of 11th placed Japan. Koreans also have a great passion for studying English, the language of the global economy. And the “Korean wave” of K-pop, television drama and cinema that has conquered East Asia, is evidence of a very creative culture.

However, as the OECD highlights, Korea needs to strengthen international collaboration, the role of universities, venture capital, and openness to domestic and international competition to improve the foundations for innovation. And like Japan, school and university students are too focused on rote-learning, memorisation and passing exams, rather than critical thinking, creativity and analytical skills.

At the heart of many of Korea’s challenges is the dominant position and continued favoured treatment of the chaebol, which are squeezing out the emergence of new players, which could rejuvenate the economy for new wave of productivity growth. The chaebol often use their market power to make it difficult for new entrants to gain a foothold. And even when new entrants do succeed, they are often acquired in takeovers by chaebol.

There is much that should be done to expose the chaebol to more healthy international and domestic competition by eliminating trade and investment barriers. Korea’s market restrictions are some of the worst among the OECD group of countries, and even worse than Japan’s.

The US State Department has also highlighted Korea’s weakness in the area of competition policy in noting that “the practical impact of Korea's laws and policies regulating monopolistic practices and unfair competition, however, has been limited by the long-standing economic strength of the chaebol … Chaebol-government relations can also sometimes influence the business-government dialogue, to the detriment of foreign and small and medium-sized enterprises (SMEs).”

Despite the reforms following the Asian financial crisis, Korea’s corporate governance is still among the weakest in Asia, with complex webs of cross-shareholdings and pyramidal chaebol shareholdings, which enable owner families to exert control, but inhibits its economic efficiency and innovation performance. The Asian Corporate Governance Association (ACGA) ranks Korea only equal 8th along with with China on its list of 11 Asian countries, behind Hong Kong, Singapore, Thailand, Japan, Malaysia, Taiwan and India, and ahead of only the Philippines and Indonesia.

Over the years, there have been a series of chaebol scandals related to various financial crimes. Seven of the leaders of Korea’s ten largest chaebol, including chairmen of Samsung, Hyundai Motors and SK have been convicted of crimes such as breach of trust, corruption, embezzlement and large-scale accounting fraud. While prosecutions and court cases follow, they invariably lead to official pardons, thanks to the corrupt and cosy ties between the chaebol and government.

Overall, it is widely acknowledged that the Korean economy needs a more level playing field, and that the chaebol should be brought to heel. Various governments have made some efforts to do so under the banner of economic democratisation, but to little effect. Given their economic dominance, it is easy for the chaebol to scaremonger about the possible adverse effects of any reforms.

Second miracle on the Han River

When President Park Geun-hye took office in February 2013, she called for a “second miracle on the Han River”. One year later, she announced details of a Three-year Plan for Economic Innovation, with a view to fostering a creative economy, promoting social cohesion and boosting the employment rate.

But as the OECD noted rather diplomatically, “The Plan addresses many longstanding problems in the Korean economy that have not been resolved due to strong resistance from interest groups”. Like the OECD, we can only hope that the personal commitment of the President will lead to greater success in the future. Otherwise the "hermit kingdom" will become another Asian country that achieves moderate success, but is unable to realise its full potential by catching up to world leaders.
Tags: asia, korea, chaebol