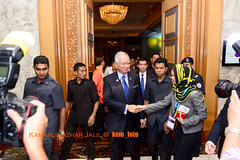 Glen Robinson explores the relative performance of 5 exchanges in the region and as a benchmark, also explores 5 “western” exchanges, including Australia, over a 10-year period.
Selected stock exchanges in South East Asia have been developed to a point where they are attractive to both local and foreign investors, further, the introduction of the Asean Exchanges has ensured there is a network of brokers and advisors which have pan Asean understanding and have the ability to operate at the cross border level. All this makes investing in the region that much easier, with the administration significantly reduced and allows foreigners to take advantage of the booming economies of the region. Of course, appropriate advice is necessary.

Over the last several years there has been increased discussions about the growth of Asia and Australia’s involvement in that growth, and most of the discourse has related to China and to some extent has ignored the other economies in the region. Further, the Portfolio investment, which is the investment through the stock exchanges, has been largely ignored in favour of direct investment as shown by the FDI statistics. Historically, we in AFG, have undertaken several analyses on the relative performance of the Asean stock exchanges and we have been pleasantly surprised at the strength and real development of them.

In our previous analyses the effect of the relativity of currencies was not taken into consideration, but we now believe that this is a significant factor, so on this occasion, we have extended the analysis to monitor the performances of a number of Asia based exchanges and used some western exchanges as a benchmark, and we include the currency effects at least in relation to the Australian currency.

The Asean Exchanges have become a reality [www.aseanexchanges.org/] and are discussed below, where we very briefly review its progress.

The present situation strongly suggests that there are significant benefits which can be achieved from cross border investment, including into the Asean exchanges, if undertaken appropriately.

In mid-2011 the planned formation of the ASEAN Exchanges was announced, with the intention that the stock exchanges in the 6 major economies would harmonise their systems and back offices in order to provide easy access to a much wider range of securities for brokers and investors. This would provide to investors and brokers a simple system to trade internationally with the same low level of administrative burden as trading on the domestic market.

The exchanges which initially signed up to the agreement were Singapore, Malaysia, Indonesia, Thailand, Philippines and the 2 exchanges in Vietnam. The Exchanges are now in operation and considerable market information is posted on their website [www.aseanexchanges.org]

Those markets which are not yet part of the Exchanges are working towards the standards necessary to be part of the network, and it is expected that expansion of will occur in the near future

The relative success raises the question “when are the western exchanges, particularly those in the region going to participate”. As was indicated in 2012, there is no easy answer, except it may occur when the investors and listed companies demand it. It is difficult to see a reason not to pursue it

A long term view was taken, tracking the indices on a weekly basis between June 2005 and June 2015. There has been no attempt to adjust for total market capitalisation nor for the volume of trade.

The trend shows a relatively stable performance by most of the exchanges, but as expected all economies are affected by domestic, regional and global events, the most notable global event was the GFC which had the major effect at the beginning of 2009, when all exchanges surveyed were adversely effected. On a domestic level, Thailand in particular has had a turbulent political time with coups in Sept 2006 and again in May 2014, neither of which had a significantly adverse effect on the exchange.

However, to gauge the relative improvement following the GFC, the performance of each exchange was recast and June of 2009, was used as the base line.

The stock exchanges of the Asian region have performed very credibly, and as an example the following chart shows the value of $A1000 investment made in June 2009 and its relative value in June 2015, not including any dividends or splits and ignoring any currency fluctuations.

Effect of fluctuations in the currency values

There have been some significant re-alignments on the currency values over the last decade, particularly those currencies which are closely linked to the US Dollar. The returns from the Stock Exchanges has been recalculated taking into account the changing currency values relative to the Australian Dollar.

While not every investor will expatriate the funds, there is still a healthy return if the capital is expatriated to Australia

The performance of the Asian stock markets are such that it could encourage Australian investors to place some of their investment funds into South East Asian exchanges. The administrative processes are not onerous, good information is available from reputable advisors and brokers, and Australia has double tax treaties with most countries so that any with-holding taxes paid in-country may be netted off against the Australian tax liability. Of course detailed advice should be sought.

Glen Robinson has spent the last 25+ years focussing on the establishment and development of cross border alliances, joint ventures, mergers and acquisitions, particularly in the manufacturing, processing and distribution areas, and particularly targeted to Asia. These corporate advisory activities are based on many years' experience in management consultancy, and he has worked with a wide range of industries from agriculture, government through to manufacturing, distribution and service industries. He initially gained his Asian experience as chief executive officer for the Asian subsidiaries and joint ventures of a major international manufacturing and marketing organisation.

Glen sits on the board of many Asian related business organisations and has for many years advised a number of Foreign Investment Boards in the Asian region.