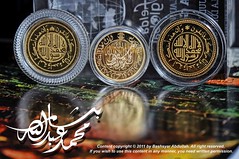 Glen Robinson has shared with us an overview of the Australia performance and attitude to the investment in developing markets in South East Asia.

The developing Asian region covers over 30 countries, about 57% of the world’s population, which is growing at twice the rate of the rest of the world, consumes about 70% of the world’s steel, and about the same percentage of the world cement production, is the world’s production centre, will continue to be the worlds food basket, and has a diverse range of countries with different levels of population, ethnicities, religions, history, aspirations, cultures, economic development and economic growth rates.

In recent years Australians have tended to regard this region as a homogeneous entity without recognising the massive differences and companies have been reluctant to invest and establish operations in this region. It has not been uncommon for the stock market to castigate any company which announced a market entry to Asia. This is beginning to change albeit slowly, and investors are beginning to see the developing world as being prospective and strategic cross border investment is beginning to return.

Why should we engage why with emerging markets?

History indicates that this question hasn’t been asked for some time, but in reality there are a number of quick answers and reasons which indicate that Australian companies should be investing in cross-border activities particularly in the emerging markets. Some of those reasons are explored below.

One is the current state of Australia’s globalisation. There are very few Australian companies which can be regarded as truly global, and by global, the company should be in a significant number of countries, at least more than 20, and on at least 3 continents. It would be hard work to find 10 companies in that category

Compare this with a country like Sweden, half the size of Australia, not regarded as particularly innovative nor adventurous, but you would find more than 10 [maybe 20] companies which would meet the criteria of being Swedish and global. The same could be said for the Swiss and many other smaller country companies which would fit the category of being global.

We tend to be blinded by very big resource companies like the BHP’s and the Rio’s and we tend to overlook the fact that it is the operating companies which have to take a position in a foreign market and compete with both the domestic suppliers and other imports.

However, within Australia, foreign companies have taken equity positions, and in almost every sector the significant companies are foreign-owned or foreign controlled. The French, Swiss and Danish along with the usual suspects have taken significant equity positions inside Australia. It is notable that over the last several years, various companies including the Canadians, South Africans and Spanish and to a lesser extent the Singaporeans, have acquired the distribution companies which sit above the agricultural sector in Australia. A very clever move, given that the particular sectors tend to be fragmented. Of course there are some glaring exceptions where foreign companies are not taking a position, one being the banking area, another being in retail, although retail is beginning to see serious investment by foreign companies.

Another factor to consider is the number of Australian brands which can be seen as global. It is difficult to find five brands which could be regarded as truly global, obviously excluding the resource companies. But compared to the Italian, French, Taiwanese or other brands, the Australian brands are outnumbered by a significant factor.

That is not a very pretty picture. It paints Australia as a country which is seen as an investment target, with investors taking advantage of resources and skills which are available, and the relatively small market. Unfortunately, Australian companies are not reciprocating and are neither acquiring nor creating businesses in other markets. If this trend continues and we choose not to invest internationally, the end result is very clear. Australia earns little income from overseas investments or subsidiaries, but has to pay dividends, royalties and technical fees to foreign companies, which may or may not add to the tax collection pool.

This was not always the case.

Such names as Monier, Boral, Pioneer, James Hardie, etc had significant businesses around the world, including in the US, Europe, South Africa, Asia. Also, the banking sector with ANZs ownership of Grindlays, and Westpac’s development of the Finance Leasing Company AGC were further examples, and there were other sectors which were becoming globalised and creating wealth for the Australian economy through their international activities. At the time these were brave and incredibly entrepreneurial actions and many of these companies were highly regarded, had developed a level of professionalism which was among the world’s best and were continuing to grow. That has changed.

Where are we now?

We have some very strong indigenous companies, however the culture and objectives of the companies seem to be competitive with each other in a very small and oversupplied market, which means in some cases, accommodations are reached and the end result is minimised competition, and the adoption of strategies and management actions which are not directed at significant improvement of the companies to ensure that they meet international best practice.

To be a commercially competitive country we really need strong companies at home to provide the platform for the cross-border activities, and the skills, strategies and managerial activities should be directed towards developing those overseas markets

At the corporate level, the market for many commercial sectors is cyclical and consequently having a presence in multi domestic markets tends to insulate the company from the worst of the highs and lows. The skills and knowledge accumulated in several markets allows the development and expansion to continue. Further expansion becomes easier as experience develops, but also the branding supports expansion into new markets.

One of the more intangible benefits which a corporation receives is the heightened perception which the company and its executives receive. It is said that an international career is sought after by prospective employers, because those worldly wise executives have a much broader and open perspective.

We certainly do not advocate prevention or even of restriction of inward investment by foreign companies; however, we strongly advocate establishment and investment by Australian companies into other market areas and other countries.

There are both positives and negatives associated with targeting emerging markets, but the positives far outweigh the negatives. From a commercial perspective some of the positives include:

Generally they provide large and unfulfilled markets with a population which is growing in both number and purchasing power, but which may or may not have the developed distribution channels. It is probably better to avoid being the first into the market, but target to be the second in, and allow the first company to pave the way for your company to enter and provide some competition.
Generally there is a wide acceptance of innovative and entrepreneurial actions, and you and your services may receive a higher level of acceptance than you might otherwise expect.

The growth in the overall economy will stimulate growth in your specific market to your advantage. This is a factor too often overlooked, as the growth in consumption generally gives the newcomer some time to adjust the strategy. To enter an expanding market does not require shouldering somebody else aside, and in the early days it does not require special strategies, as long as the basics are in place.

What is the present position?

It is difficult to estimate the number of Australian-based companies which are undertaking cross-border activities but certainly in Asia there are many thousands which are in operation.

We have all heard the dreadful war stories of those that fail, or have had a less than illustrious beginning, and many have withdrawn from specific markets. But at the same time we must also note that there are many winners to be seen here, that some of the household names are winners right through the Asian region and other regions.

The case for cross border investment is compelling both from a corporate and national perspective. The process need not be difficult, and the markets are different, but those differences can be mitigated, and advantage can be taken of the differences.

Glen Robinson is Managing Director of the AFG Venture Group. Glen's experience and expertise lie in the manufacturing, processing and distribution areas, with specific emphasis on business management and strategic planning.

Glen has more than 25 years’ experience in management consultancy and has worked with a wide range of industries from agriculture through to manufacturing and distribution industries. He gained his South East Asian experience as chief executive officer for the Asian subsidiaries and joint ventures of a major International manufacturing and marketing organisation. Glen sits on the board of many Asian related business organisations and has for many years advised a number of Foreign Investment Boards in the ASEAN region.