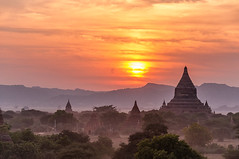 Myanmar, the country of incredible change and opportunity

After 50 years under repressive authoritarian rule, Myanmar is now attempting to take its rightful place in the global economy. What are the opportunities for investors asks Glen Robinson?

There has been an increasing amount of column inches devoted to the changes which have occurred in Myanmar. As one who has had a commercial contact with the country since 1994 when we opened our first office in Yangon, and in 1998 when we first produced the Myanmar Business Guide, the changes which have occurred over the last several years are breathtaking in their scope and speed. This particular article addresses some of the issues which may be of general interest and also to those who wish to evaluate the commercial opportunities in the country.

For a country which is so physically beautiful, and whose people who are so gentle, accommodating and pleasant, the history of the country is quite chaotic and violent. It was after the Second World War that Myanmar, then known as Burma, gained its independence. For almost 20 years the country enjoyed significant economic growth. However the military coup in 1962 marked the transition to military leadership in a form which was called the “Burmese way to Socialism”. It was a period of intense repression and violence, and the potential unrest as several ethnic groups sought independence from the control of the central government. This added to the violence in the country.

In 2008 the long promised new constitution was implemented by way of a referendum, A bicameral parliament of, the lower house [Pyithu Hluttaw] and the Upper House [Amyotha Hluttaw] in which 75% of each were to be democratically elected and 25% of the seats were reserved for military appointments. This is probably a useful transition process as it had been successfully applied in other countries in Asia, particularly Indonesia and Thailand. It is noteworthy that the former colonial ruler, The United Kingdom, still retains a fully appointed upper house of approximately 800 members, while having a fully elected lower house of 650 members.

The national election in 2010 was the first visible sign of democracy in Myanmar. While the party led by Aung San Suu Kyi boycotted the election, and there were severe and probably deserved criticisms of the process. But the country did hold the elections, and since then has begun the task of an accelerated opening of the economy and reconciliation with dissident groups and the wider global community

The by-election conducted on April 1, 2012 to fill the vacancies created by ministerial appointments was regarded as the most promising exhibit for real change as the ruling SPDC party were soundly beaten by Aung San Suu Kyi’s party the NLD. The election was overseen by 150 invited foreign observers, who reported that the election was clean.

In the 2015 election, the NLD won a sweeping victory, taking 86 percent of the seats in the Assembly of the Union (235 in the House of Representatives and 135 in the House of Nationalities)--well more than the 67 percent supermajority needed to ensure that its preferred candidates will be elected president and first vice president. We await the transition of power with some interest. The ministerial list has been released in March of this year.

Myanmar’s Place in the World

Most of the western world had implemented some form of sanctions, which made business challenging. However as a direct result of the relatively clean elections and bi-elections, most countries have now moved to soften or extinguish the sanctions. Australia was one of the first to do so. The move to acceptance is evidenced by the visit by Hillary Clinton and the surprise visit by the Prime Minister of UK in April 2012, the visit to many countries, including the USA by the President, U Thein Sein

Myanmar hosted the 2013 South East Asian Games [SEA Games] which were under the regulation of the International Olympic Committee (IOC) and the Olympic Council of Asia. This brought the country and its administration very much under the spotlight. The 22nd World Economic Forum on East Asia was conducted in the capital during June 2013. About 900 delegates from more than 50 countries were in Naypyidaw for the three-day forum, as Myanmar wooed foreign investors. Myanmar held the position of Chairman of Asean from 2014.

The country is being almost overrun by trade missions, investment visits and fact finding missions by business people, investors and politicians. The tourism sector is struggling to keep up with demand.

The rate of change at the policy level has been quite phenomenal both in the speed and range. The most sweeping was the Presidential appointment of 6 advisors who were selected on the basis of merit, to create a “think tank” to oversee and advise policy changes to the President. This has been an incredibly bold, but sound move as these advisors have promoted policies which would never be formulated within a traditional and somewhat hidebound bureaucratic process. Some of the actions taken include:

-- The fact of the clean by-elections in April 2012 to fill the vacancies caused by the elevation of ministers etc is significant
-- Political prisoners have been released, although there were some suggestions that some prisoners other than political ones were also released. This has heartened the human rights groups.
-- The censorship of the media has been lifted
-- The Central Bank, previously under Parliamentary control has now been divorced from the government and placed under the control of an independent board.
-- The Foreign Direct Investment laws have been rewritten making investment in the country much easier, adding incentives for investors and a series of sovereign guarantees.
-- Other laws under changed or under discussion for revision include the Commercial Law, Land Tenure, Mining and other extractive industries.
-- The currency controls have always been a real problem for a foreigner. There were two simultaneous exchange rates; the official one was 6 Kyat to the USD and the unofficial black market rate was variable but was close to 1000 Kyat to the USD. An official managed floating exchange rate has been established, and currency exchange can occur openly and officially. At this stage the currencies with which are available are USD, Euro and Sing Dollars, and the rate, is approx 950 Kyat to the USD [June 2013]
-- The banking system has remodelled, the SWIFT international banking interchange system has been introduced, an ATM system has been introduced, and Credit Cards have been introduced
-- An anti-corruption committee has been formed and is seen as being effective
-- Peace talks with ethnic groups have been conducted and seem to be effective
-- A stock exchange has been opened, and trading commenced
-- Myanmar Insurance Company have begun to issue Licenses for Private Insurance Company
-- A new airport for Yangon is in the final stages of planning, and there are many other infrastructure projects either under consideration or in the final stages of planning.

There are many other changes under discussion, some of them significant, others which are more subtle, and of course there are the enabling changes which are made in order for other changes to be made. The actual legislation and regulations need to be enacted through the bureaucracy and the other institutions and the speed at which changes have been enacted has been breathtaking, and even those which required significant technical input were not delayed.

Sustainability of Changes Made

It is always difficult to predict the future, however, several points are worthy of mention.

The change in attitude of many people is by far the biggest change. There is now a real air of confidence for the future, enthusiasm, and a preparedness to get on and make things happen. This attitude has not been evident in the past, and it is definitely the most significant change which is discernible in the country.

The attitudes of the various political groups is paramount, as it will take a high level of cooperation, negotiation, compromise, and vision by all political groupings to allow all the issues to be resolved. The indications are that the future is assured, as this cooperation is being demonstrated, and these challenges are being managed.

With such significant changes to be implemented it is expected that the bureaucracy and other institutions within the country may well have difficulty keeping up with change.

Similarly, the services are in need of major overhaul and upgrade. Education, health, tourism, insurances, most normal services which are generally supplied by both government and private sector are in need of a technology upgrade, and must be seen as prospective projects.

Because there are so many changes being slated, and more being called for and placed on the agenda, particularly in the regulatory framework of the country, that means that changes are going to be occurring on an ongoing basis, and the investor must be prepared to accept that changes will continue, and that there may be a time lag before the implementation process becomes clear. Those organisations that are used to dealing with ambiguity will have no difficulty, but those organisations which seek a rigid framework in which to work, may find some difficulties.

In the streets and marketplaces, the massive changes are evident. Sure the infrastructure is crumbling, but the foreign investors are falling over themselves to obtain a share of this newly opened market. There are those who recognise that Myanmar has 40% of the world’s population on its borders, is a member of the APEC free trade area, so it cannot be ignored.

It was only 5 years ago that a visitor had a wide choice of hotels, but such is the increase in both tourist and business visitors that accommodation may be difficult to obtain. The tourist arrivals are as follows:

Interestingly, Australians make up less than 2% in the last 2 years

Similarly, 5 years ago the foreign investment was all but zero, but with hordes of investment hungry business people the climate is very rosy. The new laws clarify the position, the newly developed industrial parks encourage inward investment, the requirement for infrastructure has seen the inwards FDI increase as follows: -

Myanmar presents a prospective opportunity for investments, but research must be undertaken to ensure the economic and commercial viability of the project, the management style must be sufficiently flexible to adapt to a changing environment, and also the investor must be prepared to contribute to the development of the country and its people.

Glen Robinson, an Australian national, has spent the last 25+ years focussing on the establishment and development of cross border alliances, joint ventures, mergers and acquisitions, particularly in the manufacturing, processing and distribution areas, and particularly targeted to Asia. These corporate advisory activities are based on many years' experience in management consultancy, and he has worked with a wide range of industries from agriculture, government through to manufacturing, distribution and service industries. He initially gained his Asian experience as chief executive officer for the Asian subsidiaries and joint ventures of a major international manufacturing and marketing organisation.

Glen sits on the board of many Asian related business organisations and has for many years advised a number of Foreign Investment Boards in the Asian region.