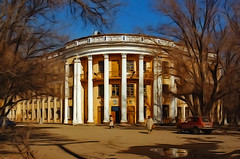 Kazakhstan is one of the resource rich countries adjusting to subdued metal and commodity cycle. Mukul G. Asher and Almas Bakbergenov examine its challenges and options.
As a highly globally integrated, resource-rich, upper-middle income country, Kazakhstan has been facing significant challenges in the current global environment. Kazakhstan’s major challenges include managing its public finances to preserve fiscal stability and generating broad-based economic growth.

According to the World Trade Organization, Kazakhstan’s total trade to gross domestic product (GDP) ratio was 69% in 2014, with per capita trade of $8,720. It exhibited a relatively large surplus of $37 billion on merchandise trade, with nearly nine-tenths of the exports under the “fuels and mining” category, of which about three-fourths were destined for the European Union.

In contrast, little over four-fifths of its imports were in the “manufacturers” category, with the Russian Federation accounting for one-third, and the European Union accounting for around one-fifth of the total imports. In 2014, Kazakhstan had a service trade deficit of $6.3 billion. This suggests that while Kazakhstan is highly integrated globally, its trade profile lacks diversification, and it is vulnerable to slowdowns in oil and metal cycles, as is currently being experienced globally.

The global economic growth remains subdued, with a further downside risk. Thus, in its April 2016 World Economic Outlook report, the International Monetary Fund projects baseline global real GDP growth of 3.2%, 0.2 percentage points below its January 2016 projections (Table 1.1, page 2). The report has downgraded growth for the Central Asia and Caucasus region, which includes Kazakhstan, due in part to slower growth in the People’s Republic of China and negative growth of 1.8% in the Russian Federation, two of Kazakhstan’s important economic partners.

According to the World Trade Organization, world trade during the 2012–2016 period is set to grow roughly at the same rate as global GDP, rather than twice as was previously estimated. This trend, unfavorable for Kazakhstan, is also unlikely to be reversed in the near future.

The key fiscal challenge arising from the current global environment is the sharp deterioration in Kazakhstan’s non-oil budgetary deficit. The World Bank estimates this deficit for only the central government, thus understating it, to be 8.5% in 2011, 9.8% in 2012, 8.4% in 2013, and 10.8% for 2014 and for 2015. The estimates by the International Monetary Fund are similar. The above deficit is projected at 11.4% of GDP for 2016, more than twice the sustainable rate of 5.5% (page 12).

Any significant help in addressing this deficit from global developments is unlikely. Therefore, the country cannot continue to sustain such a large non-oil budget deficit in the medium term. A fiscal adjustment of at least around 4% of GDP is the next 2–3 years is required.

To address the fiscal challenge, a combination of measures involving the following four areas will be essential.

(i) Enhancing the rate of growth and diversifying the economy. While immediate growth prospects will be subdued, efforts to diversify the economy have not been met with requisite success, as policy makers acknowledge.

The objective appears to be to undertake international financial services from the AIFC, and to obtain higher returns. The AIFC is in its early stages, so this diversification initiative is at best of medium-term benefit in addressing the current fiscal challenge. There is scope to pursue public enterprise reforms focusing on better value for money rather than merely a change in ownership. Encouraging a shift to higher value added activities in services, especially in education and healthcare, merits greater focus.

(ii) Reforming conventional taxes. Kazakhstan’s non-oil tax revenue, at 9.5% of GDP in 2015, is too low, and has been declining (Appendix Table 3). There are several opportunities. The individual income tax base is currently too narrow in terms of the type of income covered, the proportion of income reported, and the number of taxpayers. The value-added tax exemption limit, equivalent to around $180,000 at the current exchange rate, is too high, even compared to eurozone countries, and is thus limiting revenue generation. Property tax is underutilized. In addition, the potential for generating revenue from short-term professionals in entertainment, sports, consulting, and others could be explored. A shift toward a broader based income, consumption, and asset tax structure merits consideration.

(iii) Revenue generation from non-conventional sources. This includes using state assets more productively. Besides better value for money from state enterprises, there is revenue potential from auctioning of assets generated through regulations such as air-space rights.

The need is therefore to carefully choose packages with an appropriate combination of measures providing short-term and medium-term benefits from the wide range of the public financial management toolkit. Kazakhstan’s past record of overcoming economic challenges provides grounds for optimism that the country will manage the current fiscal challenge reasonably well.

This article was first published by Asia Pathways on May 12, 2016.