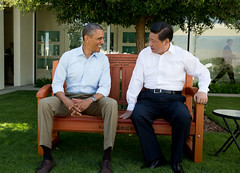 Robert Wihtol, former Asian Development Bank country director for China, explains to John West some of the challenges the country faces in the necessary rebalancing of its economic growth model.

There is wide agreement that China’s economy should be “rebalanced”. What does rebalancing mean in practical terms?

China has discussed the need to rebalance its economy from export- and investment-led growth to a consumption- and services-driven economy for the past decade. Reforming China’s large and inefficient state-owned enterprises (SOEs) is at the heart of the rebalancing. Enormous resources are locked up in these behemoths. Many are “zombies”, caught in a cycle of subsidies and debt. Reforming the SOEs is painful and will require massive restructuring and redeployment of workers.

At the same time, social safety nets need to be strengthened, not only to support the redeployment of laid-off workers, but to address the needs of China’s aging population. Without strong safety nets, households will continue to save rather than consume, locking up further resources. China also needs to open its financial markets, to provide a wider range of investment options. This will take pressure off the overstretched housing market.

How far has China progressed in its rebalancing agenda?

The last major reforms took place under President Jiang Zemin and his reform-minded Premier Zhu Rongji, who were in power until 2002. Subsequent leaders have backpedaled. President Hu Jintao and Premier Wen Jiabao responded to the 2008 financial crisis with a massive stimulus package to prevent growth from slowing. Under the stimulus, local governments and SOEs channeled easy loans from state banks into imprudent investments. Much of it was off the balance sheet, setting the stage for the current debt problems.

With the post-crisis global slowdown, President Xi Jinping and Premier Li Keqiang have yet again put rebalancing on the backburner. At the March 2016 National People’s Congress, Mr Li announced government plans to stimulate growth and restructure SOEs “proactively yet prudently”. Many read this as meaning modest consolidation.

The government set this year’s growth target at between 6.5% and 7%. This is the first time it has set a range rather than a specific figure. The range is on the high side, which suggests that the leaders want to prop up the economy rather than tackle difficult reforms. More importantly, Li also announced that growth during the entire 13th five-year plan period of 2016 to 2020 should average at least 6.5%. This is ambitious by any standard, and provides a clear incentive for government agencies at all levels to pursue growth rather than rebalancing.

What are the main challenges that China faces in implementing its rebalancing agenda?

Right now, the government is concerned with maintaining employment and avoiding social disruption. The slowing economy has revealed huge overcapacity in steel, cement, coal and glass. China’s north-eastern “rust belt” provinces have been hit particularly hard. The government recently announced layoffs of nearly 2 million, but some analysts put the real need at closer to 10 million. The risk of unrest helps explain the importance attached to growth. But this simply postpones the slowdown required for genuine reform.

China’s real challenge lies in moving up the technology and innovation ladder. In recent years, workers’ wages have risen fast without a corresponding increase in skills. Production costs have gone up, while productivity has stagnated, making it harder for Chinese firms to compete. Some call it “the middle-income trap”. To rebalance effectively, China needs to upgrade the technology and skills of its workforce and increase the role of R&D, knowledge and innovation in its economy.

This article was first published by FDI Intelligence on 10 May 2016.