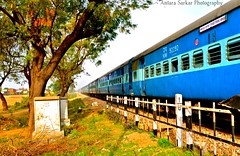 Mukul Asher shares his thoughts on Public- Private Partnership (PPP) For Improving Village Economy of Haryana.
There is a saying that “if one does not know where one wants to go, any road will do”. There is also an adage that what gets measured gets policy focus and stakeholder attention.

In structuring public private partnership (PPP), these adages apply particularly strongly. PPP is a more complex method of undertaking a project, with high transaction costs, than the alternative of government organization undertaking the project itself. There are however many projects which the Public Works Division (PWD) or its equivalent needs to undertake itself. Therefore, strengthening competencies of PWDs is essential. Moreover, stronger PWD sets a higher effectiveness and governance benchmark for the PPP.

The above suggests that it is essential to have conceptual clarity about the meaning of PPP in the context of upliftment of village economy of the state of Haryana, and what is the outcome desired from a PPP project.

The outcome of any PPP project should be to improve welfare of Haryana households and citizens. This can be achieved through three channels:

In any PPP for the village economy, weights need to be given to each of the above three channels to identify inputs (spending less for given quality and quantity of inputs), relationship between inputs and outputs; and the desired outcomes affecting the household welfare.

Usually, PPP stands for Public Private Partnership. All three Ps, particularly the term partnership can only be effective if each side brings something of value to the project being considered and approaches the relationship from a longer- term perspective, are relevant in jointly achieving the desired outcomes.

In the literature, PPP method is usually discussed for infrastructure projects, their operations and maintenance. When applied to the village economy, more innovative ways of thinking about PPP are needed. For village economy, each term public private and partnership need to be interpreted creatively.

PUBLIC: It must be recognized that government organizations are service providers and operational partners. So, improving their capacities and mind- set is crucial if the village economy is to be made more productive. It should also be emphasized that PPP for village economy to be effective requires:

- Public investment, which crowds-in private sector including village household investments and activities.
- Alignment with Co-operative Federalism initiatives, which provides states with greater resources, but also entrusts them with higher responsibilities for public policies.
- Taking advantage of various initiatives for rural and agricultural sectors announced in the Union Government’s 2016-17 budget.

So the term public should be more creatively interpreted, not just narrowly focusing on a single project.

For village economy, what is especially relevant is knowledge PPPs and skills in monitoring and evaluation of PPPs where some of the above entities could partner government organizations. Rigorous research suggests that knowledge is the most important factor of production, in generating growth and improving incomes. Accessing it to improve efficiency in resource use to improve household welfare, including increasing productivity in agriculture should therefore be a priority of PPP.

PARTNERSHIP: Partnership also needs creative interpretation. A key mind-set change is shift from ruling to governing by public sector agencies, and from narrower concept of short- term profit to broader concept with trusteeship and stewardship, which however does not, precludes profits, which are essential for progress.

With these creative ways to think of PPP, some examples could be provided from experiences elsewhere. It should however be noted that any PPP should be context- specific. Even within Haryana, their design and implementation may differ in different parts of the state:

2. Setting up of Polytechnics with a view to developing employable skills as the outcome. A PPP in this area may be structured as follows:

3. A PPP to facilitate development of National Agriculture Market (NAM) initiative of the Union Government. The Haryana State can assist by fulfilling pre- requisites include by changing its APMC Act:

- A single license to be valid across the state.
- Single point levy of market fee.
- Provision for the electronic action as a made for price.

In addition, Haryana should take measure to enhance the economic freedom of farmers to participate in the agricultural value chain. This would enable Haryana to contribute to India emerging as a global agricultural supply chain.

4. Haryana could consider setting up PPPs to establish Centre for Climate and Societal Impacts Research (CSIR) in different parts of the State. This will facilitate promotion of scientific research and knowledge application to various agricultural areas of the State, which are affected by climate change. A similar PPP has been operating since 2008 under the Indian Centre for Climate and Societal Impacts Research (ICCSIR) in Mandvi, Kutch, Gujarat State, as sector 8 company under the Companies Act 2013.

5. Haryana could consider upgradation of village economy through PPPs in the social sector. This is important because social sector caters to the general well being of the society and indirectly contributes to the economy at large. As an example, strengthening the healthcare system is essential for building ‘Smart Villages’, a priority of Haryana government. However, there is a dearth of requisite human resources in this area. Haryana should therefore consider establishing PPPs in the healthcare sector to ensure the availability of physicians and tertiary care specialists at the Primary Healthcare Centres (PHCs) and sub- centres. The partnership between the public and private health sectors should be further strengthened by creating soft assets creating data bases involving such areas as medical records linked to Adhaar cards, which have the potential for data mining to improve performance and potentially generate revenue for the state. Haryana government could consider a PPP in telemedicine with the objective of accessing healthcare in an affordable manner by those in the village economy.

6. In the education sector, the Haryana government should establish PPPs to enable those in the villages to access them, and thereby improve their employability and skill base. This would permit them to access job opportunities on a much wider skill than is the case now.

In conclusion, Haryana needs to design PPPs creatively, with clear focus on improving household and citizen welfare as outcome. Moreover, a project-focused PPP needs to be integrated in the wider context of Haryana, and of the initiatives of the Union Government.

This is a revised version of presentation made at Happening Haryana, Global Investors Summit, Gurgaon, held on March 07-08, 2016.
Tags: india, PPPs, infrastructure, haryana