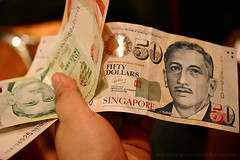 Mukul G. Asher and Chang Yee Kwan have shared their article on Budgeting data gaps and fiscal policy debate in Singapore.
Singapore has regularly reported considerable surpluses in its annual fiscal budget. Budget surpluses have been an essential part of the country’s growth strategy (Asher et al. 2015) as they are perceived to provide a signal of sound public sector financial management to foreign investors, key stakeholders in Singapore’s development planning. Budget surpluses also enable the corporate income tax rate to be kept among the lowest in the world, at 17%. Other policies—such as having a relatively large inflow of foreign workers that depresses at the lower end and almost no taxes on most forms of capital gains and domestic interest income—contribute to the high share of capital income in national income at around 55%, with labor’s share at around 40%–42%, in contrast to the pattern in OECD countries.
The annual government budget projects the intended mobilization and utilization of economic resources by the public sector for each fiscal year. Besides allocation and distribution, other key objectives of the budget are to smooth economic volatility, reduce uncertainty, and facilitate public policy discourse. However, a closer examination of Singapore’s budgetary documents by Kwan et al. (2015) reveals several pertinent details that could be potentially counterproductive to the budget’s objectives as well as to sound public financial management.

Firstly, fiscal marksmanship has been poor, with consistent underestimation of both the primary and the overall budget balances between 2006 and 2013. Over the period, the difference between the initial budget estimates and the budget outturn ranged from just under 1% to over 3% of GDP. The difference between the revised estimates and the budget outturn was between 0.1% and 0.8% of GDP. These are large enough differences to impact on the quality of fiscal debates, both domestically and abroad.
Secondly, the realized surpluses arise primarily from underestimating revenue receipts and overestimating expenditure. These shortfalls in accuracy can have wider macroeconomic effects. If the budget’s purpose is to complement and raise economic activity, smaller realized expenditures can potentially limit the impact of government spending. In contrast, as income and other taxes form approximately 89% of all reported tax revenue, higher revenue receipts can have social costs by disrupting business planning and exacerbating inequality. The latter is the case if the tax burden is unevenly shared between labor and capital—and nearly all capital income is tax exempt in Singapore.
Forecasting errors are inevitable, but a unidirectional trend raises questions about whether the errors from the budgeting process are indeed random and arise from unforeseen events. Instead, this may indicate that the forecasting model used by policy makers (which is not publicly available) and/or the decisions involved in publishing the budget data are inadequate, suggesting a reevaluation is necessary. Of greater concern is that such regular unidirectional errors may be perceived skeptically as a premeditated reporting practice by the authorities.
The budget also demonstrates reporting peculiarities, such as the non-inclusion of land sale income in the government’s operating revenue. This is unusual by international reporting standards, since in Singapore, land parcels are released for development under time-denominated leases. There are no actual transfers of ownership. So these are complicated excise taxes and not non-recurring revenue requiring special classification. Also, government transfers to various endowment funds are reported as a component of fiscal expenditure. Again, this is an anomaly, as such transfers accrue to national savings and only those actually spent in a given fiscal year should be classified as expenditure.

The need for greater reporting and transparency

The budget has been reported as being near-balanced or has registered marginal deficits in recent years. With a more internationally consistent treatment of these budgetary entries, the fiscal space available is larger than what is officially reported. Subsequently, this constrains the scope of useful and constructive public policy debate as policymakers are unlikely to be accessing data and information of sufficient quality and quantity from current budgetary reporting practices. This is well illustrated by the continued reluctance (Asher and Kwan 2015) to introduce social safety nets, such as budget-financed social pensions for the elderly and the disabled on the basis of fiscal sustainability.
The potential for the budget to be able to effectively facilitate quality policy discourse hinges on the amount of information that is presented in the budget, and the extent to which stakeholders are aware of the reporting conventions used and their limitations. Singapore’s budget reporting is arguably short on both, impeding its ability to facilitate policy debate and potentially raising uncertainty among stakeholders.
A fragile and uncertain global economic climate has heightened concerns of economic insecurity, public sector transparency and accountability, and loss of trust in established institutions. All these are relevant as Singapore adjusts to a lower trajectory of core growth of 2%–3% in the coming years from the 6%–7% previously recorded.
There is considerable room for improving the informative scope of the budget documents with some simple amendments. For instance, tax concessions are a common instrument to encourage investment. However, they are not expenditures and should not be reported as such in the budget. A tax expenditure statement should be reported instead. This details the expected expense of such concessions and potentially improves the assessment of the government’s revenue and expenditure estimates.
Another avenue is greater disaggregation of the various stocks and flows in the budget accounts, particularly of investment income from government-linked investment entities. The current practice is to report just the amount contributed, but there are no details on what the true size of returns are, or how the funds (an undefined proportion of which is reported to be transferred from employee provident fund contributions by the deputy prime minister and finance minister) are utilized. The balance sheet side of the budget is also too cursory and aggregative to be of much analytical significance.

Despite the country-specific focus, the concerns discussed apply broadly to all fiscal and budgetary authorities. In particular, developing economies need to be pay even more attention as confidence in the public sector, perceived or otherwise, is often more volatile with more far-ranging socioeconomic impacts.
In general, the want and need for strong commitments to transparency and accountability by the public sector is increasingly evident. Greater accuracy and disclosure in the government’s annual budget is one avenue through which this can be demonstrated. Equal (and greater) emphasis is needed on the details of what is reported and how the various budgetary data and aggregates are constructed.
- See more at: http://www.asiapathways-adbi.org/2016/02/budgeting-data-gaps-and-fiscal-policy-debate/#sthash.aap6D8Ng.dpuf

This article was originally published on Asia Pathways, a blog of the Asian Development Bank Institute, on 23 February 2016.
Tags: asean, singapore, budgeting