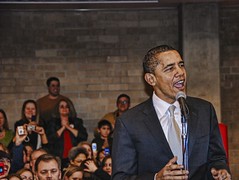 The TPP: win, loss or draw?

The TPP is probably the most important multilateral free trade agreement (FTA) since the North American Free Trade Agreement (Canada, Mexico and United States) in 1994. The World Trade Organization (WTO) has made valiant efforts since 2001 to formalise a global multilateral FTA. However, with 161 member countries, and each country having special interests to protect, the progress has been excruciatingly slow. With not much to show for the WTO-led multilateral trade liberalisation efforts after some 14 years, countries have been negotiating bilateral and regional FTAs.

With any comprehensive global FTA still far in the future, regional agreements are the next best developments, followed by bilateral FTAs. The Asian Development Bank estimated that, as of March 2013, there were 109 Asian FTAs in effect, 63 under negotiation and 41 proposed. These numbers are now higher.

China is not a member of the TPP but it has bilateral FTAs with eight of its 12 member countries: Australia, Brunei, Chile, Malaysia, New Zealand, Peru, Singapore and Vietnam. Bilateral FTA agreements are mostly overlapping, and create problems because of spaghetti or noodle ball effects which ensure that these agreements are so intermixed and intertwined they cannot be extricated individually. These arrangements do lower transaction costs, but they are still generally higher than what could be under a comprehensive multilateral FTA.
World trade is in the doldrums. The volume of goods traded during the first half of this year was only 1.9 per cent higher, far lower than the 5 per cent average of the last 20 years. The WTO reduced its forecast of trade growth this year, from 3.3 per cent to 2.8 per cent, noting that this forecast could be “over-optimistic”. A major multilateral deal like the TPP will be a trade booster, at least between the member countries, by lowering and even eliminating numerous tariffs.

There is a lot of hype about the importance of TPP. For example, nearly all parties, including the US President and the global media, have claimed it will cover 40 per cent of the global economy. However, the TPP is not about GDP but trade! Even if the combined GDPs of all 12 member countries are considered, they would only account for about 36 per cent of global GDP. If world trade is considered, which TPP is all about, it would cover about 13 per cent.

Nobel Prize winner, Joseph Stiglitz, has scathingly concluded that TPP is not about free trade, as its supporters claim. Rather “it is an agreement to manage its members’ trade and investment relations on behalf of most powerful business lobbies.”

Be that as it may, the TPP is an important step in the right direction. Until the official text is made public, and all the 12 countries ratify the treaty, the various sectoral winners and losers cannot be identified definitively, let alone their likely magnitudes. Ratification will be relatively simple in countries like Japan and Singapore where the ruling parties have comfortable majorities.

The biggest problem is likely to be in USA. President Obama will be in office for about another 15 months. Under the fast-track procedure that was formally adopted early this year, the Congress will have 90 days to review the deal with an up-or-down vote, but no amendments. This approval will be taking place when the US presidential election is in full swing.

The declared Democratic presidential candidates have already expressed opposition. Hilary Clinton, when she was the Secretary of State, noted the TPP set “the gold standard of trade agreements”, and spoke at least 45 times in its favour. As a presidential candidate she has come out against the treaty, ostensibly because it does not consider currency manipulations, and favours drug companies’ interests over patients.

The American public are more sceptical about free trade since NAFTA; President Bill Clinton oversold its benefits. The fact is, all trade agreements create winners and losers, and NAFTA contributed to the transfer of low-skilled manufacturing jobs, especially in the automotive sector, to Mexico.

All trade deals are inherently political. Voters are often not enthusiastic about them. Republicans generally are supporters of free trade, however, their pathological hatred for Obama may have an impact on the future of the bill in Congress, since this would hand him a legacy-making victory.

In Canada, where the Liberal Party has just won an absolute majority, the TPP is expected to be ratified easily.

The overall ratification of TPP may be a somewhat tortuous process. It may take some time but it is highly likely to be ratified by all the member countries. There is much in it that is praiseworthy. For example, it has managed to liberalise the sacrosanct agricultural sector. Countries agreed to eliminate some agricultural subsidies that promote exports, but not subsidies assisting domestic production. Canada, for example, opened more of its diary market to imports but promptly announced a new production subsidy. Japan has agreed to import more dairy products, sugar, beef, and rice. All these shenanigans indicate how complex and difficult it is to have real free trade.

Overall, the TPP attempts to expose inefficient companies and agricultural enterprises to greater external competition. However, the time interval for reducing tariffs for many items is far too long. For example, imported light Japanese trucks will face import duties in the USA for another 30 years.

The TPP breaks much new ground. Among its 30 Chapters are some that specifically address labour and environmental issues; all parties must follow the 1998 Declaration of International Labour Organization on Fundamental Principles and Rights at Work. It also requires members to set and enforce minimum wages, maximum work hours and occupational health and safety standards. At present all TPP countries, except Singapore, prescribe minimum wages. And Vietnam will have to allow unions to be independent of the Communist Party.

The agreement includes credible steps to enforce the prohibitions under the Convention on International Trade on Endangered Species (CITES), and steps to reduce deforestation and overfishing. However, how this would be achieved is still not known, although all these commitments are enforceable under the TPP’s dispute settlement procedures.

If everything goes according to expectations, the TPP should expand trade significantly, and should contribute to higher incomes as well as productivity improvements. It may also put downward pressure on wages in developed member countries. This is because accelerated imports of competing goods may put pressure on the prices of locally made goods, and hence on wages. Equally, trade liberalisation may contribute to new export opportunities, which could lead to higher wages. It also may lower costs of living. Over time, there will be winners and losers.

In the final analysis, the TPP is as much about geopolitics as international trade. Some have argued that it should be viewed as an integral component of Washington’s grand strategy to contain a resurgent China. It would counterbalance Beijing’s geo-economic power. As President Obama has claimed “under this agreement, we, rather than countries like China, are writing the rules for the global economy”.

The TPP without China is a missed opportunity. Admittedly, if China was a part of the TPP, it would have been pretty nigh impossible to sell the idea to the US Congress.

China has been pushing its own FTA, the Regional Comprehensive Economic Partnership (RCEP), with 16 countries, and seven RCEP countries are members of TPP. However, it includes major countries like India, Indonesia, Philippines, South Korea and Thailand. RCEP countries account for 12 per cent of global trade (to TPP’s 13 per cent), a collective GDP of 29 per cent (to TPP’s 36 per cent), and nearly half of the global population (to TPP’s 11 per cent). During the post-2000 era, RCEP countries had much higher GDP growth rates than the TPP. With the TPP steadily progressing to be a reality, the pressure will be on China to accelerate the progress of RCEP.

Ideally, a global agreement under the World Trade Organization would have been the optimal solution. However, there is no indication there is likely to be a major breakthrough in the foreseeable future, and regional FTAs like the TPP are therefore welcome developments.

This article was first published by the APPS Policy Forum.