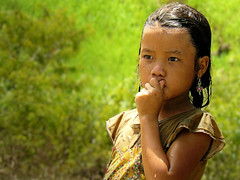 Speculation that the 21st century could belong to Asia reached a crescendo around the period 2010-2012. The US had been flattened by its Wall Street crisis. Europe was knocked out by its sovereign debt crisis, and the side-effects of America's financial crisis. At the same time, growth in the Chinese economy accelerated, while most of the BRICS' economies rolled on, in part doped up by China's demand for natural resources.

Many saw an Asian Century as a foregone conclusion. Certainly, the Chinese leadership adopted an air of triumphalism, and a period of assertive Chinese foreign policy started with the main targets being Japan and the US.

Singaporean intellectual Kishore Mahbubani set the tone when he announced that: "the last two centuries of Western domination of world history have been a major historical aberration. From the years 1 to 1820, the two largest economies of the world were those of China and India ... All historical aberrations come to a natural end. Therefore the Asian Century is irresistible and unstoppable."

These were not the only signposts of Asian Century hype.

Some other signposts were:

-- a report by the Asian Development Bank outlining scenarios and policy challenges for a possible Asian Century. Under one scenario, it was projected that the Asia could account for over half the world economy by 2050, and an additional 3 billion Asians could enjoy living standards similar to those in Europe today.

-- the Australian government's White Paper on the Asian Century. Australia's then Prime Minister, Julia Gillard, proudly declared "Whatever this century brings, it will bring Asia's return to global leadership, Asia's rise. This is not only unstoppable, it is gathering pace ... Asia will become home to most of the world's middle class by as early as 2025. Not only becoming the world's largest producer of goods and services; becoming the world's largest consumer of them."

-- President Barack Obama's speech to the Australian parliament in which he announced his 'pivot' (now referred to as the "rebalance") to Asia. President Obama said, "As the world's fastest growing region -- and home to more than half the global economy -- the Asia Pacific is critical to achieving my highest priority, and that's creating jobs and opportunity for the American people ... as a Pacific nation, the United States will play a larger and long term role in shaping this region and its future." While this pivot initially focused on increasing the share of US military assets in the Asia Pacific, it has been broadened to other aspects of cooperation, notably a free trade agreement with some Asia Pacific countries, dubbed the Trans Pacific Partnership.

-- exhortations by the Chinese leadership to the US to protect China's US$ investments. For example, in 2009 Vice Premier Wang Qishan, China's top finance official, called on the US to "take all necessary measures to stabilise its economy and financial markets to ensure the security of China's assets and investments in the US".

-- many business and right wing commentators began to imagine that China had discovered the elixir of economic success through its model of authoritarian capitalism. Indian or even American democracy seemed too unwieldy, messy and inefficient for "getting things done".

But as with most bubbles of hype, things have come back down to earth. The mood has changed, as the US economy has rebounded and as the reality of the challenges facing Asia's once threatening economies has become evident.

-- the dynamic and flexible American economy has substantially recovered, even though it remains saddled with growing inequalities, a large public debt, weak job market, and a rapacious Wall Street which can't wait for the next bout of irrational exuberance.

-- Europe is muddling through its euro crisis, and will no doubt find the light at the end of the tunnel. The old continent may have problems like ageing populations, high public debt, and sluggish economic dynamism. But Europe remains immensely prosperous, firmly democratic, a staunch supporter of human rights, and a group of countries capable of cooperating together as a region. None of this could be said for Asia.

-- China is now burdened with an immense public debt, excess capacity, and a potentially fragile financial system following its mega-stimulus package in response to the global financial crisis. More fundamentally, it needs a new wave of market-oriented policy reform to stimulate continued economic and productivity catchup. But the country now seems bogged down in an anti-corruption campaign, and an interminable period of power consolidation by the new leadership. No-one can be sure of which direction China will head, with growing social and political instability, and intensified repression, a likely scenario.

-- India is growing again, but Prime Minister Modi's government has been extremely slow in implementing reforms that could make growth sustainable over the medium term. The government of Japan's Prime Minister Abe seems more concerned with international security policy, rather than economic reform, even if the best ultimate security is a strong economy. Indonesia's free ride on the global commodities boom has come to end, and it has much work to do in improving its business climate and education performance.

Challenges for an Asian Century

That the 21st century could become an Asian Century is still a plausible scenario. Asia's potential for economic catchup is real, and much progress has certainly been made over the past half century.

If catchup continues, Asia could remain the world's fastest growing region, and even become the world's biggest economy. But continued catchup requires serious economic reform, and it is far from clear that Asia is capable of this. It seems extremely unlikely that Asia will catchup in terms of GDP per capita (only the micro economies of Macau and Singapore have done so to date). This would mean that Asia remains big, but still relatively poor -- an ungainly combination.

Beyond issues of pure economic reform, Asia's societies also need fundamental modernisation, not only to offer their citizens a better life, but to enable them to contribute to the economy. Discrimination is rife -- against women, ethnic minorities, migrants, rural citizens who have moved to the city, lower castes, youth, gays, etc. Overcoming such deeply-ingrained, millennial discrimination may be one of Asia's biggest challenges.

At the same time, most Asian countries face deep demographic challenges -- be they rapidly ageing populations in Japan, Korea, China and elsewhere, or emerging youth bulges which could offer a demographic dividend, but could end up in demographic disaster if such youth remain uneducated, jobless and frustrated. Despite the positive headlines for education in East Asia, most education systems in South and Southeast Asia are still very substandard.

Asian governments must do much better. Apart from a few exceptions, Asian governments are under performing across the board, notably for infrastructure, sanitation, clean water, education, health, access to the Internet.

And Asia's authoritarian governments and fragile democracies must open up to greater political freedom and human rights. As people's basic needs are fulfilled, political freedoms become a desire in themselves. But freedom is also at the heart of creativity and innovation, which become the main drivers of our economy as we progressively climb the development ladder.

Perhaps Asia's greatest challenge is whether it can function as a region. In other words, does Asia even exist? The Asian Development Bank is fond of saying that diversity is Asia's strong point. May be. But diverse perspectives on history, maritime and other borders, regional relations and political systems are immense sources of tension. And there is no country other than the US which willing and able to foster cooperation and reconciliation among Asia's leading protagonists.

China seems more motivated to dominate its neighbourhood. This supports a strongly nationalistic discourse, which can divert attentions from problems at home. China is a country that appears "externally strong", but it is fundamentally "domestically weak".

At the heart of many of these issues is the great power transition underway. The Japanese economy has been eclipsed by China in terms of total GDP, though not at all in terms of GDP per capita. China would clearly like to assume the mantle of Asian regional power, displacing the US. Despite the naive appeal of such a scenario, most other Asian countries do not wish to pay tribute to an arrogant, authoritarian regime. Not only democratic countries, but all countries where public opinion is taken seriously, prefer to choose their own allies -- even if such allies may be an extra-regional player like the US.

In sum, we may be moving into an Asian Century. But we are also moving into a period of global instability, as the tectonic plates of economic and political power are shifting. No-one can be sure of the destination. But whatever the path, it will be a long and winding road.