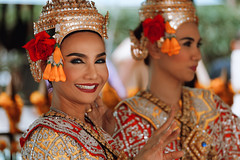 THAILAND - The Land of Smiles and Investment Opportunities

Thailand is a country worthy of much greater attention, according to Glen Robinson
Thailand tends to be forgotten in the international press as the USA and China seem to dominate the news to the point where it becomes monotonous. However, Thailand is doing quite well, and it is worth considering it for a holiday destination, an investment target or as an export hub, and in the following paragraphs some of the issues which may be relevant, are presented for your interest.

COVID-19 has severely affected the Thai economy, which was already weakening even prior to the global outbreak. US-China trade tensions, domestic political uncertainty and the ongoing drought caused growth to slow in 2019 and early 2020. While the spread of COVID-19 was successfully contained within Thailand’s borders for most of 2020, the economic impact has been significant.

The “rules” for COVID are quite explicit, and as they are frequently updated in response to changes in the circumstances, it is suggested the latest requirement be obtained from a Thai government agency [BOI, Embassy/ consulate] to ensure that the information is current and reliable.

Despite global volatility in financial markets, the financial system is relatively stable, although the deficit did increase sharply as the government increased its spending to soften the impacts of the virus. Growth is predicted to rebound to 4.7% percent in 2022, at which point output should return to its pre-pandemic 2019 level. However, the recovery will be slow and start-stop in nature, due to the Government’s stringent lockdowns, and other restrictions.

Amidst multiple measures issued by the Thai authorities to combat the current trending of new Omicron cases since late 2021, the Thai government continues launching economic stimulus packages to attract foreign investments in the infrastructure, health, and other sectors. In February 2022, the Ministry of Transport announced an investment of about 1.49 trillion baht ($A61.4 Billion) in 37 projects this year. The projects include a high-speed train to link Bangkok’s three international airports, metro electric train networks, dual-track railway, expressways, and logistic hubs.

Foreign individuals or companies should establish a company if any commercial activities are to be undertaken, and that includes import and export and sales activities of most descriptions. It is not an onerous activity, and can be performed quite painlessly with one of the government agencies

The BOI has further announced that the combined value of foreign and local applications for investment promotion in 2021 totalled US$19.5 billion, an increase of 59% over the previous year, boosted mainly by foreign direct investments (FDI) in tech sectors and a continued increase in the value and number of projects in Bio-Circular-Green (BCG) industries, as well as the continued build-up of the power generation sector.

The Thailand Board of Investment [BOI] is a particularly active government department which has offices in many countries. Its primary role is to encourage, advise and assist foreign companies to invest in Thailand.

The investment process is quite open and generally can be undertaken on the “One Stop One Shop” process. The BOI is keen to assist new, particularly foreign investors and the one stop shop actually works, and it has offices in most countries.

There are incentives for new investments, and these can be taxation relief for a significant number of years. They are sector and geography related and are managed by the BOI. Enquiries relating to both investment and incentives should be directed to the BOI

Thailand has a buoyant manufacturing sector, originally propelled by the auto manufacturing and assembly operations. This industry initially received the impetus in the early 1990s when the Secretary-General of the BOI developed and implemented the automotive strategy to encourage foreign investment in the sector and within several years the Thais were assembling 15 different auto brands and there were over 7,000 first and second tier suppliers to the industry, and over 500,000 employees. It also created several other industries based on the developed engineering skills, such as white goods which has also become an important export earner. Of the top 100 auto parts manufacturers in the world, 50% have factories in Thailand.

The government has commenced a program to undertake manufacturing projects in conjunction with the private sector, the objectives being that the two parties would not undertake the investment individually but are prepared to jointly undertake it.

It is an initiative of the Development Research Institute which has been advocating a lessening of red tape and it is expected that the networked government’s operations are flexible with cross-agencies collaboration and will assist in achieving the objective. It’s results-oriented with more trial-and-error experimenting and learning. The results of the experimentation will be interesting

Thailand is a favourite tourist destination, with annual visitors of 40 million, which dropped to 7 million in 2020 and 110,000 in 2021. it is expected that it shall return to 40 million once international travel returns to the pre-COVID levels.

The medical services and practices in Thailand are world class, the country takes pride in having the largest private hospital in Asia, as well as having the first Asian hospital to receive the ISO 9001 certification and JCI accreditation. The Joint Commission accredits international health care organizations and programs, and many Thai private hospitals have been accredited. The country has over 30 hospitals which cater to medical tourists, with most doctors having been trained overseas.

This sector has had significant growth, both in technology, but also in treatments and development of specialised equipment

There are an estimated 4 million “medical tourists” per year who travel to Thailand for their medical treatment, many come from the USA and other developed countries, such is the reputed quality.

Thailand has a burgeoning electronics industry, targeted at current electronic products, but probably more importantly, the surge in Printed Circuit Boards [PCB’s] for a range of products including electric vehicles. It is planning to have 1 million electric vehicles on its roads by 2025 and is planning that it will grow to 15 million a decade later. The renewable energy provider’s plan is to install 1,000 charging stations nationwide in the next few years. Given that it is a major producer of vehicles and has already transferred that skill and the knowledge of the marketing skills to electric vehicles or EVs, the future uptake looks very promising.

In total, Thailand’s electric and electronic industry accounts for 10.4% of the GDP, and for 24% of exports. It has 800,000 employees ranging from researchers with doctoral degrees to vocationally trained technicians and experienced assembly line workers, it is the country’s largest manufacturing employer. A great opportunity to expand a business.

Agriculture is highly developed and internationally is very successful, and it is estimated that there are 13 million farmers involved in the industry, most of these farmers are financially self-supporting with a comfortable income. There has been a decided increase in farmers income over the last 3 decades, due to farming practices and government policies.

The most significant crop is rice, but there is a wide selection of food products for local consumption as well as for exports. Livestock farming and processing is an interesting sector and has been very productive. The farming and production of chickens has grown to the stage that Thailand is the world’s largest producer and exports globally.

The ASEAN alliance was formed in 1967 by the Founding Fathers from Indonesia, Malaysia, Philippines, Singapore and Thailand. These were followed by Brunei Darussalam [1984], Viet Nam, Lao PDR, and Myanmar in 1997, and Cambodia in 1999, making up what is today the ten Member States of ASEAN.

ASEAN is of profound significance for Australia’s future. Strategically, economically, and diplomatically, ASEAN brings together ten states in the Southeast Asian region into one organisation. ASEAN has played a very important role in promoting regional security and prosperity for over five decades and also is ‘uniquely’ positioned to address critical regional issues. [Source: https://www.dfat.gov.au/international-relations/regional-architecture/asean]

The Asean grouping is an incredibly important and serious one, even though it comes in for occasional criticism from some people.

Its major features are: -

The members cannot interfere in the internal matters of other members,
The members retained their individual languages and currency [different to the Euro]
The individuals have [relatively] free movement within Asean, and importantly,

It is a Free Trade Area, so that anything which is produced in one of the member states, can be exported to any other member state without taxes or bureaucratic impediments. This last feature is incredibly important.

Thailand has 9 bilateral trade agreements and there are another 9 under discussion and these are in addition to the Asean arrangements. The Thailand- Australia free Trade Agreement [TAFTA] was signed in 2005 and has been of considerable benefit to both Australian and Thai manufacturers.

Politics in Thailand is difficult to understand or follow. It was in 1936 that democracy was adopted by moving the monarchy aside, but unfortunately, there have been 12 coups since that time, most of which were orchestrated by the military. While each was almost certainly in response to some perceived injustice, most occurred without too much interference to daily life.

Studies of the economy show little adverse effect from the coup, and once when a high ranking govt official was questioned about the coups, his response was “we can have a coup on the first Tuesday of the month, beginning at 11am but it must be finished by 12:30 so we can all go to lunch” such was the gravity or seriousness in which the coups were considered.

The last coup was undertaken in 2014 and a military controlled government was installed, and while there are many complaints and protests about issues, the country manages to continue. The government agencies including the BOI, and trade assistance operate unchanged. There have been no high-profile companies withdrawn from the country.

The “government” rewrote the Constitution in 2017 and arranged an election for 2019 which proceeded as planned. The next election is scheduled for 2022 or 2023 which is expected to go as scheduled and it is hoped that a return to full democracy will result

Thailand is a country of 70 million people, is bordered by Cambodia, Laos, Malaysia, Myanmar the Andaman Sea, and the Gulf of Thailand with a total population on the borders of 110 million people. It is a popular country with 40 million international tourists [pre covid] and hosting 28 international airlines.

The environment is good for families, investors, businesspeople, the climate is agreeable, but may be too hot and humid for some people

The industries are well developed, and it has an active export market. The BOI has established an excellent forward plan and support structure for industry development, and the hope is that the pandemic does not disrupt the schedule.

The Thai Board of Investment

Glen Robinson He has more than 35 years’ experience providing advice and assistance to those organisations which wished to establish or enhance a commercial presence in ASEAN. He is a co-founder and director of Asean Focus Group which was established in 1990.  He has worked on many projects in Thailand and was for many years an advisor to the Thailand Board of Investment. He is on the board of the Australia Thailand Business Council, and is a Councillor, Australian Institute of International Affairs, NSW Division