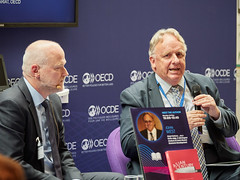 Review of Asian Century...on a Knife-edge

Freya Crawshaw shared with us her review of John West's book, Asian Century...on a Knife-edge.

I enjoyed John West's examination of the social, economic and political factors influencing modern Asia. As an university student ten years ago I studied the politics and economic development of countries in north and south east Asia and found this book provided a comprehensive update on the next chapter for each of these countries.

The breadth of social and urbanisation issues covered in the book, including gender, sexuality, class, inequality, demography and immigration provided real insights for a reader to reflect on, especially when considered along with the political and economic challenges that Asia faces.

I was particularly interested in the observation about the disquiet in Hong Kong posing a future challenge for China, which we have seen play out on the world stage for the past six months. Such observations about the potential challenges and discords reflect the author's strong understanding of the region and the nuances within each country.

It would be timely to see a future update of this book explore more deeply of the impact of China's rapid technological developments and dominance in areas such as Artificial Intelligence, facial recognition and mobile apps and how these are being used within China against their own citizens in daily life but also more worryingly in regions of domestic protest such as Xinjiang and Hong Kong.

The use of new technologies has the potential to completely redefine the influence that China and its peer authoritarian governments will be able to exercise in their own countries and wider world and is increasingly critical to any conversation about modern Asia.