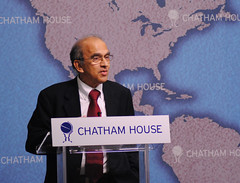 Vijay Joshi’s book, “India’s Long Road”, is a masterpiece of economic analysis, writes John West.
In his book, “India’s Long Road: the search for prosperity”, Vijay Joshi offers a masterful assessment of India’s post independence economic development, the manifold challenges that the country faces, along with proposals for accelerating development.

India’s political independence in 1947 ushered in a welcome break for the economy, argues Joshi. Economic growth per capita, which had been close to zero in the first half of the 20th century, jumped up to an annual average rate of 1.4 per cent for the next 30 years.

This was however slower than other developing countries, notably in East Asia, and did very little to reduce India’s dire poverty. India’s economy was held back by policy which was based on economic planning, harsh restrictions on international trade and investment, and heavy regulations on domestic business. The government also failed to provide citizens with adequate access to education and health services.

But from 1980, and especially from 1991, India’s average economic growth per capita leapt to an average rate of 4 per cent (6 per cent aggregate growth), making it one of the world’s fastest growing economies, and resulting in important reductions in poverty, writes Joshi. The uptick in economic growth was propelled by modest reforms to open markets from the 1980s, and more significant opening of international trade and investment, and deregulation following a financial crisis in 1991.

By this time, the failure of India’s economic model was self evident, argues Joshi. Economic planning was discredited by its failure in the USSR, and the end of the Cold War. And the success of the export-oriented East Asian dynamic economies showed another path forward.

India’s reforms facilitated the entry of many new firms, local and foreign, and unleashed the energies of its dynamic entrepreneurial class, especially in the technology sector. But these dynamic sectors of the economy have been virtual islands that have not absorbed India’s masses of low-skilled labour notes Joshi.

Despite India’s great success, its growth remained well below China’s due to its “partial reform model”, according to Joshi.

For Joshi, India’s poor human capital is one of the major factors holding India back, despite the improvement in education and health standards. Fully one-third of the population aged 15+ are illiterate. School enrolments may be up, but the quality of education is low, reflecting poorly qualified teachers and teacher absenteeism.

And apart from institutes of technology, India’s higher education system delivers poor results. India also has a huge need for vocational and technical education and training if it wants to develop its manufacturing sector and provide decent jobs for its youth bulge which is entering the jobs market and will continue to do so over the coming decades. China’s education is way ahead on all scores.

India also delivers miserable health outcomes for its citizens, notes Joshi. Spending on public health is extremely low. There is still a wide prevalence of child malnutrition, low coverage of immunisation, severe lack of decent sanitation facilities and life expectancy is much lower than China’s.

With such low human capital, it is thus not surprising that Joshi should describe the employment situation as “alarming”. A small minority of workers have good jobs in the organised modern sector of the economy, in which wages and labour productivity are relatively high.

The vast majority of workers are crammed into the unorganised sector doing low productivity work, with paltry earnings and dire working conditions. And the future of employment looks even worse — around a million new job-seekers will enter the labour force every month for the next three decades, thereby perpetuating a two-tier economy.

What’s the problem? According to Joshi, a major problem would be rigid labour laws which protect those with jobs and discourages job creation in the organised sector of the economy. Ironically, labour regulations are in fact anti-labour, as they protect a small minority of workers. There is a strong disincentive to hire workers if they are impossible to fire. Trade unions, though small in membership, are politically very powerful.

Another factor holding back India’s economy is the barriers to entrepreneurship and doing business argues Joshi. It does not offer an enabling environment for enterprises to enter the market and grow. India must continue to liberalise the business environment, but at the same time it must safeguard competition, and restrain corruption and crony capitalism.

And while starting and operating a business is difficult, insolvency procedures have also worked badly. Company and labour laws prevent bankrupt firms from being closed down. Authorisation is needed to close down firm and fire workers. It is to be hoped that the new bankruptcy laws, implemented since the publication of this book, are a step in the right direction.

The Indian state is still a large owner of companies and banks. They are characterised by poor performance relative to private companies, as they are often subject to political interference and are insulated from competition. The financial sector in particular is underdeveloped.

India’s market economy is greatly distorted by price controls which are designed to shield poor people from high prices for commodities like oil, natural gas, electricity, rail services, fertilisers, and water. But these subsidies cost lots of money, and result in many inefficiencies. Joshi argues for a universal basic income to be offered to all Indian citizens as a replacement for the myriad ineffective subsidies designed to help the poor.

Joshi argues the case for a uniform nationwide GST to replace state taxes and to make India a single market. It is also to be hoped that the GST implemented since the publication of this book will harmonise the Indian economy.

Another problem identified by Joshi in India’s economy is the very distorted land market. Land titles are extremely unclear, especially in rural areas, making it difficult to transfer or sell land and put them to more efficient uses. The government’s land acquisition regulations and arrangements are dreadful.

India’s abysmal infrastructure has been a chronic problem. Things have been improving, however, with the private sector playing a big role in provision of infrastructure, like roads, electric power, ports and airports, both alone and in partnership with government.

India also has an atrocious environment says Joshi. It ranks 155th out of 178 countries in the Yale-Columbia environmental protection index. It now boasts half of the world’s 30 cities with the worst outdoor air pollution, including the top four (Delhi, Patna, Gwalior, Raipur). Deaths of children under five from water pollution are 315 per 100,000 children compared with 56 for China and 0.1 for the United States. And while energy usage is a prime cause of the poor environment, at present more than 300 million Indians lack access to electricity.


Challenges for a prosperous India

To become a prosperous nation -- like a high-income country by today’s standards -- India needs super-fast and high-quality growth, around 7 per cent per capita for the next two or three decades. But this would require rapid and continuous policy reforms that go well beyond the partial reforms to date. The role of the state, market and private sector need to be more effectively defined -- through deeper liberalisation and smart regulation argues Joshi.

The only countries to achieve such growth rates have been Korea, Taiwan and China -- and none of these economies were democracies during their high growth periods. Indeed, the vast majority of countries have found such high growth rates to be beyond their capacity. And in India’s case in particular, it is hampered by historically being a weak state -- unlike China which has a long tradition of central authority.

Joshi is thus doubtful that India can achieve a long period of high growth. Its fractious democracy makes it difficult to achieve. Further, the international economic environment is now much harsher. And India will have to take environmental objectives more seriously than others did.

What is more likely is a future of more modest growth, 4-5 per cent, says Joshi.

Joshi shares the frustration of many that India may never achieve Chinese-style growth rates. But it is also possible that over the very long term that India’s model make be more sustainable.

As the current trade war between China and the US highlights, China’s mercantilist growth model may not be sustainable. The US and other Western countries will not tolerate forever development based on subsidised exports, closed domestic markets, rampant intellectual property theft and forced technology transfer.

India’s economic trajectory -- driven more by its domestic economy and reform pushed by occasional crises and otherwise by stealth -- may work better over the very long term. And also over the very long term, India’s democratic political system, despite its weak state, may be less brittle than China’s authoritarian model.