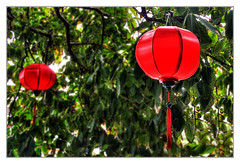 The Asian Century – perhaps no longer a certainty

Roger Coombs reviews John West's book, "Asian Century – On a Knife Edge".
DRIVEN by the sheer scale of its vast population, by its over-arching position of geo-political dominance, and by the prevailing regional winds of social and commercial progress, the rise of Asia to a position – to its rightful position, according to some – of global economic and strategic dominion is an unopposable certainty.

Well, that – at least – has been the orthodoxy of the past decade, if not indeed for the majority of the post-World War II period.

And it’s not difficult to understand why that political ideology came to be so widely accepted and endorsed. The evidence was there for all to see.

There was the incontrovertible ‘miracle’ of Japan’s transformation from militaristic feudalism to a modern, free-market, manufacturing and commerce-based democracy; there was the emergence of Korea, Singapore, Taiwan and Hong Kong as the ‘Asian Tigers’. More lately the world has witnessed – and benefitted from - the staggering growth of the Chinese and Indian economies, while nations such as Indonesia, Malaysia and Thailand have experienced rapid rates of growth.

No wonder, then, that world leaders – Julia Gillard, former UK Prime Minister David Cameron and Former US President Barack Obama among them – were so completely convinced of the inevitability of the so-called ‘Asian Century’, of the coming of an era when Asia collectively would rival the developed Western world as the dominant global economic force.

But that certainty could be much and very seriously misplaced, according to highly credentialled Australian economist, academic and author, John West, whose scholarly volume, Asian Century – On a Knife Edge, (Palgrave Macmillan, 2018) outlines the serious obstacles which the majority of Asian nations must still overcome in their shared quest for greater prosperity, stability and progress.

And one of those ‘obstacles’ is something – or more correctly, someone – entirely beyond their control - or anybody else’s, for that matter. It’s Donald Trump, whose policies of ‘America First’ protection, trade limitations, tariff reimpositions and isolationism will have seriously negative consequences, just at the precise moment in history when Asia is in especial need of greater commercial, cultural and social engagement with the Western world, West argues.

With Asia in perhaps its greatest need of closer involvement with the advanced Western economies, along comes a US president whose polices seem calculated to undo more than half a century diplomacy and trade development. The very first paragraph of the book sets out the author’s well-argued thesis:

" Asia, the continent just across the Pacific Ocean from the US, has been pushed into uncharted waters with the election of Donald Trump to the presidency of the US. The challenge of navigating this “new normal” comes just as Asia’s own economies and politics are more vulnerable and fragile than they have been for a very long time."

Not that West sheets home responsibility to Donald Trump for all the challenges which Asian economies must confront in their quest for modernity, peace and prosperity. In his well-arranged volume – sub-titled A 360-degree analysis of Asia’s recent economic development - he details what he sees as the seven most significant issues that Asian leaders address.

Each of those issues is discussed in careful detail in separate chapters, and to list them here in brief may do West a disservice – but for the sake of a ‘digest’ for this review, they are:

1. The problems Asian companies and corporations (and by extension, Asian workers) face in extracting proper value for the work they perform for others in so-called ‘Global Value Chains;

2. The problems of urbanisation as increasing numbers of people move from rural areas to cities;

3. The intractable problem of discrimination against minorities, still prevalent across much of Asia;

4. The demographic problems of aging populations;

5. Government instability and the lack of democratic process;

6. The rise of criminality and

7. The threats to peace in the region, particularly as China seeks to establish its domination and its strategic regional opposition to the United States.

Properly referenced and detailed, West’s well-argued volume will appeal not just to serious economists and political scientists, but also to other readers with an interest in the major themes and currents of political and social debate in our region.

From the vantage point of suburban Sydney, it’s easy to envisage Asia as amorphous and homogenous, as a place which is increasingly similar to the rest of the world, as a benign holiday destination, as a region of peace, prosperity and harmony. West’s deeply reflective analysis will serve to undermine those un-considered preconceptions, to the benefit of anyone with an interest in attaining greater appreciation of the complex economic, political and ideological contexts which define the lives of our northern neighbours.

Available free, on-line, thanks to West’s generosity, the book will also be a useful primer for anyone wishing to unravel and understand the historical context of the current, and sometimes contradictory, state of affairs some Asian countries.

How, for example, can it be that China – already the world’s largest economy in terms of its purchasing power – has such an inferior per-capita GDP (about one quarter of per capita GDP in the USA)? How is it that Japan can have such a remarkably efficient transport network, but struggle to service its public debt? Why do Asian elites still send their children abroad to be educated? What is the likely consequence of China’s one-child edict? Why is South Korea so much more prosperous than its China-backed northern namesake?

But be warned – this is not a lightweight airport read, the sort of tome to wile away the hours while you wait for something better to do. Far from it; it’s a book worthy of the closest attention. But give it that, and you’ll be well rewarded.

You might even gain a new insight into the unpredictably vagaries of the Unites States’ orange-hued President!

Roger Coombs is an author and former journalist.