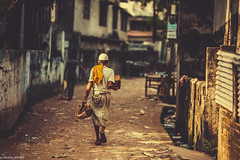 Income inequality has been holding back Asia's poverty reduction efforts, writes John West.
The impressive reduction in Asian poverty could have been much greater had it not be for the rise in income inequality since 1990 in most of Asia, especially in Asia's population centres of China, Indonesia, Hong Kong, and India. This increasing inequality was a turnaround from the earlier period when economies like Hong Kong, Japan, Korea, Singapore, and Taiwan were able to achieve "growth with equity". Income inequality, as measured by the "Gini coefficient" is now higher in Asia than in the rest of the world.

What has caused the increase in inequality? According to the IMF, rapid technological change which requires high-skilled workers, and displaces lower skilled workers has been an important factor. Rapid economic development has also favoured urban areas rather than rural areas, giving rise to "spatial inequality". Unequal access to education has been another factor as richer towns offer better education than poorer towns, and richer families can afford a better education for their children than poorer ones.

There is much that governments can do to improve income inequality through government spending and redistribution. Moreover, it is important to improve the "equality of opportunity" to education, health and financial services which weigh on future inequality. And many governments, notably in China, are making the rights noises. But too little effort is actually being deployed. This is important, not only for enhancing the fight against poverty. Inequality can lower future investments in education and health, thereby compromising future economic prospects. It can also foster populism, and weaken the support for pro-growth policies, as well as lead to social and political instability.