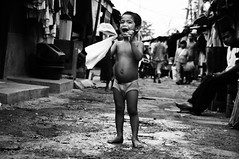 Indonesia’s infrastructure crisis is inhibiting poverty reduction and economic growth, and is breeding dangerous slums in its major cities, writes John West.
Asian cities like Hong Kong, Singapore, Tokyo and Seoul have some of the world’s best infrastructure. And yet other Asian cities like Jakarta, Surabaya, Dhaka, Karachi, Manila, and Mumbai have some of the world’s worst. It is hardly surprising that the Asian Development Bank estimates that Asia needs to invest approximately $8 trillion in overall national infrastructure between 2010 and 2020, as well as a further $290 billion on specific regional infrastructure projects. And with Asia’s urban population growing rapidly, a large share of these infrastructure needs are to be found in urban centers.

One indicator of the dire state of the infrastructure in some Asian cities is their traffic condition. Based on the Castrol Magnatec Stop-Start Index, published in 2015 by British motor oil firm Castrol, Jakarta would have the world’s worst traffic out of a list of 78 international cities and regions in the globe, while its neighboring Javanese city of Surabaya would have the fourth worst.

Other Indonesian transportation infrastructure is also totally inadequate, notably rail networks, seaports and airports. This is of course a great inconvenience to Indonesian citizens. But it also has severe adverse effects on domestic business and foreign investment. This is a key reason why Indonesia’s logistics costs (around 27% of GDP) are so much higher than its neighbors.

Despite the appalling infrastructure of Indonesian cities like Jakarta and Surabaya, Indonesia made very impressive progress of the past couple of decades, thanks notably the commodity super-cycle. Indonesia also experienced a great wave of urbanization, as its urban population rose from 31% in 1990 to 53% in 2014. Indonesians were attracted by the opportunities offered by a quickly growing economy. The country also saw an impressive improvement in people’s lives, with the proportion living in extreme poverty (living on less than $1.90 a day) falling from 57% in 1990 to 16% in 2010.

But these rosy statistics hide a multitude of sins. A more relevant poverty line for Indonesia’s urban population (and also much of its rural population) would be the World Bank’s “moderate poverty line” of $3.10 a day. On this basis, some 42% of Indonesians would still be living in poverty (down from 85% in 1990). This represents a very substantial slice of the country’s population, over 100 million persons.

And according to the Ministry of Public Works, there were 34.3 million Indonesians living in slums in August 2014. Jakarta’s slums are so infamous that organized tours now visit them.

A major factor behind Indonesia’s poverty, slums and the general precarious state of development is the paucity of its infrastructure. Under-investment in infrastructure would have lopped around one percentage point a year off Indonesia’s economic growth over the past decade, according to the World Bank, thereby robbing the country of further potential poverty reduction and prosperity growth. The country’s infrastructure deficit also means that income measures of poverty underestimate the deprivations of the Indonesian people, because they also suffer from inadequate access to things like water, sanitation and Internet access.

Many regions suffer electricity blackouts and brownouts, and with power demand outstripping supply. Indonesia may be on the brink of a power crisis, despite the country’s abundance of energy resources. Some 47% of the country’s primary schools lack access to electricity, effectively excluding their students from e-learning. Indonesia has only around 1.2 fixed broadband connections per 100 persons, as compared with 8.4 in Malaysia and 5.0 in Vietnam.

Indonesia’s infrastructure investment collapsed during the 1997/98 Asian financial crisis, and has not recovered since. Infrastructure spending averaged less than 2-3% of GDP over the 2000-2014 period, compared with 6% during Soeharto era. This is the result of low and falling government revenues, heavy public spending on subsidies and entitlements, and a 3% cap on the budget deficit, which has limited government financing for infrastructure.

It is also the product of ineffectual government. The previous President, Susilo Bambang Yudhoyono, even held an “infrastructure summit” in 2005 to lure. But all too projects got off the ground.

Infrastructure spending is still way below the level that is needed to cope with continuing rapid urbanization and to sustain economic growth at 6-7% of GDP. In sharp contrast, China and Indonesia’s neighbors have been investing 7% or more of GDP in infrastructure.

The government of President Joko Widodo has made infrastructure investment one of its highest priorities, while the new Indonesian National Medium Term Development Plan (2015-19) devotes significant attention to infrastructure. And there has been an acceleration in the launch of projects.

However, despite these good intentions, Indonesia faces many challenges in addressing its infrastructure crisis, which will take many years, if not decades, to solve. The government doesn’t have the wherewithal to finance the country’s infrastructure needs. And not even the finances of the World Bank, Asian Development Bank or the much-publicized Asian Infrastructure Investment Bank would be sufficient. Indonesia needs to exploit the potential of Public-Private-Partnerships.

But despite the urgency of the situation, the government bureaucracy has been slow to move into action, in part due to weaknesses of institutional capacity. Inefficient state-owned enterprises dominate the infrastructure scene. And to attract private sector interest requires a robust pipeline of bankable projects. But Indonesia suffers from issues of project preparation quality, regulatory clarity, legal certainty, and corruption. One of the biggest bottlenecks is land acquisition as local people refuse to sell their land or only do so at very high prices.

The case of Indonesia highlights the necessity for a strategic and effective infrastructure to accompany urbanization. Otherwise, urbanization can lead to urban poverty, squalor and slums, with the risk of social instability, crime and violence.