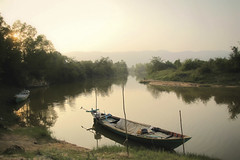 
Cambodia has joined the "Olympians of growth", according to the World Bank. Its economy has grown at an annual average rate of 7.7% over the past two decades, making it the sixth fastest growing country in the world over that period.

“Favourable policies toward open trade and FDI have been key factors behind Cambodia’s rapid economic growth,” says Jan Hansen, the Asian Development Bank's (ADB's) senior country economist in Cambodia. The stock of inward FDI in Cambodia increased from $125m in 1993 to $9.4bn in 2013, an increase from 5% to 57% of the country's GDP, based on UN statistics. And FDI has been the key driver of Cambodia’s exports.

“Following the UN-sponsored national elections in 1993, the Cambodian government implemented an outward-looking strategy and focused on liberalising the economy,” says Pisey Khin, director of local research body Nuppun Institute for Economic Research. “In particular, the government has employed a number of incentives to attract FDI.”

These incentives have included allowing 100% foreign ownership in most sectors, full foreign exchange convertibility, unlimited repatriation of profits, the option of leasing land for 59 years and the establishment of special economic zones (SEZs). Certain investment projects in Cambodia can also register for qualified investment project status, which grants recipients a number of incentives, notably a profits tax holiday of up to nine years, and exemption from taxes on certain imports.

“External factors have also contributed to strong inflows of FDI in recent years,” says Mr Khin. “These factors include rising labour costs in China, the 2011 floods and political instability in Thailand and the desire of Japanese investors to diversify the destinations for their FDI.”

The main source countries for Cambodian inward FDI have been China, Malaysia, South Korea, Taiwan and Vietnam, according to national government statistics, while the principal sectors attracting FDI have been agriculture, banking, energy, garments and footwear and tourism.

“A promising recent development has been the growing investment by Japanese companies, which are undertaking higher value-added and more complex activities,” says Blaise Kilian, advocacy manager at the European Chamber of Commerce in Cambodia. “One example is Minebea, which became the first motor manufacturer in Cambodia when it started small-scale production within the Phnom Penh SEZ in April 2011. It now has more than 7000 employees in Cambodia.

“Another interesting development has been the establishment of Phnom Penh’s first high-end shopping mall by Japan’s Aeon. This is symbolic of the gradual emergence of Cambodia’s middle class.”

A way to go

Thanks to a strong economy, the share of Cambodia's population living in poverty has fallen sharply, from 53% in 2004 to 18% in 2012, while its middle class has grown commensurately.

“The advent of the Asean [Association of South-East Asian Nations] Economic Community in 2015 may enable Cambodia to benefit from regional dynamics [when it comes to] European investors," says Mr Kilian. "Europe already accounts for one-quarter of Asean’s inward FDI, but at this stage, [such investors are] underrepresented in Cambodia, [accounting for] only 3% of FDI. However, the recent inflows of Japanese FDI highlight Cambodia’s potential attractiveness to foreign investors from advanced countries in Europe and elsewhere.”

Despite its strong FDI performance, poor governance has prevented Cambodia from realising its full FDI potential. For example, according to the US Department of State's Cambodia Investment Climate Statement 2015, historically Cambodia’s investment incentives “have not been able to attract significant US capital due to various factors including high levels of corruption, a limited supply of skilled labour, inadequate infrastructure (including high energy costs), and a lack of transparency in government approval processes”.

However, the report also notes some recent positive developments as “the Phnom Penh SEZ has attracted more than $100m in investments from several large US companies, including Coca-Cola, Tiffany & Co and American Licorice”.

Another factor inhibiting Cambodia’s ability to attract FDI has been the lingering impact of the massive loss of skilled Cambodians and severe disruption to the country’s education system suffered during the 1975 to 1979 Khmer Rouge period.

“Cambodia’s labour force is still characterised by low education and low skills. The average educational attainment of the labour force is currently at primary education level or even lower,” says Shandre Thangavelu, a professor at Australia’s University of Adelaide. “To continue to reap the benefits of FDI, it will be necessary to make major investments in school education, and technical and vocational training, as well as infrastructure and public institutions.”

In a recent report for the UN Development Programme, Mr Thangavelu wrote: “The abundance of under-educated, unskilled labour could make it difficult for Cambodia to compete with neighbouring countries for FDI, [without] the much-needed technical know-how and capital to diversify production into higher value-added activities and improve the country’s skills base. Consequently, multinational companies could bypass Cambodia and locate in other emerging Asean economies, possibly undermining the country’s modern industrial development as its low human capital would be insufficient to support competitiveness.”

While improving human capital will be a long-term endeavour, efforts are well under way. “For its part, the ADB has been co-operating with the Cambodian government to improve the institutional capacity of its education services, and to establish an expanded technical vocational education and training system that is better aligned with the country’s basic and mid-level skills requirements,” says Mr Hansen.

The government has also emphasised these issues in its 'Cambodia Industrial Development Policy 2015-2025', which reflects the “urgent necessity for creating a new growth strategy”. This strategy sets out a vision to transform and modernise Cambodia’s industrial structure from a labour-intensive to a skill-driven structure by 2025. In this context, a leading policy measure for this strategy is to “actively promote FDI focusing on improving the investment climate, the development of SEZs and the preparation of industrial zones”. Under the new policy, the southern port city of Sihanoukville will be a priority for SEZ development.

Hopes are pinned on the government staying the course in this ambitious policy endeavour, especially since Cambodia remains one of Asia’s poorest countries. As Mr Thangavelu says: “Without strong interventions to develop human capital, there is a high possibility of the economy becoming caught in a ‘low-skill, low-wage’ trap in the near future.”

This article, written by John West, was first published by FDI-Intelligence, a Financial Times magazine.